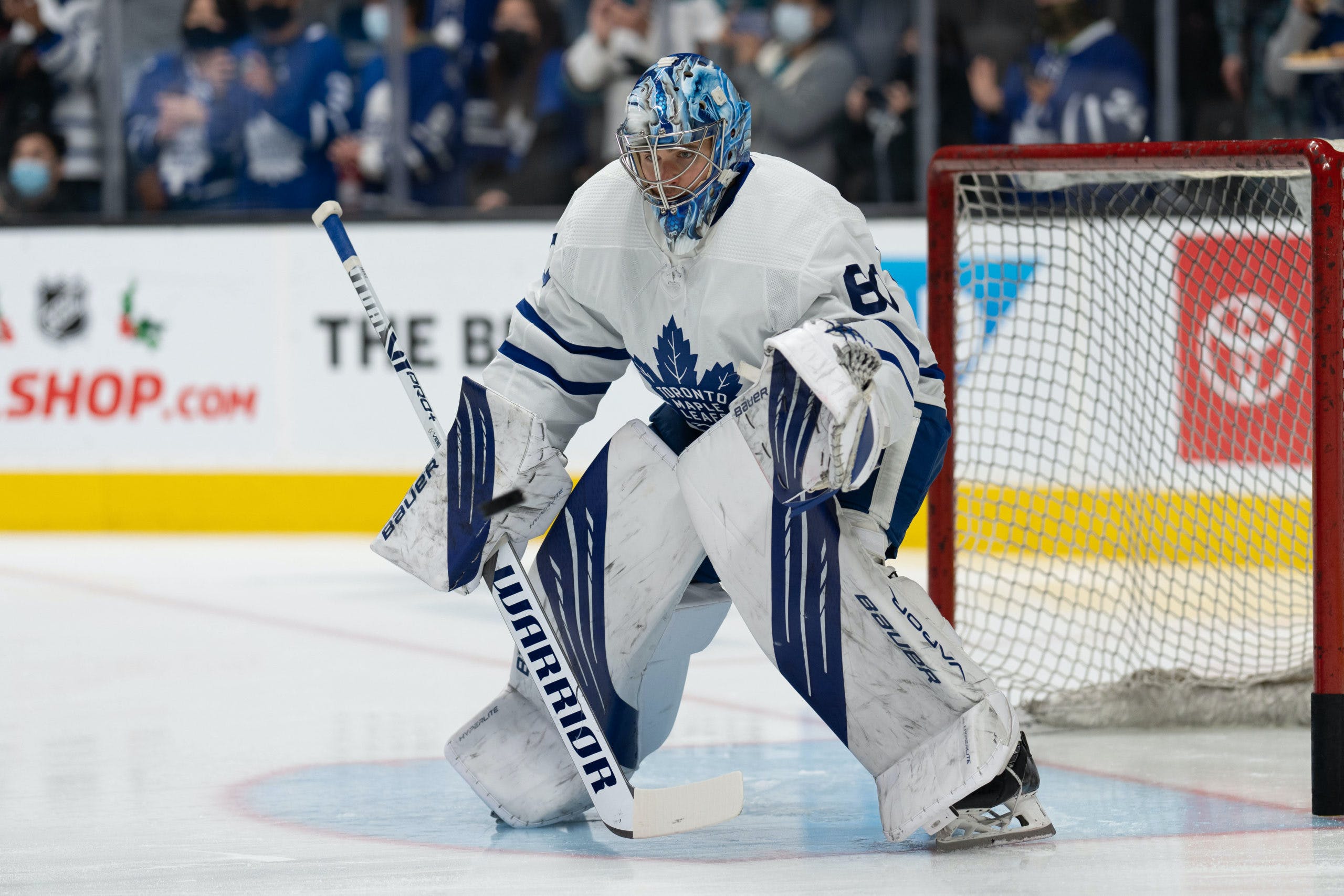 By Nick Barden
9 months ago
The Toronto Maple Leafs announced this afternoon that they’ve signed @Joseph Woll to a three-year contract extension.
The first year of the contract will be a two-way deal, with the final two years being a one-way contract. The AAV is $766,666.
This is a very good signing for both Woll and the Maple Leafs. It allows you to see what the 23-year-old has in the future, while also having him on a cheap contract if things go well.
Woll spent a bit of time with the Maple Leafs this season, accumulating three wins in four games. What’s more intriguing is his .911 save percentage he put up during that span.
The 23-year-old has spent most of this season with the Toronto Marlies. In the eight games he’s played this season, Woll has five wins, and similar to his NHL number, a .911 save percentage.
Throughout the last year, Woll has grown a lot. During the 2021 season, Woll spent a lot of time up with the Maple Leafs, learning from @Frederik Andersen, @Jack Campbell, and @Michael Hutchinson.
When Woll returned to the Marlies, he spoke about being around those players, saying he learnt a lot.
This season, he’s gotten high praise from many of the Marlies players, who say he’s an NHL goaltender right now.
“He’s an extremely athletic goalie, who’s powerful. He’s in tremendous shape.” Said Marlies head coach Greg Moore before Woll received a call-up to the Maple Leafs. He, a lot of times would rely on that athleticism and with a little bit too much movement over the course of the last couple seasons, he’s done a really good job with our coaching staff and our goalie coaches on cleaning up a little bit of his movement and building a system that puts him in better depths of his crease, lessens the movement pre-shot, so now he’s more calm, he’s in position, and he relies on his tactical skills rather than relying on his technical skills.
That’s been the really big thing that I’ve seen in his development over the course of the last two seasons.”
If you don’t know much about Woll’s game, he relies a lot on his athleticism to make saves. The 23-year-old seems to make one or two highlight-reel saves in each game.
But that’s not all he can do.
Over the past year, he’s learnt how to put himself in the right positions on the ice so he doesn’t always have to rely on those big saves.
Woll, after re-joining the Marlies last year, came back with a calm mindset.
A lot of the time, when goalies get scored on, they might stress out a bit. But the 23-year-old has shown that he’s all calm while in the Marlies net, even if things go sideways.
This deal is interesting because of the length. With Woll showing his ability to play in NHL games, there could be a chance at a backup spot on the Maple Leafs in the year(s) to come.
At this moment in time, Woll is still recovering from an injury he suffered on January 15th. Once he returns, it’s pretty clear that he will return to the Marlies, with the Maple Leafs watching his numbers very closely.
Uncategorized
Recent articles from Nick Barden