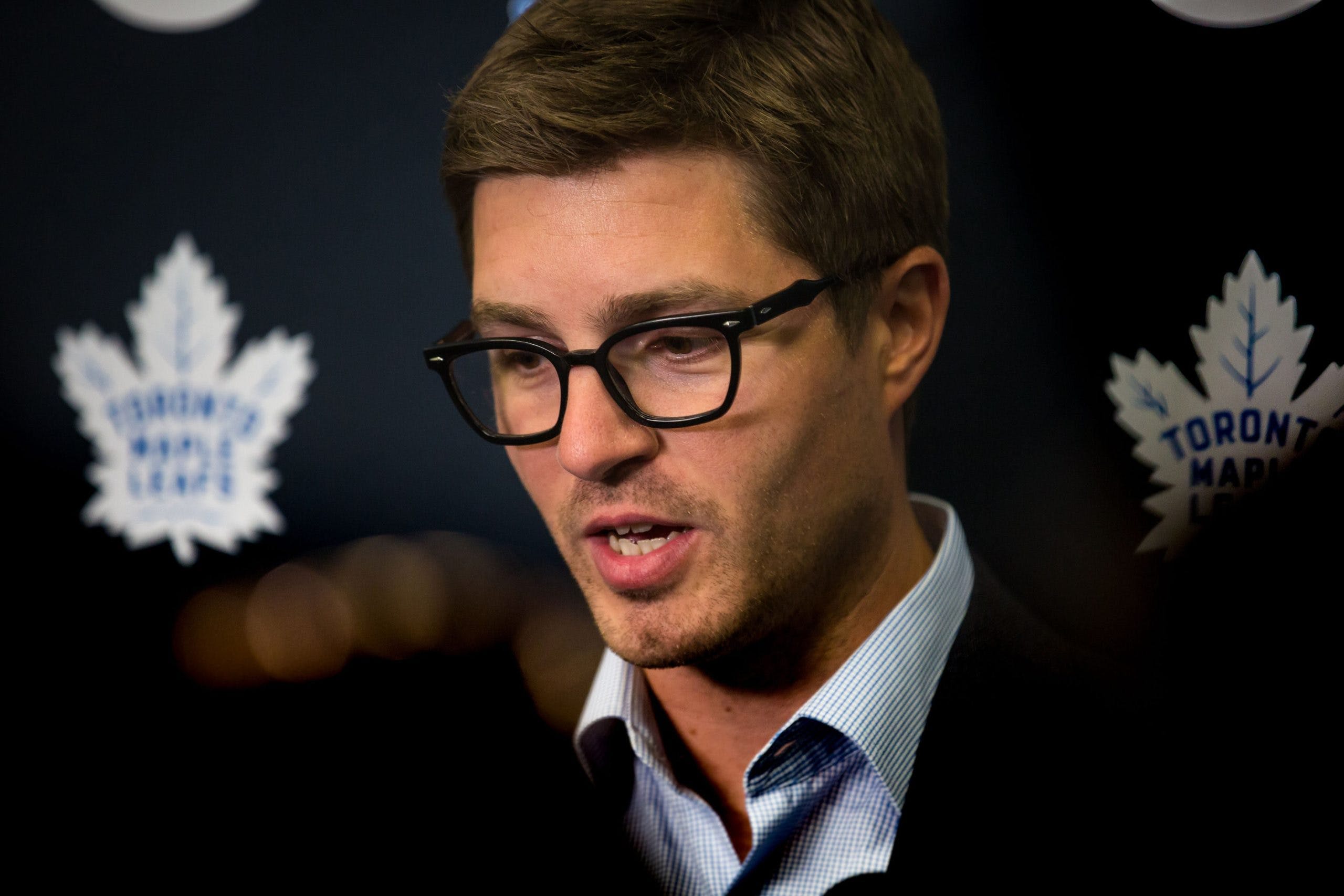 By Nick Barden
6 months ago
Just a few hours after NHL free agency began, Maple Leafs GM Kyle Dubas addressed the media.
The GM spoke about a number of topics just before 4PM ET and specified that Toronto wasn’t done just yet. He elaborated on that, saying the Maple Leafs are still on the hunt for a physical right-shot defenceman.
According to Kevin Weekes, the Maple Leafs just added another depth forward in Denis Malgin. But if they’re looking for a right-shot defenceman who can throw the body around, who might be some options?

This feels like it has to happen at some point.
After finishing off an eight-year, $72 million contract in New Jersey, a scenario where PK Subban comes home to Toronto makes a lot of sense. It makes even more sense when you think about the words “depth defenceman” and “physical”.
The 33-year-old finished last season with 90 hits in 77 games, which would rank him fifth on the Maple Leafs in that category last season. There are plenty of reasons why this would work out for Toronto, but the main one is the fact that he’s slowed down since his knee injury and would likely come to the Maple Leafs on a cheaper deal.
My hope is that this happens because of the story line, but I do believe it makes sense for Toronto too.

At 32-years-old, signing a player like Michael Stone could work out well for Toronto.
There’s been a lot of injuries in the past with the defeceman, but he might still be able to provide value as a depth option. In his last 79 games, which has spanned across four seasons with the Calgary Flames, Stone tallied 129 minutes while averaging top-four minutes.
Stone signed a league minimum deal to remain in Calgary last season and with the way they’re going, I’d like to believe he’d want to be on a contending team next year. It makes sense for Toronto to land him because there could still be a lot of value at the age of 32, even if he doesn’t play that much.
This would be an interesting move, if it were to happen.

I’ll be honest, after the two guys above, there aren’t many physical depth defencemen left on the market. So, we end up with Mark Pysyk, who was last signed for $900,000.
In the last few seasons, the 30-year-old hasn’t been the biggest hitter, but he’s show that there’s a physicality to his game throughout his career. Back in the 2018-19 season, Pysyk threw 133 hits in 70 games — it’s a long time ago — I know.
There’s always a chance, even at 30-years-old, that he could return to that form. It’s a 50/50 chance, but at least it’s a chance.
At the end of it all, though, this is a depth defenceman who likely will be signed at around league minimum by the Maple Leafs. Yes, he has to be good, but he’s not going to be that heavily relied on unless an injury comes to fruition. Even then, the player will play on the bottom pairing.
To me, these are three options that make sense.
More from TheLeafsNation.com