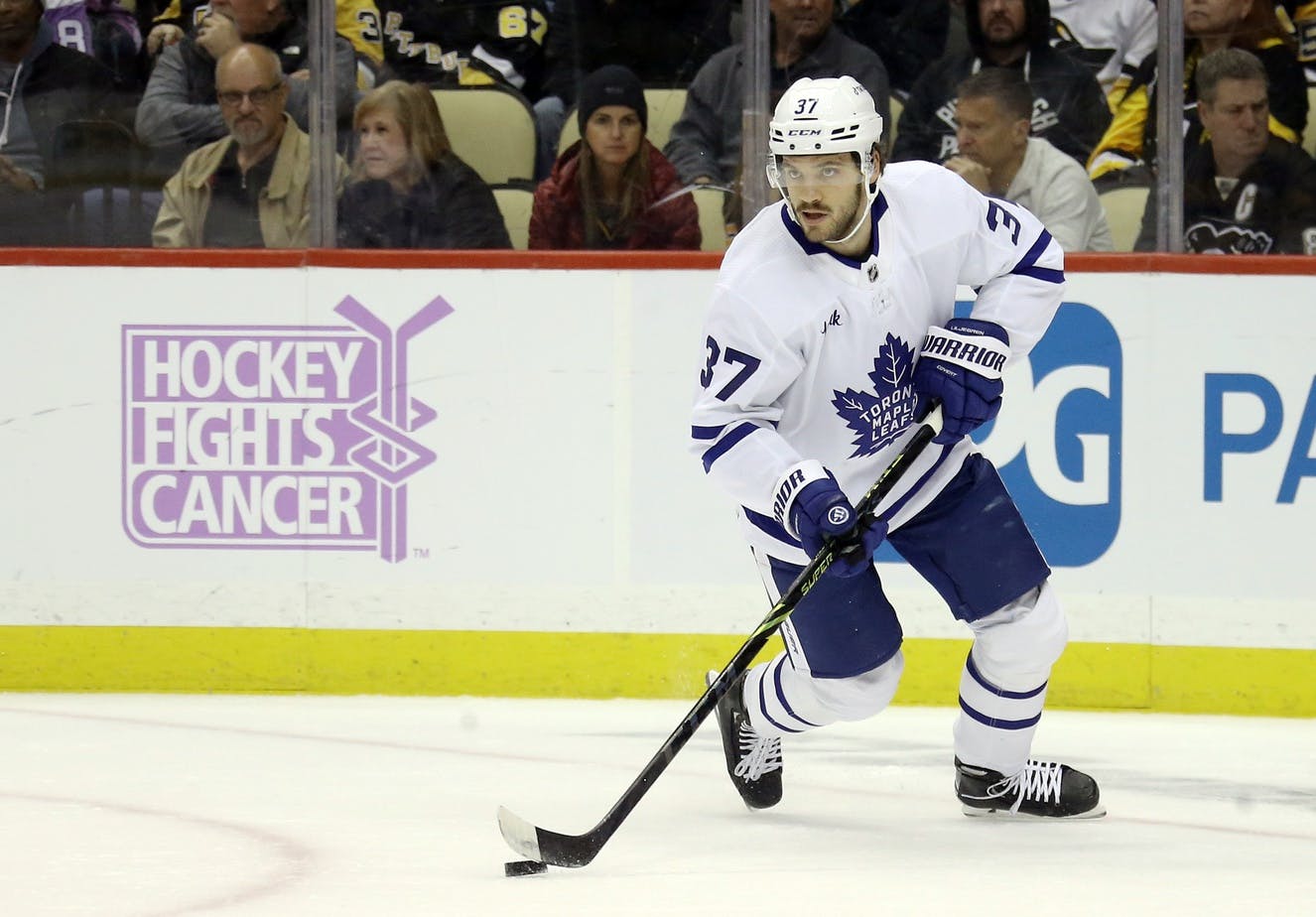 By Mike Gould
1 month ago
The Toronto Maple Leafs went without defenceman Timothy Liljegren for much of the back half of Thursday’s 3–1 loss to the New York Rangers, and we found out why after the game.
According to Maple Leafs head coach Sheldon Keefe, Liljegren suffered an upper-body injury against the Rangers and will be assessed by team doctors on Friday.
Further to that, Sportsnet’s Luke Fox said he saw Liljegren walk out of Madison Square Garden on Thursday evening with his right hand wrapped up in bandages.
Liljegren started his final shift of Thursday’s game at the 14:18 mark of the second period and did not return to the ice after stepping back onto the Toronto bench at 15:09.
Overall, Liljegren logged just 10:25 on Thursday and finished the game with an even rating and two blocked shots. He, along with Mitch Marner, did not pick up a point on the Maple Leafs’ lone goal of the contest.
The Maple Leafs originally selected Liljegren in the first round (No. 17 overall) of the 2017 NHL Draft. The six-foot, 198-pound right-handed defenceman debuted with the Maple Leafs in 2019–20 and finally emerged as a regular two years later, scoring five goals and 23 points in 61 games during the 2021–22 regular season.
Through 20 games with the Maple Leafs in 2022–23, Liljegren has two goals and five points while averaging a career-high 18:30 per night (a figure that took a tumble down from 18:56 following his abbreviated appearance on Thursday).
Michael Bunting scored the Maple Leafs’ lone goal in their 3–1 setback against the Rangers on Thursday. Former Leafs forward Jimmy Vesey scored both the winning and insurance goals for New York, which improved to 16–10–5 with the win.
Filip Chytil also scored for the victorious Rangers. Mitch Marner failed to register a point for the first time since October 24 (and only the third time this season).
The Maple Leafs (19–6–6) will return to action on Saturday when they visit the Washington Capitals (15–13–4). By then, we might know a little more about Liljegren’s status for the games ahead.
News
Recent articles from Mike Gould