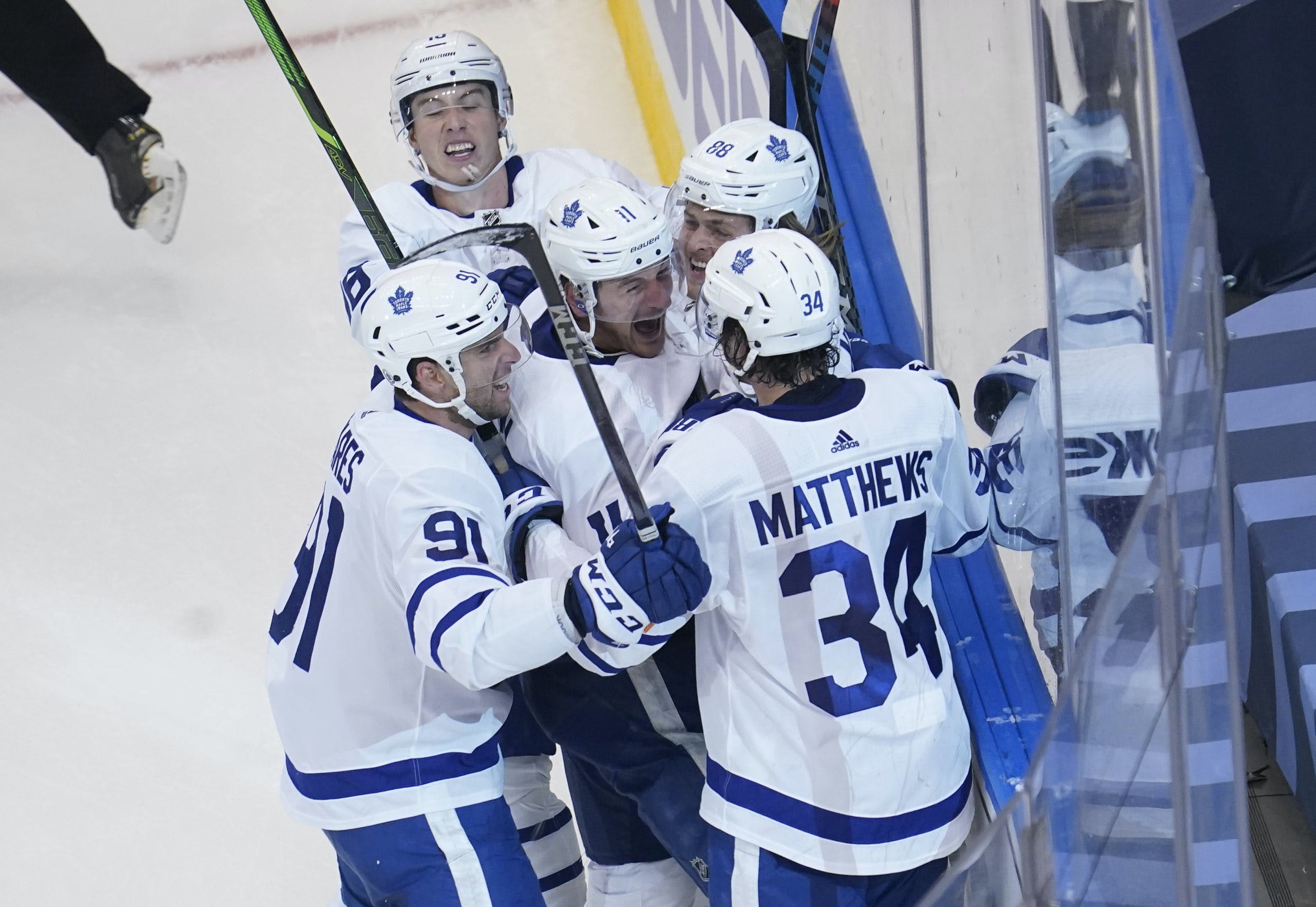 By Nation World HQ
1 year ago
by OddsShark (@OddsShark) – Sponsored Post
The Toronto Maple Leafs are more up to game speed than the Montreal Canadiens in a matchup that is a toss-up on paper. The Maple Leafs will face the rival Canadiens in a game that is a -110 pick’em with a 6.5-goal total on the NHL odds for Saturday at sportsbooks monitored by OddsShark.com.
Toronto is 9-6 in its last 15 games on the road at -110 to -130, with the OVER hitting in nine of those matchups at betting sites. Montreal, which is returning to action from a six-day break and also has a game against the Ottawa Senators on Sunday, is 6-9 in its last 15 games that were the front end of a back-to-back. The total has gone OVER in eight of the Canadians’ 11 most recent games when they were also playing the next day.
Maple Leafs vs Canadiens | OddsShark Matchup Report
Toronto is 2-1-0 against Montreal. Head-to-head, the Canadiens have been slightly more proficient than the Maple Leafs in the five-on-five phase, with a 50.9 expected-goals for percentage (xGF%) and 54.0 high-danger chances share, according to Natural Stat Trick. (All advanced stats include only five-on-five play.)
The Maple Leafs improved to 13-3-2 with a 7-3 home win against Ottawa on Thursday, and have also won 13 of their last 20 away games when they had one day of rest. Toronto has arguably upgraded its top two lines since it last faced Montreal on Feb. 13. The Auston Matthews-Joe Thornton-Mitch Marner first line is back together, while MoneyPuck credited the John Tavares-Alex Kerfoot-William Nylander second line with a 67.0 xGF% in the Ottawa game. One injury issue to monitor is left wing Zach Hyman, whose absence Thursday led to Kerfoot joining the Tavares line.
Toronto ranks 19th in the 31-team NHL in their share of shots for (48.9 percent), but ranks  15th in expected goals-for percentage (50.9) and 12th (51.3) in high-danger chances share. The Maple Leafs are second in goal scoring (3.72 per game) and 10th in goals against (2.67), while boasting the first-ranked power play (34.6 percent) and 17th-ranked penalty killing unit (80.0).
Frederik Andersen, who has had two days off since his last start, is 10-3-2 with  a 2.67 goals-against average and .905 save percentage. Andersen also has a 9-4-2 record, 2.59 GAA and .921 save percentage in 15 career games against Montreal.
The Canadiens are 9-4-2 and their improvement this season means bettors will have to decide how much to discount a 3-8-1 record in their last 12 home games with two or more days of rest. Montreal’s deep defense led by Ben Chiarot, Jeff Petry and Shea Weber should create challenges for Toronto. Wingers Josh Anderson and Tyler Toffoli are exceeding projections in the goals column, which raises concerns about a regression. However, Montreal has true four-line strength and depth forwards such as Joel Armia and Corey Perry who also get power-play time should be considered in goal-scorer props.
Montreal is first in the NHL in both their share of shots for (56.4 percent) and  expected goals-for percentage (56.6) and second (59.4) in high-danger chances share.  They are sixth in goal scoring (3.47 per game) and sixth in goals against (2.53), while boasting the 15th-ranked power play (20.8 percent) and 18th-ranked penalty killing unit (80.0).
Goalie Carey Price is 5-2-2 with  a 2.64 GAA and .901 save percentage. In his last 15 games against Toronto, Price is 8-3-4 with a 2.83 GAA and .903 save percentage.
Check out OddsShark on Twitter and Instagram or head to YouTube for analysis on this week’s top games. As well, the OddsShark Computer serves up daily NHL picks for bettors.
Content
Odds News
Recent articles from Nation World HQ