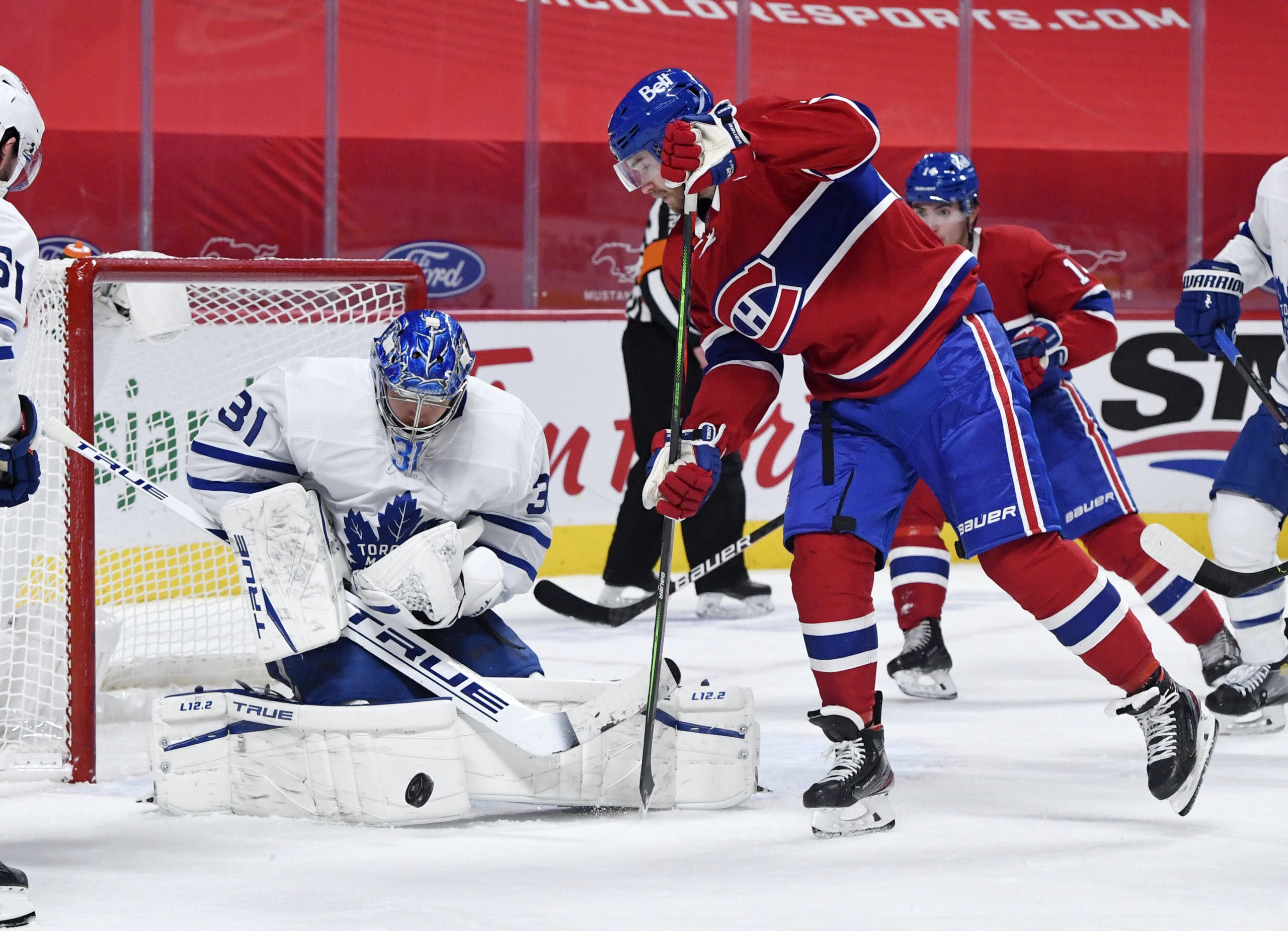 By Nation World HQ
1 year ago
by OddsShark (@OddsShark) – Sponsored Post
The Toronto Maple Leafs’ edge in rest could be an X-factor in a likely playoff preview, but there is more obvious motivation for the Montreal Canadiens in what has been a tight matchup all season. The Maple Leafs are -140 away favorites and the Canadiens are +120 home underdogs with a 6.0-goal total on the NHL odds for Wednesday at sportsbooks monitored by OddsShark.com (how the moneyline works).
Toronto is 5-4 in its last nine away games against Montreal. The Maple Leafs are also 7-2 in their last nine away games as a -125 to -155 favorite, and five of the last six such matchups have either finished UNDER or in a PUSH at online betting sites. The Canadiens are 6-7 in their last 13 games as a home underdog, with seven matchups finishing OVER and two in a PUSH.
The Maple Leafs, who host the Vancouver Canucks on Thursday, are 4-2 this season when they also have a game the following day; only two of those matchups have finished OVER.
Maple Leafs vs Canadiens | OddsShark Matchup Report
Toronto leads the season series 4-2. Montreal has a 12-11 edge in goals during the five-on-five phase. The Maple Leafs’ respective shares in expected-goals percentage, or xGF% (50.4), scoring chances (49.9) and high-danger chances (49.8), per Natural Stat Trick, also show there is usually little separation between the rivals. The Maple Leafs are five-for-15 on the power play and the Canadians are three-for-10. (All advanced stats are based on score- and venue-adjusted five-on-five play.)
The Maple Leafs, who are 30-13-5, have had three days to reset since a two-game road sweep of the Winnipeg Jets that tightened their grip on the North Division lead. The Auston Matthews-Nick Foligno-Mitch Marner and John Tavares-Alex Galchenyuk-William Nylander lines (listed center-left-right) have led Toronto to a run of four consecutive games with a five-on-five xGF% of 53 percent or higher. Matthews and Nylander both had six shots on goal without scoring against Winnipeg on April 24. Over the last three seasons, Toronto is 7-1-1 in away games with three or more days of rest. They have averaged 4.00 goals in those games, but defensive containment will likely be higher priority in Toronto’s game plan since they were porous during their last matchup against Montreal on April 12.
Since March 29, Toronto ranks eighth in goals-for percentage, or GF% (56.5), and second in xGF% (59.3) among the 31 NHL teams. The Maple Leafs are 10th in goals per game (3.14) and 20th in goals against (3.00) over this span, while their power play ranks 28th (8.3 percent) and their penalty killing ranks 27th (75.0).
Jack Campbell, who has a 13-2-1 record with a 2.21 goals-against average and .922 save percentage, will likely start in goal for Toronto. Campbell is 2-1-1 with a 1.75 GAA and .945 save pct. in four career games against Montreal.
The Canadiens, who are 21-17-9, are doing just enough to secure the final North Division playoff berth. All four Montreal lines, including the top-six forward corps made up by the Phillip Danault-Tomas Tatar-Cole Caufield and Nick Suzuki-Tyler Toffoli-Joel Armia units, had an xGF% under 50 percent during Montreal’s 2-1 win against the Calgary Flames on Monday. Bettors will have to decide whether to favor  the way Montreal has gone toe-to-toe with Toronto all season, or the Canadiens’ recent form where they have had the edge in five-on-five xGF% in only two of their last eight games. Right wing Josh Anderson has a team-most four goals against Toronto. Since the start of the 2019-20 season, Montreal is 16-13-4 over 33 home games played with one day of rest.
Montreal is 21st in GF% (46.1) and 16th in xGF% (49.6) over the past 30 days. During this span, the Canadiens are 27th in goals per game (2.25) and 21st in goals against (3.06). Their power play ranks 26th (11.1 percent) and their penalty killing ranks 18th (79.6).
Jake Allen, who has a 9-9-4 record with a 2.49 GAA and .913 save percentage, will start in goal since Carey Price (concussion) is sidelined. Allen is 1-1-0 with a 2.55 GAA and .912 save percentage in two starts against Toronto this season.
Check out OddsShark on Twitter and Instagram or head to YouTube for analysis on this week’s top games. As well, the OddsShark Computer serves up daily NHL picks for bettors.
Odds News
Recent articles from Nation World HQ