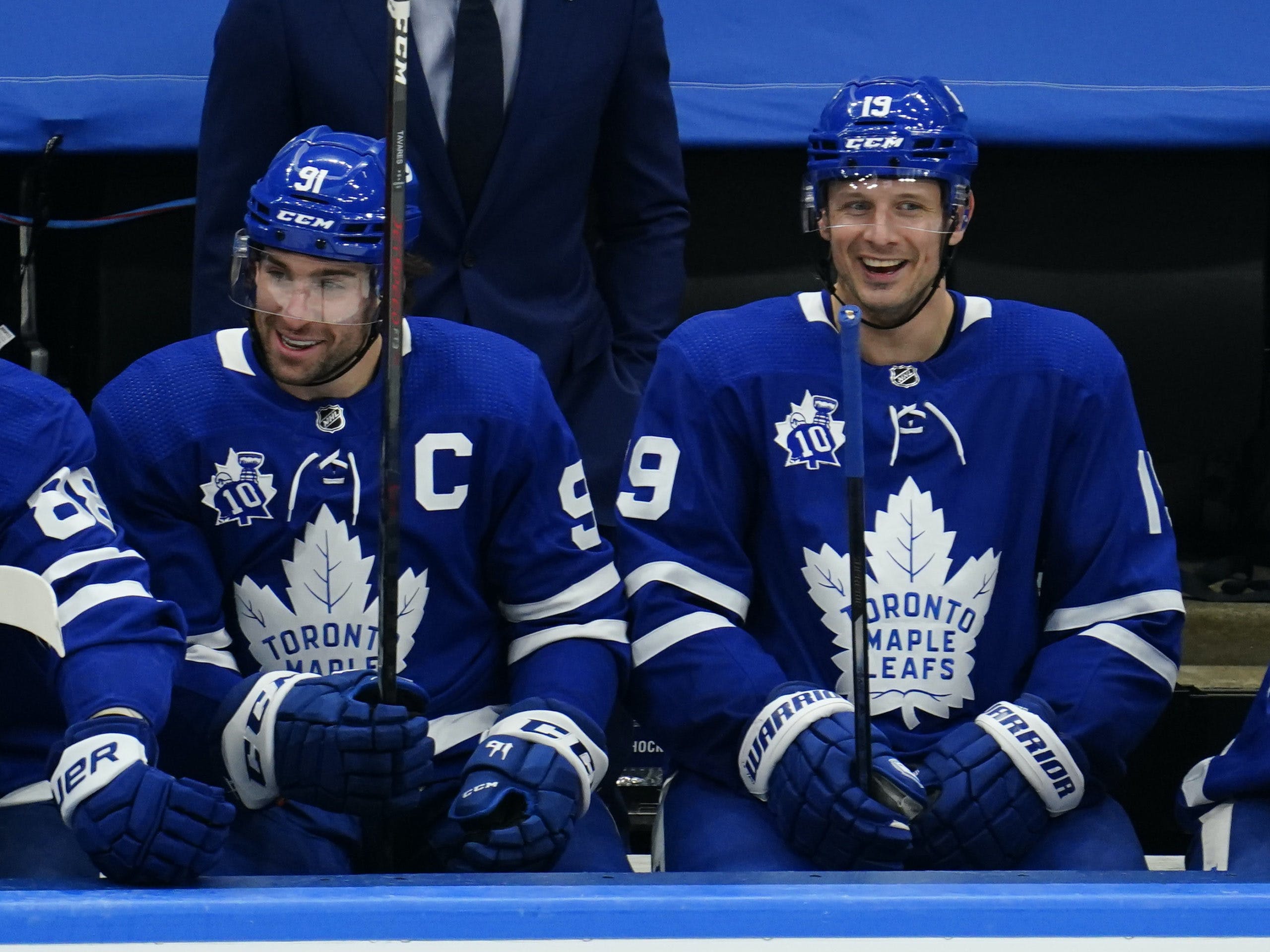 By Nation World HQ
1 year ago
by OddsShark (@OddsShark) – Sponsored Post
There is more upside and value in the UNDER trends in the Toronto Maple Leafs’ road matchup against the Vancouver Canucks, who were laid up for three weeks after a teamwide COVID-19 outbreak. The Maple Leafs are -270 away favourites and the Canucks are +239 underdogs with a 6.5-goal total on the NHL odds for Sunday at sportsbooks monitored by OddsShark.com.
Over the last five seasons, the Maple Leafs are 1-5 as an away favourite against the Canucks, and all six matchups finished UNDER at online betting sites . The Maple Leafs are 6-3 in their last nine games as an away favourite of -175 or deeper. The Canucks are 7-10 in their last 10 home games as an underdog of +150 or more, with five of the last six matchups finishing UNDER.
Maple Leafs vs Canucks | OddsShark Matchup Report
The Maple Leafs lead the season series 3-2. Toronto has outscored the Canucks 16-6 in the five-on-five phase with big edges in expected goals-for percentage, or xGF% (60.9), scoring-chance shares (58.8) and high-danger chances share (62.2). The Maple Leafs are two-for-14 on the power play and the Canucks are six-for-14. (All advanced stats are based on score- and venue-adjusted five-on-five play.)
The Maple Leafs, who are 28-12-4 but have lost three consecutive games, should have their first-choice lineup. The Auston Matthews-Alex Galchenyuk-Mitch Marner first line practiced Saturday after NHL goals leader Matthews (wrist) sat out one game due to injury. Toronto is also set to roll out a new John Tavares-Nick Robertson-William Nylander second line after Nylander spent nine days in quarantine. Matthews leads Toronto in goals (five) and shots (21) against Vancouver, while both Marner (one goal on 16 shots) and Nylander (zero on 14) might be overdue to tally.
Since March 4, Toronto is second in the 31-team NHL in both xGF% (58.3), scoring-chance share (58.0) and high-danger chances share (60.6). However, the  Maple Leafs are 14th in goals per game (2.85) and 20th in goals against (3.05). Their power play (4.3 percent) and penalty killing (68.2) both rank 31st.
Jack Campbell, who has an 11-2-0 record, 2.19 goals-against average and .922 save percentage, is confirmed as Toronto’s starting goaltender.
The Canucks, who are 16-18-3, only resumed practising and rebuilding their game speed on Thursday. Vancouver also had a sub-50 five-on-five xGF% in 12 of its last 14 games before so many players and their family members contracted coronavirus. The members of the Bo Horvat-Nils Höglander-Brock Boeser first line are healthy, and so is center J.T. Miller, who shares the team lead in goals and points against Toronto. Vancouver has closed practices to the media, but center Elias Pettersson (upper-body injury) and physical winger Jake Virtanen (COVID-19 protocol) are sure not to play.
Vancouver is 28th in xGF% (43.9), 31st in scoring-chance share (38.6) and 26th in high-danger chances share (44.9) within the past 45 days. During this span, the Canucks are 30th in goals per game (2.18) and 14th in goals against (2.64). Their power play ranks first (30.0) and their penalty killing ranks 30th (72.4).
Braden Holtby, who is 4-6-2 with a 3.57 GAA and .894 save percentage, is Vancouver’s best goaltending option since starter Thatcher Demko will not be ready to play.
Check out OddsShark on Twitter and Instagram or head to YouTube for analysis on this week’s top games. As well, the OddsShark Computer serves up daily NHL picks for bettors.
Odds News
Recent articles from Nation World HQ