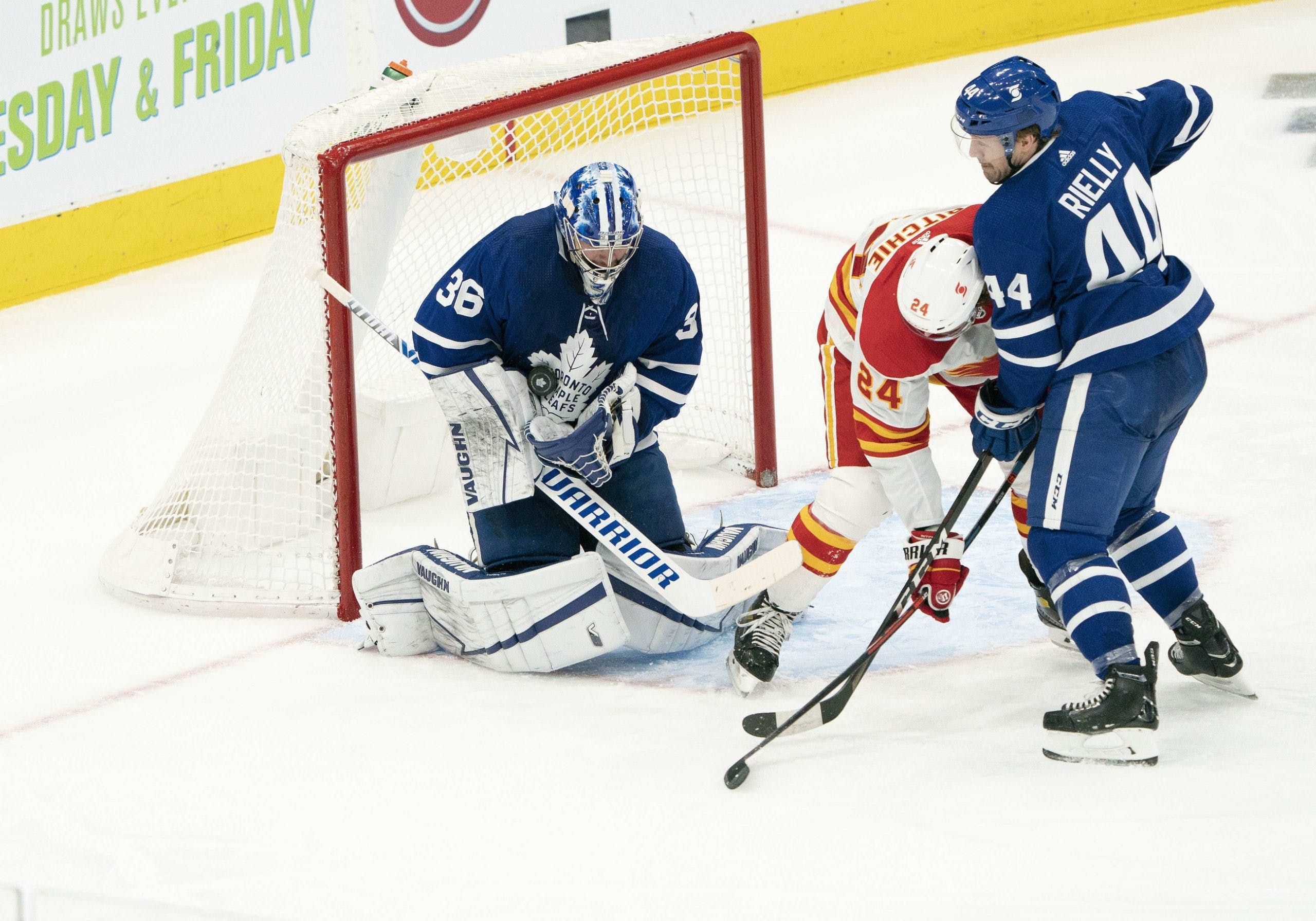 By Nation World HQ
1 year ago
by OddsShark (@OddsShark) – Sponsored Post
Saving Jack Campbell for the second night of a back-to-back might help the Toronto Maple Leafs keep their recent groove in a scenario where they tend to struggle. The Maple Leafs are -150 away favourites and the Flames are +130 underdogs with a 6.5-goal total on the NHL odds for Monday at sportsbooks monitored by OddsShark.com.
Toronto beat Calgary 4-2 on Sunday. The Maple Leafs are 3-11 in their last 14 games when they played the previous day, with the OVER hitting eight times at betting sites. The Flames are 0-4 this season when they are playing for the second consecutive day, and are 6-9 in their last 15 such contests with the UNDER hitting eight times. The Maple Leafs are 4-1 in their last five away games as a -130 to -170 favorite, with the UNDER hitting three times.
Maple Leafs vs Flames | OddsShark Matchup Report
The Maple Leafs lead the season series 5-2 and have a 14-10 edge over the Flames in five-on-five goals. Toronto has the edge in expected goals-for percentage, or xGF% (56.7), scoring-chances share (56.1) and high-danger chances share (60.0), per Natural Stat Trick. Head-to-head, the Maple Leafs are two-for-25 on the power play and the Flames are five-for-22. (All advanced stats are based on score- and venue-adjusted five-on-five play.)
The Maple Leafs, who are 25-10-3, have had eight consecutive games with an xGF% of at least 58.0, which is why they are 6-1-1 in that stretch despite an epic power-play drought. Scoring four even-strength goals in Sunday’s win represented Toronto’s best five-on-five output in six weeks. The John Tavares-Alex Galchenyuk-William Nylander line was consistently dominant, while Auston Matthews chipped in a third-period goal on an off-night for his line with wings Zach Hyman and Mitch Marner. (Marner had zero shots on goal.) Toronto’s power play has not scored in 11 games.
Since March 6, Toronto ranks second in the 31-team NHL in both xGF% (60.2) and scoring-chance share (60.0) and ninth in high-danger chances share (61.8). Over this time, the Maple Leafs are 13th in goal scoring (2.77 per game) and 17th in goals against (2.77). Their power play ranks 31st (3.3 percent) and their penalty killing ranks 25th (74.2).
Campbell, who is 8-0-0 with a 1.35 goals-against average and .951 save percentage, is in line for the goaltending start after Michael Hutchinson played on Sunday.
The Flames, who are 16-20-3, have just one win in their last eight starts. Calgary is often tough to play against, but motivation is becoming a question as their playoff hopes dim. The Michael Backlund-Milan Lucic-Andrew Mangiapane line is a tough matchup for Toronto’s depth players, but the first two lines helmed by centers Elias Lindholm and Sean Monahan yielded much more offensive activity than they produced during Sunday’s defeat. A troubling trend for Calgary is that it has created high-danger chances at the third-lowest rate in the NHL since March 6, and the Flames rank ahead of only the Philadelphia Flyers in share of high-danger goals since that date.
Calgary ranks 13th in xGF% (51.3), 13th in scoring-chance share (51.6) and 14th in high-danger chances share (50.0) over the past 30 days. The Flames are 26th in goal scoring (2.27 per game) and 24th in goals against (3.00). Their power play ranks 18th (17.4) and their penalty killing ranks 16th (82.9).
Jacob Markstrom, who is 12-13-2 with a 2.94 GAA and .901 save percentage, will be back in Calgary’s goal after David Rittich played on Sunday. Markstrom is 3-6-1 with a 2.96 GAA and .897 save percentage over 11 career games against Toronto.
Check out OddsShark on Twitter and Instagram or head to YouTube for analysis on this week’s top games. As well, the OddsShark Computer serves up daily NHL picks for bettors.
Odds News
Recent articles from Nation World HQ 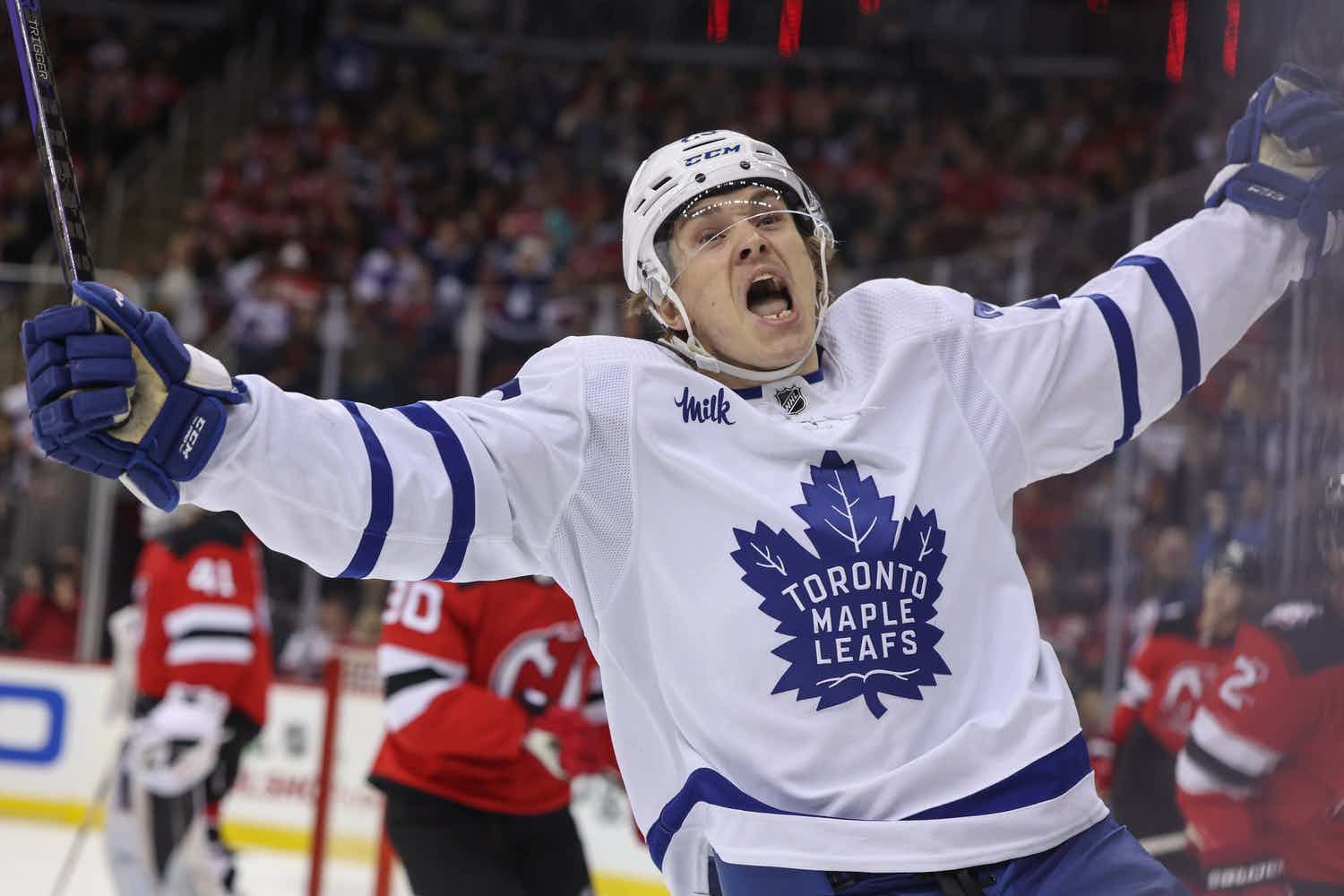 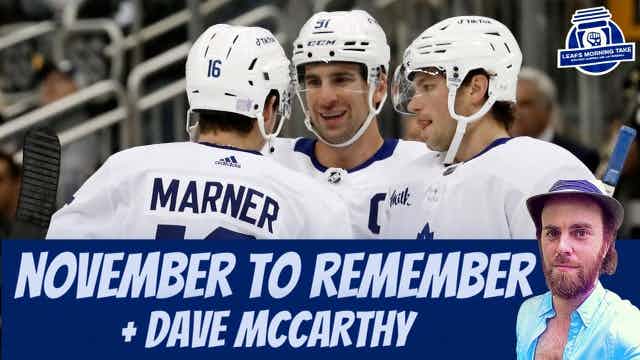 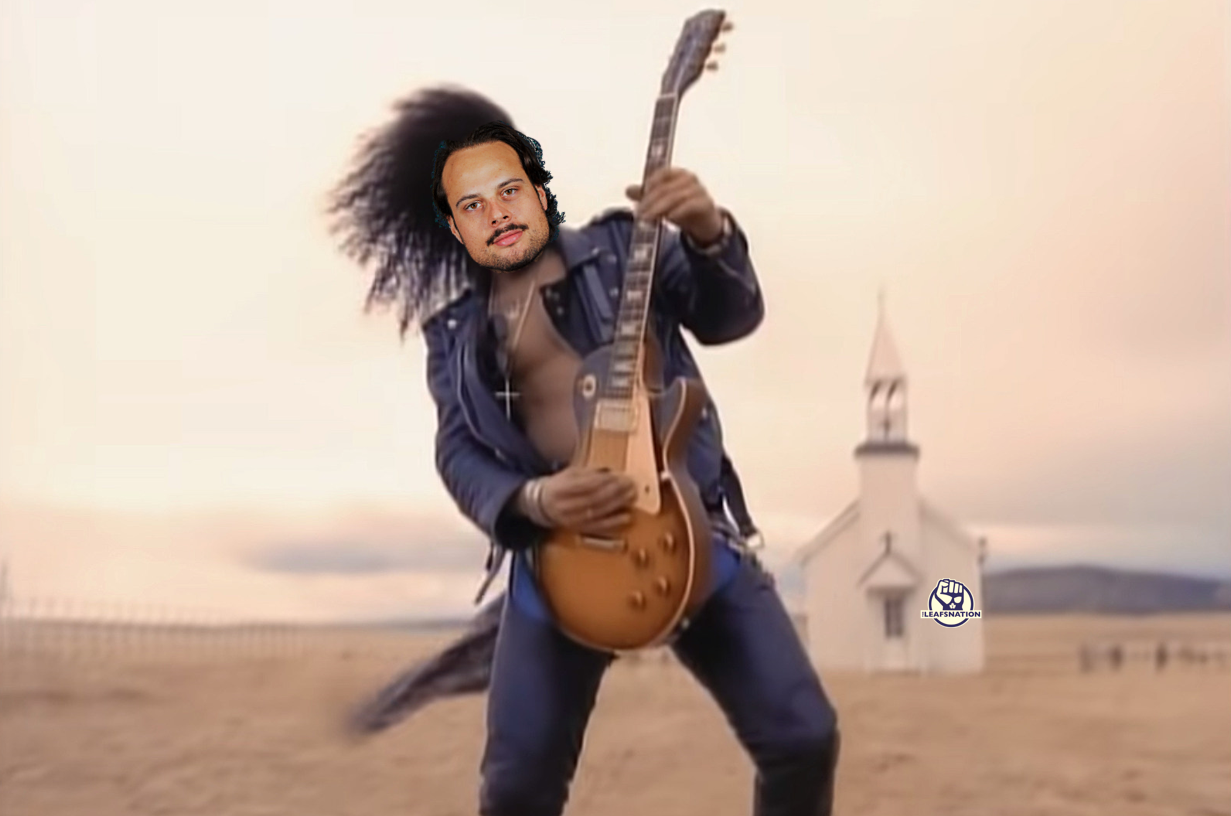