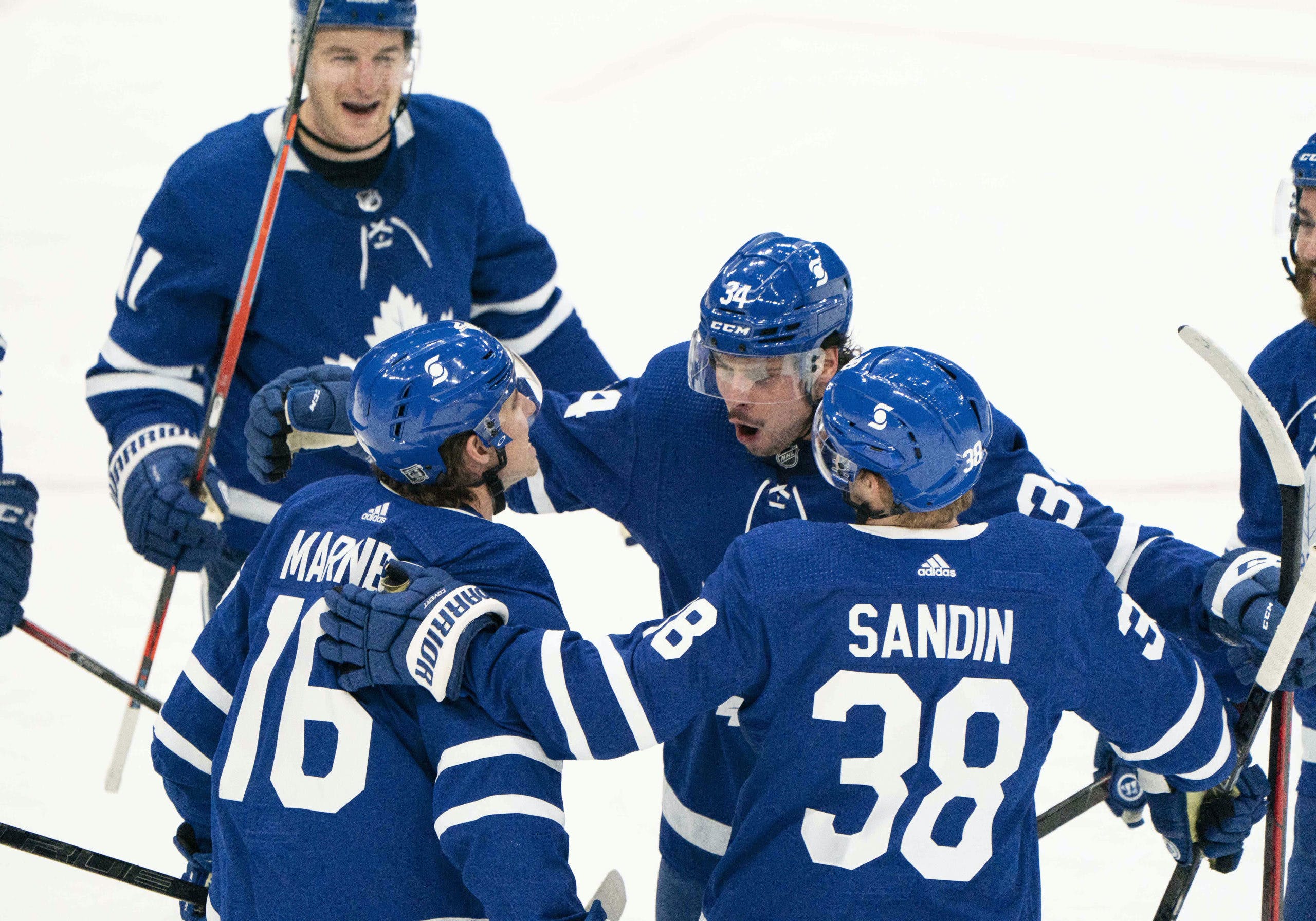 By Nation World HQ
1 year ago
by OddsShark (@OddsShark) – Sponsored Post
The Toronto Maple Leafs will be looking for a bounceback performance as they head into a first-place showdown. The Maple Leafs are -145 away favourites and the Winnipeg Jets are +125 underdogs with a 6.0-goal total on the NHL odds for Wednesday night at sportsbooks monitored by OddsShark.com.
The teams are split 3-3 in their last six games where Toronto has been favoured at online sports betting sites, with the OVER hitting five times. The Maple Leafs are 5-11 in their last 16 games as an away favourite when they were deeper into minus money than -125, with the OVER hitting in nine of those matchups. The Jets are 8-4 in their last 12 games as an underdog at home, and the total has gone OVER in 10 of their last 17 games as a home underdog.
Maple Leafs vs Jets | OddsShark Matchup Report
The Jets have a 2-1-1 lead in the season series and boast a 9-6 edge in five-on-five goals. The Maple Leafs hold a sizable edge in expected-goals percentage, or xGF% (60.7), scoring-chance share (64.3) and high-danger chance share (64.4), per Natural Stat Trick. The Jets are three-for-12 on the power play and the Maple Leafs are two-for-seven. (All advanced stats are based on score- and venue-adjusted five-on-five play.)
The Maple Leafs are 22-10-3, but have only one regulation-time win during a stretch of five consecutive games where they have had a five-on-five xGF% of at least 58 percent. Auston Matthews has lacked some zip on his shot in even-strength and power-play situations since returning from a hand/wrist injury. The Matthews-Zach Hyman-Mitch Marner and John Tavares-Alex Galchenyuk-William Nylander lines had good offensive-activity stats during a 3-2 overtime loss against the Edmonton Oilers on Monday, but couldn’t turn that into results. Toronto’s power play is in a one-for-27 drought, but the Maple Leafs are also 7-2-1 this season in away games after one day of rest.
Since March 1, Toronto has the NHL’s third-best xGF% (58.1) while ranking second in scoring-chances share (60.0) and fourth in high-danger chances share (59.0). Over that time, the Maple Leafs are 13th in goal scoring (2.92 per game) and 15th in goals against (2.77). Their power play ranks 24th (12.5) and their penalty killing ranks 29th (72.4).
Jack Campbell is 6-0-0 with a 1.48 GAA and .945 save percentage and has had three days off since his last start on March 27. Michael Hutchinson played during a 3-2 overtime defeat against the Edmonton Oilers on Monday.
The Jets are 22-12-2, and can move one point up on Toronto (who has one game in hand) with a regulation victory. Winnipeg changed up its top-end forwards during a 5-1 win against the Calgary Flames on Monday, with the Mark Scheifele-Kyle Connor-Nikolaj Ehlers and Pierre-Luc Dubois-Paul Stastny-Blake Wheeler lines each scoring at least one five-on-five goal. The Jets had a 53.2 xGF% against Calgary and have not had back-to-back games with an xGF% above 50.0 since mid-March, but they are 6-3-1 this season during home games with one day of rest.
In the last 30 days, Winnipeg ranks 22nd in the 31-team NHL in xGF% (47.7), 24th in scoring-chance share (46.3) and 22nd in high-danger chances share (46.5). The Jets are 11th in goal scoring (3.13 per game) and 21st in goals against (2.88). Their power play ranks fourth (30.8 percent) and their penalty killing ranks 23rd (75.8).
Connor Hellebuyck has a 17-9-2 record with a 2.57 GAA and .918 save percentage. Hellebuyck has faced Toronto three times this season, with a 1-1-1 record, 3.01 GAA and .921 save percentage. Hellebuyck saved 2.08 goals above expected on Monday, according to Moneypuck.
Check out OddsShark on Twitter and Instagram or head to YouTube for analysis on this week’s top games. As well, the OddsShark Computer serves up daily NHL picks for bettors.
Odds News
Recent articles from Nation World HQ