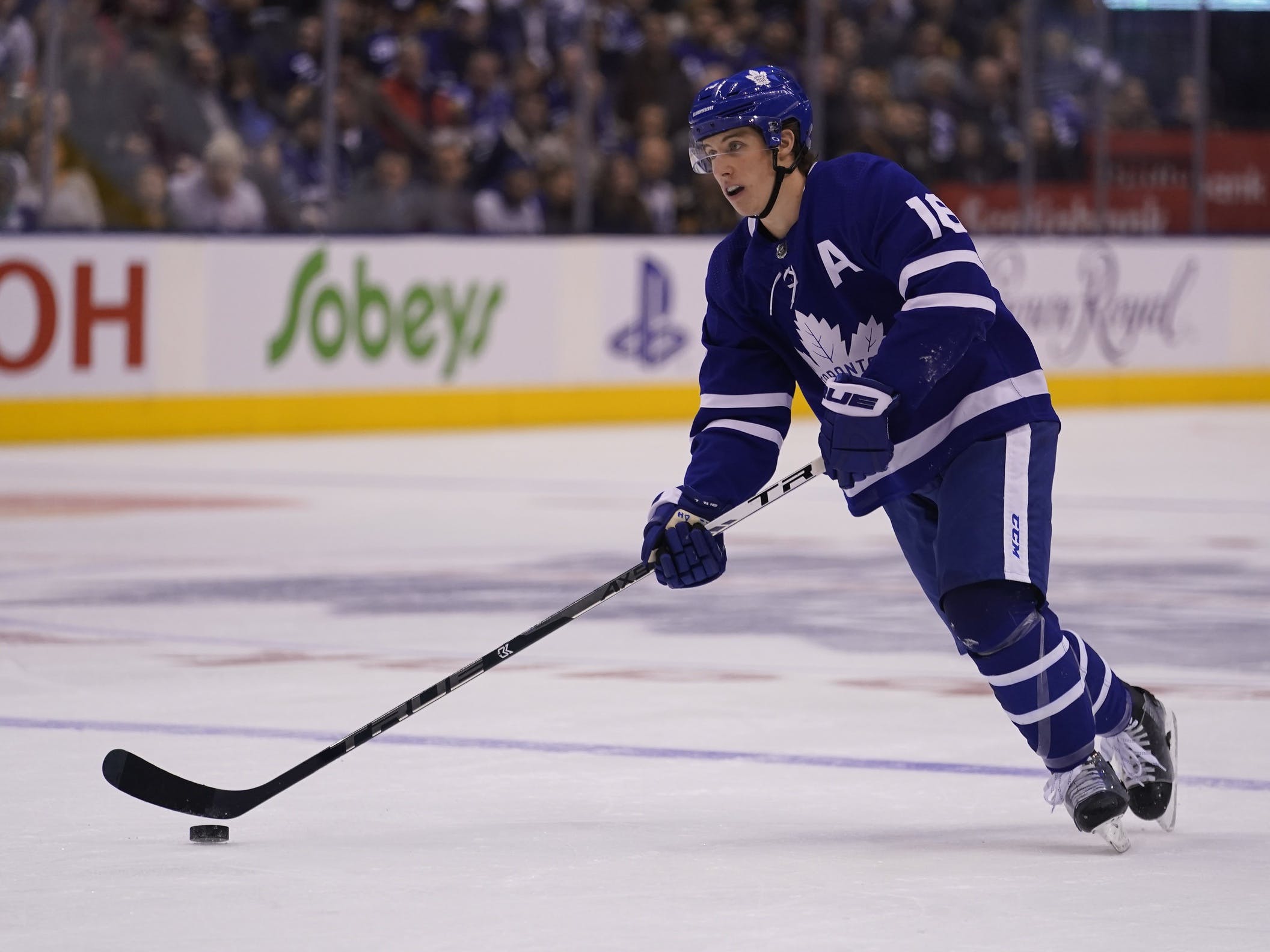 By Nation World HQ
1 year ago
by OddsShark (@OddsShark) – Sponsored Post
The Toronto Maple Leafs have been good at banking road wins at this time of the calendar year, although there is always that concern about a team getting too comfortable with success. The Maple Leafs are a -130 away favourite against the +110 home underdog Edmonton Oilers with a 6.5-goal total on the NHL odds for Saturday at sportsbooks monitored by OddsShark.com.
Over the last five seasons, Toronto is 11-5 as a road favourite in the month of January with the total going OVER in nine of those 16 matchups at betting sites. The Maple Leafs are 9-4 in 13 matchups under head coach Sheldon Keefe as a road moneyline favourite of -110 to -130, compared to 7-7 when their closing moneyline has dipped past -131.
Maple Leafs vs Oilers | OddsShark Matchup Report
The Oilers are 2-8 in their last 10 games as a home underdog in January. Under head coach Dave Tippett, the Oilers are 4-8 in their last 12 games as a +110 to +130 underdog (home or away), with the OVER going 6-4-2. Toronto’s 4-3 win against Edmonton on Thursday improved the Maple Leafs’ record to  9-2 in their last 11 matchups against the Oilers. The total has gone OVER in 10 of the Maple Leafs’ last 16 games as an away favourite.
The Maple Leafs are 7-2-0, although their expected goals against has exceeded their expected goals (in five-on-five play) in four consecutive games, according to Natural Stat Trick. There might soon be a night when the talented big four of Auston Matthews, Mitch Marner, William Nylander and John Tavares will be unable to override that with their offensive savvy, particularly on the power play.  At even and full strength, Toronto is 13th in the 31-team NHL in their share of shot attempts (51.8), 16th in shots-for (50.4), and 21st (47.0) in high-danger chances.
Toronto is ninth in goals per game (3.33) and 16th in goals against (2.78), while the Maple Leafs have the second-ranked power play (42.9 percent) and 15th-ranked penalty killing unit (78.4).
Frederik Andersen should make his third consecutive start since the Maple Leafs’ four-day break after this game will grant him some rest time. Andersen is 5-2-0 with a 2.87 goals-against average and .896 save percentage. The veteran goalie is 14-1-1 with a 2.26 GAA and .926 save percentage in 17 games against Edmonton.
The Oilers, at 3-6-0, seem like a team to fade unless bettors have reason to believe their depth scoring and defensive efficiency will improve on a given night. Centers Connor McDavid and Leon Draisaitl each have a linemate – Jesse Puljujarvi for McDavid and Dominik Kahun with Draisaitl – who has yet to score this season. In the five-on-five on phase of the game, the Oilers are scoring fewer goals and allowing more than Natural Stat Trick’s methods say they should. They rank 24th in the NHL in their share of shot attempts (47.4 percent) and 21st in shots for (49.2) but are 11th in high-danger chances (54.0).
The Oilers rank 16th in goal scoring (2.89 per game) and 27th in goals against (3.67). Edmonton’s power play is ranked 15th (20.0 percent) despite a slow start, but the penalty killing unit ranks 23rd (72.4).
The fatigue factor seems to be affecting Oilers goalie Mikko Koskinen, who is 3-6-0 with a 3.50 GAA and .895 save percentage. Koskinen, who has a better track record splitting games than as a clear No. 1 starter, has allowed nine goals on 59 shots in his last two starts. He is also 1-5-0 with a 3.77 GAA and .870 save percentage in six career games against Toronto.
The Maple Leafs are off after this matchup until Thursday, when they begin a three-game home series against the Vancouver Canucks.
Check out OddsShark on Twitter and Instagram or head to YouTube for analysis on this week’s top games. As well, the OddsShark Computer serves up daily NHL picks for bettors.
Content
Odds News
Recent articles from Nation World HQ