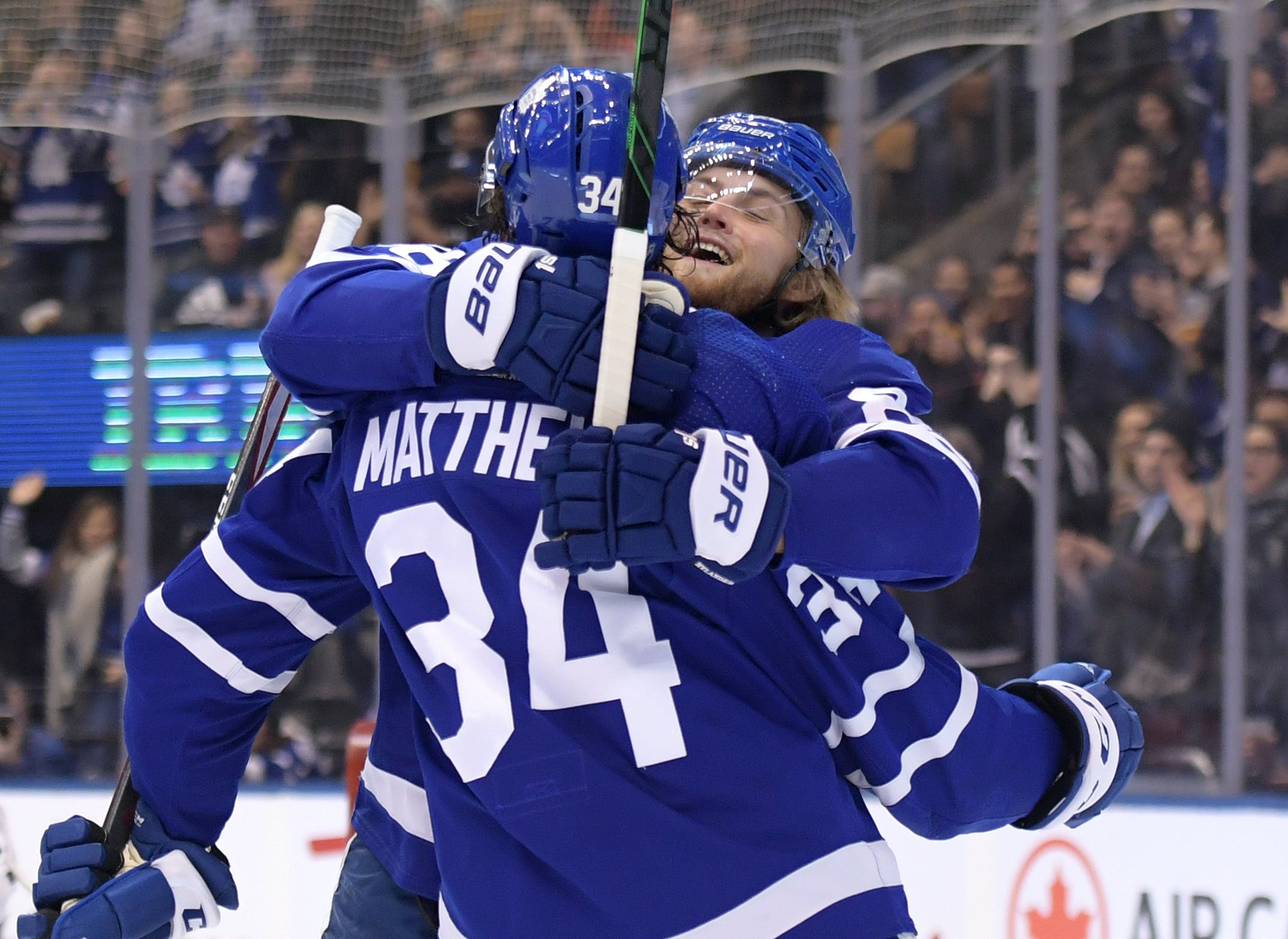 By Nation World HQ
2 years ago
by OddsShark (@OddsShark) – Sponsored Post
The first away games of the season represent an opportunity for the Toronto Maple Leafs to start repairing a poor record as an away favourite. The Maple Leafs are a -200 away favourite against the +170 home underdog Ottawa Senators with a 6.5-goal total on the NHL odds for Friday at sportsbooks monitored by OddsShark.com.
Toronto is 6-3 in its last nine games against Ottawa, and the total has gone OVER in 11 of the last 16 matchups between the provincial rivals. The Maple Leafs are just 3-7 in their last 10 games as an away favourite, but the Senators are 3-8 in their last 11 games as a home underdog of +150 or more on the moneyline.

Toronto and Ottawa will play again immediately on Saturday. The Maple Leafs are 3-15 in their last 18 games when they also played the previous day. Ottawa is 5-13 in their last 18 second of back-to-back games, with the total going UNDER 13 times at online sports betting sites.
The Maple Leafs are off to a 1-0-0 start after a 5-4 home overtime win against the Montreal Canadiens on Wednesday, where they had 52.0 percent of the shot attempts during five-on-five play against a projected playoff team. Center Auston Matthews generated a team-most eight scoring chances at even strength, according to Natural Stat Trick, but wound up with just one assist. Wing Ilya Mikheyev also generated six even-strength scoring chances and did not record a point, while William Nylander and John Tavares each had three-point nights. Toronto’s power play scored twice in four chances, cancelling out a penalty killing unit that allowed Montreal to go for 2-for-3.
Frederik Andersen is 7-4-2 with a 3.23 goals-against average and .891 save percentage in 13 career games against Ottawa. Backup goalie Jack Campbell has a 3.56 GAA and .873 save percentage in three games against the Senators.
Friday’s matchup is the season opener for Ottawa, whose rebuilding initiatives have focused on mixing high-ceiling young players such as Brady Tkachuk and rookie Tim Stutzle with newly arrived veterans such as centre Derek Stepan. Ottawa finished 30th overall in the 31-team NHL last season with a .437 points percentage while also ranking 25th in goals scored per game (2.68), 30th in goals against (3.35), 31st on the power play (14.2 per cent) and 28th in penalty killing (76.1).
The Senators are 5-5-1 against the Maple Leafs since the start of the 2017-18 season, but have been outshot 37-29 on average while generating just 43.0 percent on five-on-five shot attempts.
Matt Murray, a two-time Stanley Cup winner with the Pittsburgh Penguins, is now Ottawa’s No. 1 goalie. With Pittsburgh, Murray was 3-3-1 with a 2.51 GAA and .926 save percentage in eight games against Toronto. Second-year backup Marcus Hogberg allowed three goals on 16 shots in just over half a game in his only game against Toronto as a rookie.
Following the two-game trip to Ottawa, the Maple Leafs are scheduled to host the Winnipeg Jets on Monday.
Check out OddsShark on Twitter and Instagram or head to YouTube for analysis on this week’s top games. As well, the OddsShark Computer serves up daily NHL picks for bettors.
Content
Odds News
Recent articles from Nation World HQ