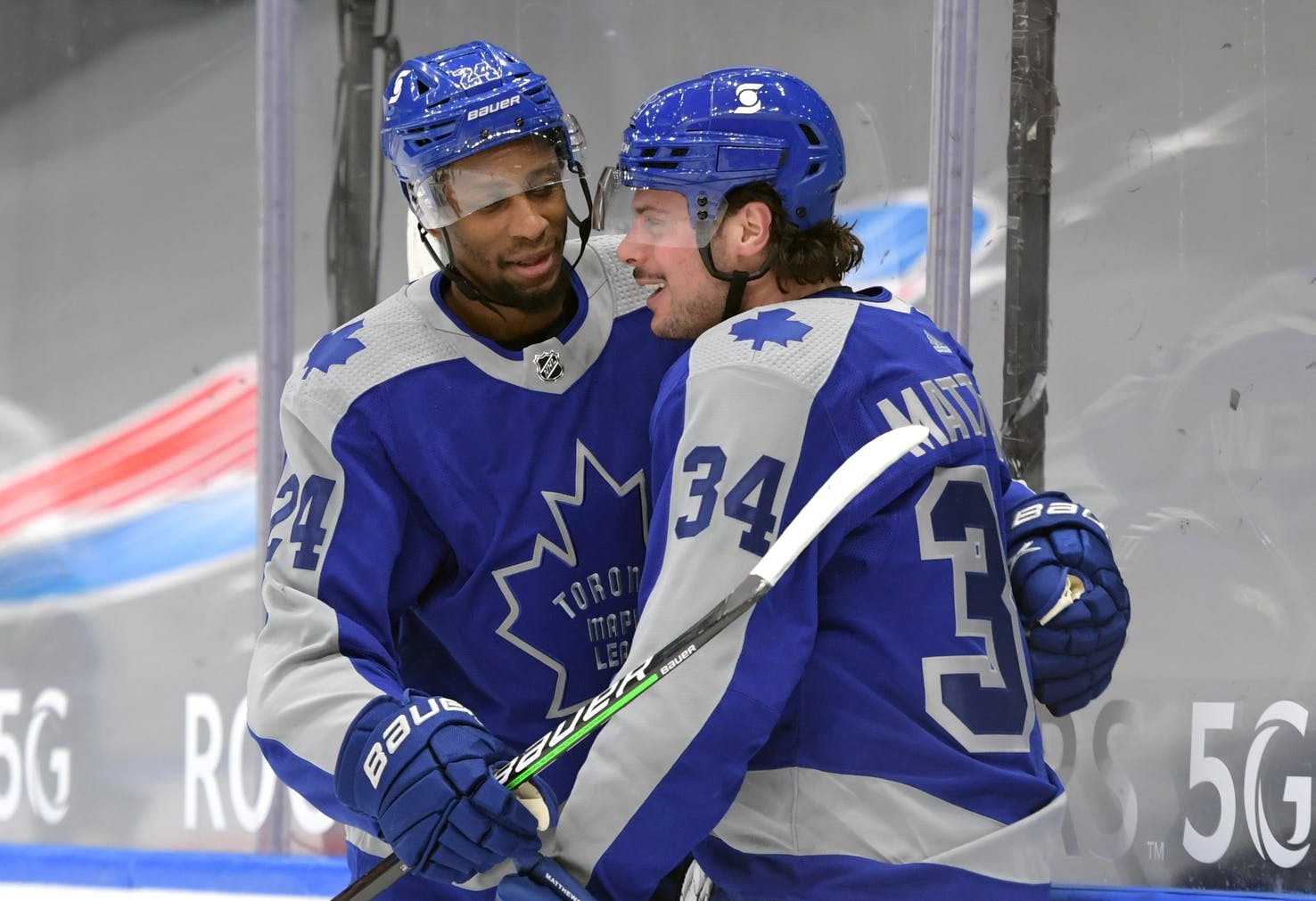 By Nation World HQ
1 year ago
by OddsShark (@OddsShark) – Sponsored Post
Facing an unrested last-place team that has untested goaltending means the Toronto Maple Leafs’ moneyline betting value is all risk for little reward, so bettors should try to get a read on the likelihood of a high-scoring or low-scoring game. The Maple Leafs are -250 away favourites and the Ottawa Senators are +210 home underdogs with a 6.5-goal total on the NHL odds for Thursday at sportsbooks monitored by OddsShark.com.
The Maple Leafs are 4-6 in their last 10 visits to Ottawa, and the OVER has hit at online betting sites in five of the six defeats. They are 3-7 in their last 10 games as an away favourite of -180 or deeper into minus money. The Senators are 7-8 in their last 15 games as a home underdog of +175 or more, with the OVER going 4-4 in the most recent eight. However, the Senators are 2-10 in their last 12 games when they played the prior day, with the total staying UNDER nine times.
Maple Leafs vs Senators | OddsShark Matchup Report
Toronto is up just 3-2-1 in the season series, and the teams are even at 15-15 in five-on-five goals. The Maple Leafs rate the edge in expected goals-for percentage, or xGF% (53.4),  scoring-chances percentage (52.9) and high-danger chance share (51.3). The Maple Leafs are six-for-18 on the power play while the Senators are two-for-19. (All advanced stats are based on score- and venue-adjusted five-on-five play.)
The Maple Leafs, who are 20-10-2, have used their rest days to revamp their forward lines. Toronto, which has had a five-on-five xGF% of at least 56 percent in six of its last eight games but is only 3-5-0 over that stretch, is expected to roll out an Auston Matthews-Wayne Simmonds-Mitch Marner first line, meaning Simmonds could be a value play in anytime scorer props. The Alexander Kerfoot-Joe Thornton-Jason Spezza third line could have a favourable matchup against Ottawa’s depth lines. Since the start of 2018-19, Toronto is 21-7-2 in away games when it has had at least two days off. (All lines are given center-left-right.)
Over the last 30 days, Toronto is second in the 31-team NHL in xGF% (55.7) and fifth in high-danger chances share (55.1). They are 15th in goal scoring (2.92 per game) and 10th in goals against (2.42) over this stretch, but their power play is 23rd (16.1 percent) and their penalty killing ranks 29th (69.2).
Jack Campbell, who is 4-0-0 with a 1.00 goals-against average and .965 save percentage in four games this season, is Toronto’s No. 1 netminder for now with Frederik Andersen (lower-body injury) out for at least a week. Campbell is 2-1-1 with a 3.12 GAA and an .878 save percentage in four career games against Ottawa.
The Senators, who are 12-20-3, face their third game in four nights after a 3-1 home win against the Calgary Flames on Wednesday. The young Senators have a bit of momentum, particularly the Chris Tierney-Tim Stützle-Drake Batherson second line, which dominated in offensive activity on Wednesday. Ottawa’s first defense pairing of Thomas Chabot and Nikita Zaitsev needed a goaltending bailout on Wednesday, when they had a 19.5 xGF%, per MoneyPuck. Ottawa is 2-7-4 in its last 13 home games when it played the previous day.
Since Feb. 23, Ottawa is 23rd in xGF% (46.9) and 20th in high-danger chances share (48.3). The Senators are 16th in goal scoring (2.87 per game) and 26h in goals against (3.40) over this stretch, while the power play ranks 17th (19.5 percent) and their penalty killing stands 19th (78.1).
The goaltending choice for Ottawa is between having rookie Filip Gustavsson start on no rest or turn to backup Anton Forsberg, who has not played an NHL game in over a year. Gustavsson is 2-0-1 with an 0.86 GAA and a .973 save percentage after his first three games, but starting back-to-back games is a big ask even for a veteran goalie.
Check out OddsShark on Twitter and Instagram or head to YouTube for analysis on this week’s top games. As well, the OddsShark Computer serves up daily NHL picks for bettors.
Odds News
Recent articles from Nation World HQ