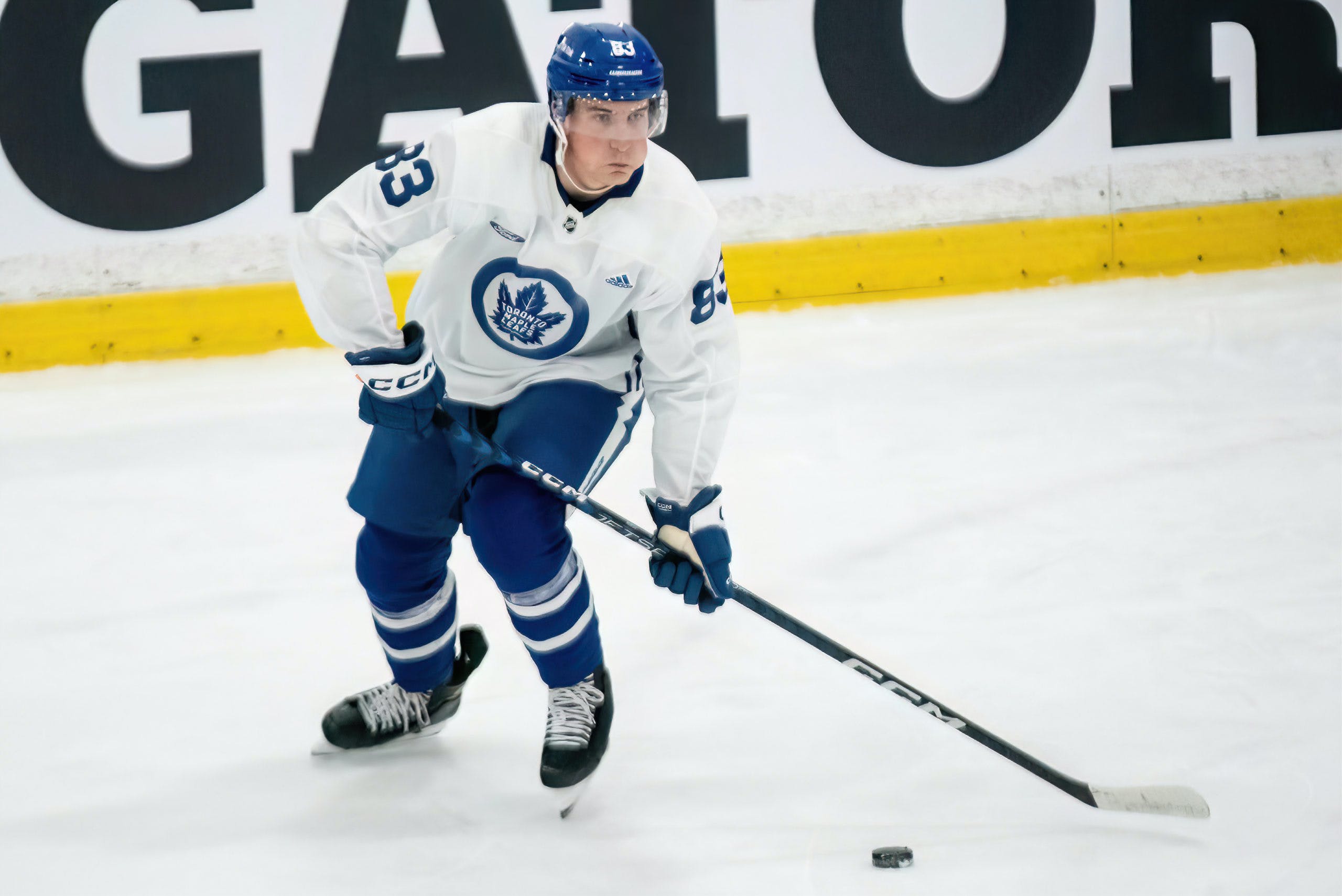 By Colin Hunter
1 month ago
When the Leafs signed Marshall Rifai to a one-year AHL contract back in March, not much was made of the acquisition. However, in this, his first training camp, Rifai has impressed beyond expectations.
At the time of the signing, Rifai was a 24-year-old defenceman who had completed a successful, yet unspectacular NCAA career with Harvard. Mostly known for his defensive abilities, he amassed 6 goals and 15 assists for 21 points in 71 games over the course of 4 years.
The Leafs’ scouting staff likely had plenty of opportunity to watch Rifai in action while attending Harvard games for prospects Nicholas Abruzzese and John Fusco. It would have been easy at that point to lump Rifai into a similar tier as players who signed similar contracts last year, Matteo Pietroniro, Ben Finkelstein, and Matt Hellickson, all of which spent most of the year with the ECHL’s Newfoundland Growlers.
As the rookie tournament and training camp has progressed, it has become clear that Rifai will play a more elevated role than initially anticipated. Having played in each rookie tournament game and three pre-season games, Rifai has displayed a skillset that has impressed both fans and management. His physicality and first-pass abilities have stood out in several games, and his willingness to mix it up at times certainly won’t hurt the way that the fanbase feels about him.
Notably, following the first round of cuts earlier this month, Rifai was the only player left at camp on an AHL contract. Although he has since been reassigned to the Marlies, the fact that he remained at camp for as long as he did gives us an indication of how the organization feels about him. Looking at the group he was working with, we see him in the same tier as players expected to be major contributors to the Marlies this season.
Rifai will look to be the next in line to benefit from the Leafs’ development efforts. Since Kyle Dubas took over as General Manager of the Leafs in 2018, the AHL and ECHL affiliates have been used much more as development teams. In recent memory, both Justin Holl and Kristians Rubins have been defencemen of similar profiles to join the organization and go on to earn NHL contracts and games.
The proper development of Rifai could produce a valuable depth piece in the future. At 24 years old, it’s unlikely that he ever becomes a significant impact player, however, the tools that he appears to bring would be valuable to a defensive pipeline that largely lacks physicality.
Although it is very unlikely that we’ll see him earn an NHL contract this year (due to the Leafs being at 50/50 contracts), Rifai should be an exciting watch in the minors this year. Particularly with the injuries to Carl Dahlstrom and Jordie Benn, I expect that Rifai will be given an opportunity to show what he can do. Most likely, he will play a top-four role on a young Marlies defence corps consisting of himself, Victor Mete, Filip Král, Mac Hollowell, Mikko Kokkonen, and William Villeneuve.
Who knows, maybe someday soon we’ll be talking about Marshall Rifai as the latest success of the Leafs’ scouting and development departments.
Editorials
Recent articles from Colin Hunter