Matheson, Debrusk injured, Samuelsson and Granato extended: Around the Atlantic 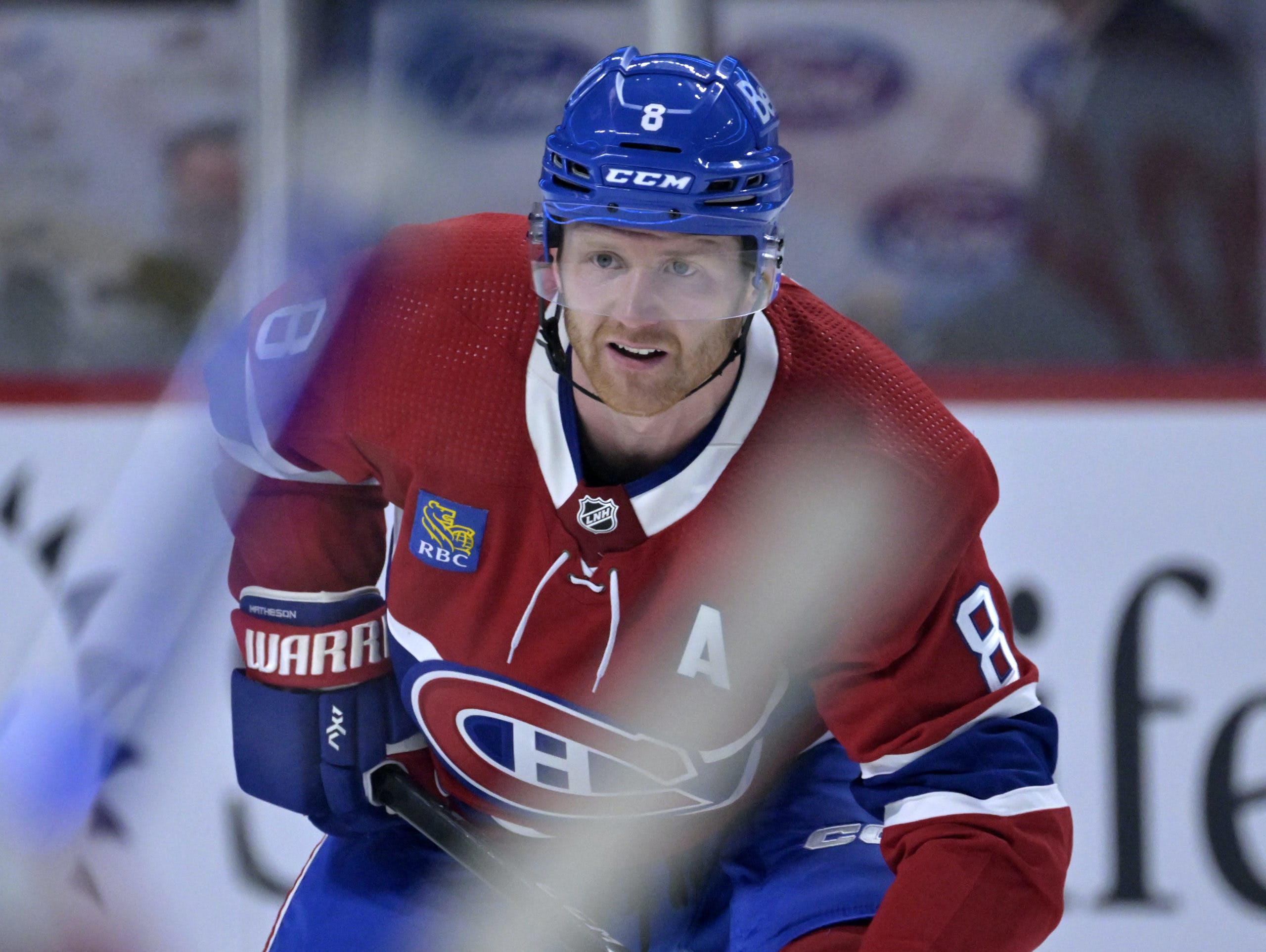 By Scott Ony
1 month ago
In the Atlantic division this week, the Montreal Canadiens and Boston Bruins injury lists continued to grow. The Buffalo Sabres extended a young defenceman and their head coach. Also, a surprising club has earned the first Team of the Week honour of the regular season.
Matheson injury
Recently acquired Habs defenceman Mike Matheson will miss roughly the next eight weeks with an abdominal muscle strain. He was expected to be one of the key contributors on the backend for Montreal but will have to wait to make his regular season debut.
It’s an unfortunate start for Montreal as they are already without Joel Edmundson, Joel Armia, Paul Byron and Carey Price. Injuries cost them over 730 man-games last season and it’s already not looking good this year.
Debrusk injury
Jake Debrusk, who was filling in for the injured Brad Marchand on the Boston Bruins top line left Wednesday’s game against the Washington Capitals with an upper-body injury. He missed Saturday’s game versus the Arizona Coyotes and is considered day-to-day.
It’s unknown how long Debrusk will be out but the team said the injury is not as serious as they originally thought.
He joins Marchand, Charlie McAvoy and Brandon Carlo on the Bruins injured list. Despite their injury troubles they have managed to start the season 2-0.
Samuelsson contract
The Buffalo Sabres have signed up and coming defenceman Mattias Samuelsson to a seven-year extension worth 30 million dollars. The deal will be gin in 2023-24 and carries a cap hit of 4.286M.
A 2018 second round pick, Samuelsson has just 56 games of NHL experience but has proven to be a reliable defensive defenceman. He is currently playing alongside Rasmus Dahlin on the first pairing and is one of their top penalty killers.
Granato extended
It was a busy week for Sabres general manager Kevyn Adams as he also extended the contract of head coach Don Granato through the 2025-26 season.
Granato took over from Ralph Krueger part way through the 2020-21 season. Last year, his first full season as the team’s head coach, he was 32-39-11.
Adams noted Granato’s ability to develop young players as a reason he earned this extension. Overall he has a record of 41-55-14 as the Sabres head coach.
Team of the week
There were three teams in the Atlantic division who started the season 2-0 but it was the Detroit Red Wings who were the most impressive and claimed the first team of the week of the 2022-23 season.
Sparked by new head coach Derek Lalonde, the Wings look to be a playoff contender for the first time since 2015-16. Captain Dylan Larkin has led the way so far with four points.
The core of this team is still intact from last season but it’s the new additions that have this team on the come up. Free agent signings Andrew Copp and Ben Chiarot have chipped in with two points each. Rookie Elmer Soderblom scored his first career goal on opening night.
Although the skaters have looked great so far, it’s the play in between the pipes that will be the reason this team can contend. Steve Yzerman getting Ville Husso from the St. Louis Blues for just a third round pick looks to be an absolute steal.
In his first start as a Wing, Husso made 29 saves to shutout the Montreal Canadiens. Not to be outdone, Alex Nedeljkovic stopped 37 of the 39 shots he faced against the New Jersey Devils the next night. Having a competent partner that can share starts should help Nedeljkovic’s game by pushing him to be better and easing his workload.