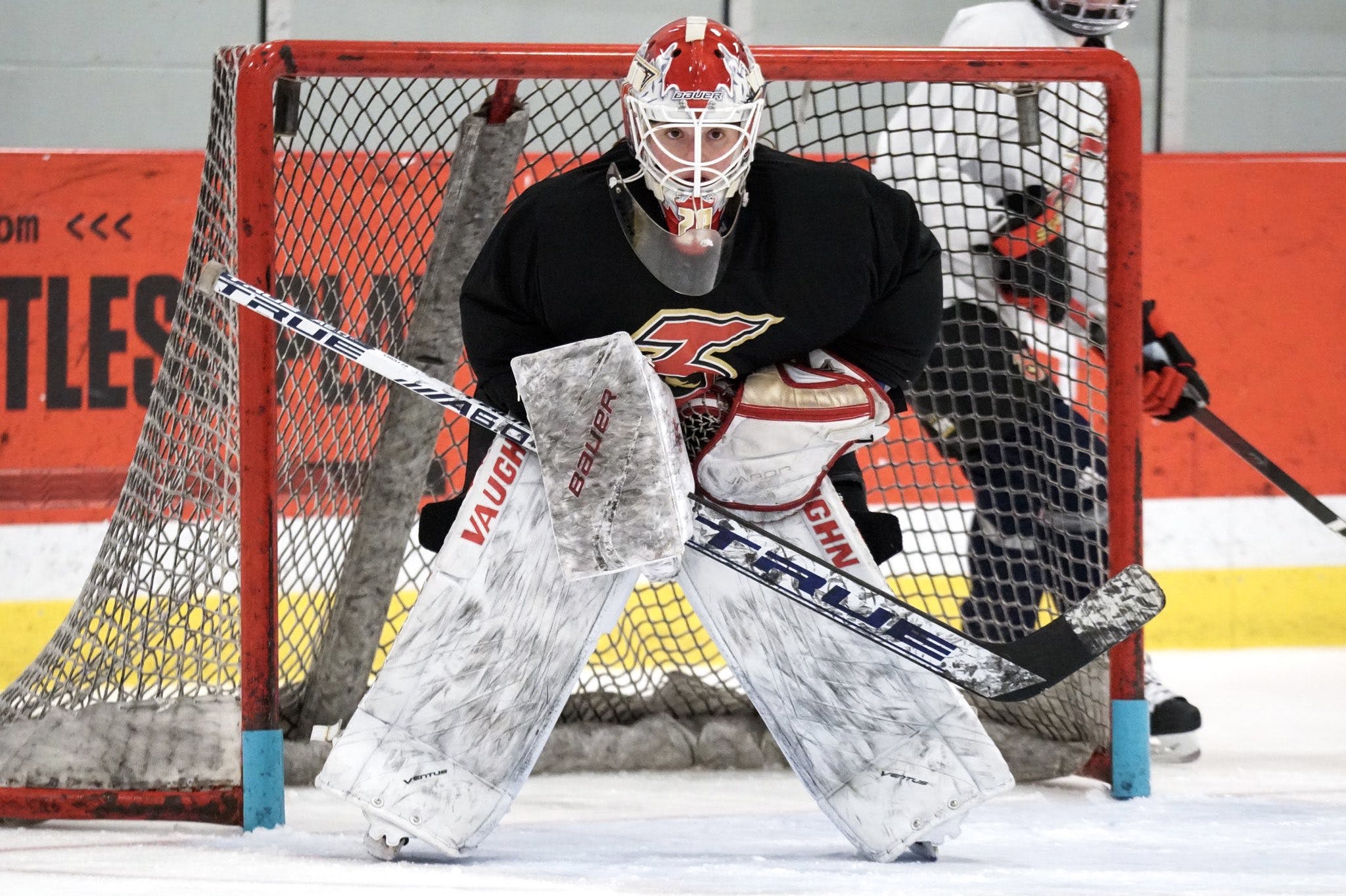 By Filipe Dimas
1 year ago
Today the Premier Hockey Federation’s (PHF) seventh season kicks off, and in just two weeks the Toronto Six will be able to play their first ever home game with fans in the building, so what better time to get to know the city’s newest pro sports team? Yesterday we took a look at the team’s forward core for the season, and tonight we’ll see who’s holding the fort behind the blueline, as we meet the Toronto Six’s defenders and goaltenders going into the franchise’s second ever season.

Profile on Elite Prospects
Entering her second season with the Toronto Six, Taylor Woods provides leadership on the blueline as one of the team’s alternate captains. A veteran of pro hockey, she spent three years in the CWHL before joining the Six for their inaugural season. Last year she scored an impressive four goals in only six games and will look to continue leading by example as she is expected to be the team’s top RHD entering the season.

Profile on Elite Prospects
As one of only three defenders returning from last year’s team that posted the league’s best record in the regular season, Sarah Steele will look to bring some stability to the roster as she rejoins her defense partner Taylor Woods on the top pair. The Boston Unversity Alumni has represented Team Canada, winning gold at the World Juniors while putting up three assists in five games, tying for second on team scoring from the blueline. While primarily a stay at home defender, Steele is also a threat to score at any time, and thanks to the number on her back matching the one on her front, she’s expected to have plenty of eyes on her all season.

Profile on Elite Prospects
The fifth overall pick in the 2021 draft didn’t need to travel far to join the Toronto Six who play their games out of York Canlan Ice Arena after having spent the last four seasons of her career playing for the York University Lions. Davison stepped it up in a big way during her senior season, flirting with point per game production scoring 20 in 24 games before adding another four in five during the playoffs that year. The 23-year-old rookie is one of four 2021 draft picks expected to be on the team’s opening night roster and could see plenty of powerplay time on the ice as she looks to bring her scoring touch to the Premier Hockey Federation.

Profile on Elite Prospects
One of the team’s most impactful signings of the offseason, Stephanie Sucharda comes with the kind of resumé that would make any recruiter blush. She’s represented team Canada at the World Juniors, scored over a point per game her final season of junior hockey and then went on to captain the Princeton Tigers while being named Second-Team All-Ivy League and Academic All-Ivy League.

“Stephanie brings a lot of added leadership and strength to the roster,” said Digit Murphy, President of the Toronto Six in a press release following her signing. “We love that she was the captain of Princeton and she espouses our core values of education, empowerment and inclusion. She’s a hard worker with a high level of determination. She’ll be a valuable addition both on and off the ice.”

Profile on Elite Prospects
An alumni of the University of Toronto who’s laser accurate shot caused nightmares for opposing USports netminders everywhere, Cristina Chao has joined the PHF’s Toronto Six after spending last year with the PWHPA. A two time OUA Defender of the Year, former All-Rookie, and four time all-star, Cristine Chao could end up being the team’s most impactful signing as her two way game could be the difference maker for a team that was second in the league in goal differential during last year’s shortened season.

Profile on Elite Prospects
At 6’1, Lindsay Eastwood is the big body on Toronto’s blueline, however she offers as much skill and leadership as she does size. A point per game player during her rookie campaign last season, Eastwood previously captained Syracuse University to the programme’s first ever conference win and was later presented with the CHA Best Defenseman Award. This year she’s expected to bring more of the two way play that saw her become one of the league’s breakout rookie stars last season.

Profile on Elite Prospects
A former first round pick and Yale University alumni, Saroya Tinker comes to the Toronto Six bringing a passion for the sport that saw her making headlines earlier this year when she openly spoke out against Barstool Sports for their promotion of racism, sexism, and toxic culture across the company’s platform. A move that received much applause across the hockey world for showing the kind of outspoken leadership that many pro hockey players shy away from.
The physical 5’10 right shot defender is just as passionate on the ice as she is off it, bringing plenty of toughness and talent as a shut down defender who makes games a nightmare for opposing forwards. For a city whose hockey heroes include Doug Gilmour and Wendel Clark, Saroya Tinker could very well become Toronto’s next fan favourite who wears endless passion on their sleeve.

Profile on Elite Prospects
Elaine Chuli is entering her second season with the Toronto Six and third as a Toronto pro, having previously played for the now-defunct CWHL’s Toronto Furies. Last year, she absolutely dominated a shortened regular season posting a 4-1 record with an outstanding .936 save percentage. She’ll once again begin the season as the team’s starting netminder, looking to lead the team with the kind of reliable goaltending she’s come to be known for in her young career.

Profile on Elite Prospects
Another Yale University alumni, Tera Hofmann is reunited with her longtime teammate Saroya Tinker after the two spent the past seven years playing together including two years of junior, four years at Yale, and last season with the Metropolitan Riveters. Any good goaltender will tell you that chemistry with their defenders is essential to team success, so having that instant understanding with one of her blueliners is a welcome sign for the Six’s newest netminder.

Profile on Elite Prospects
Ridgewell spent last season as the team’s backup, getting into only a single game during the shortened season. Despite a less than stellar performance in that game, Ridgewell is a threat to steal games from the blue paint any night having previously been named to the NCAA Division I Hockey East All-Rookie Team after recording 694 saves during the season, the second most in conference history and later setting a Merrimack Warriors team record for shutouts in a season.
Content
Recent articles from Filipe Dimas