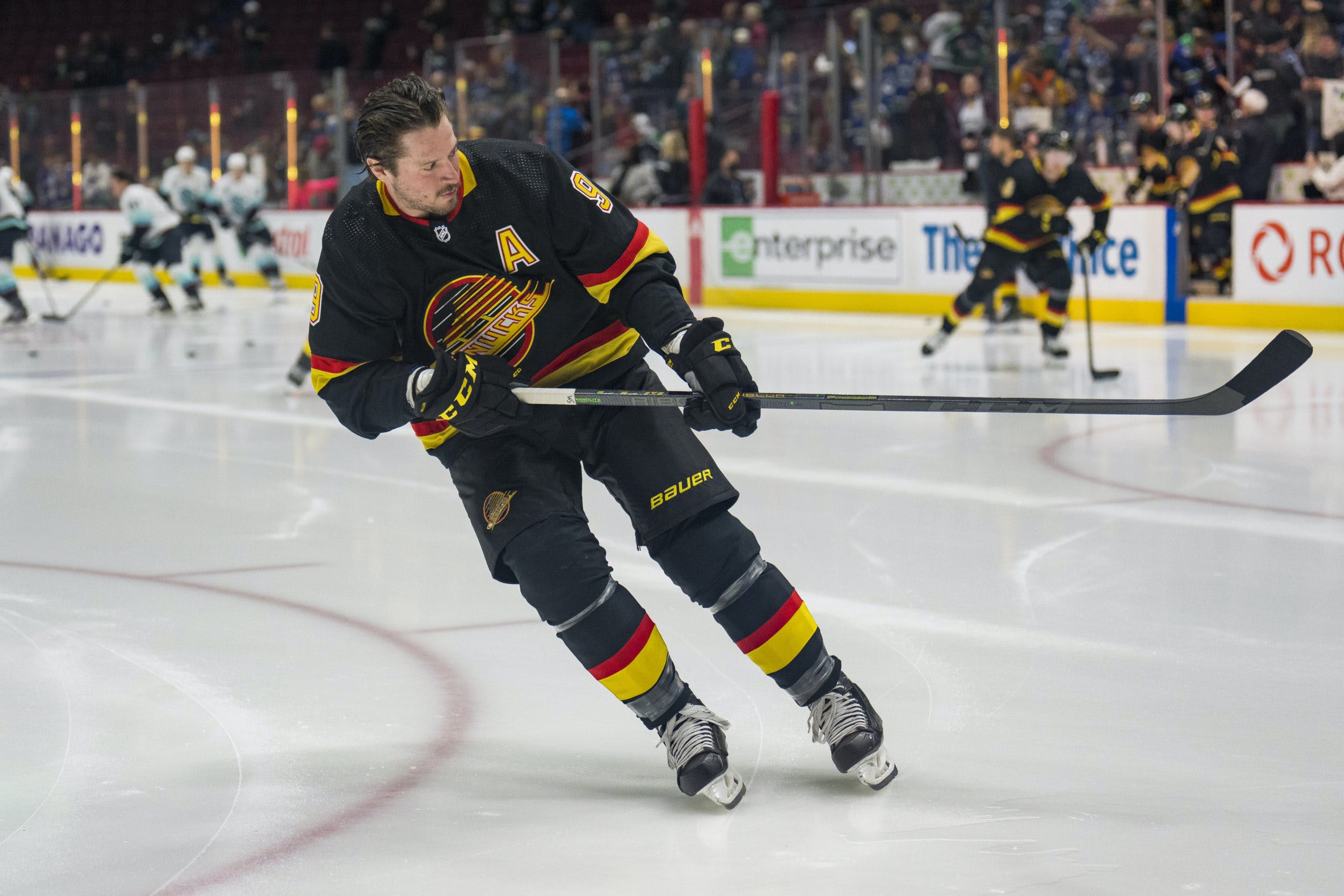 By Scott Ony
2 months ago
Over the past week there has been plenty of news around the NHL. Two Western Conference teams locked up game changing players, a few depth pieces earned one-year deals, some veterans will be attending training camps on try outs and there was trade between the Minnesota Wild and Anaheim Ducks.
Miller signs long term
The Vancouver Canucks shocked the hockey world on Saturday by signing J.T. Miller to a seven-year contract extension worth 56 million dollars. The deal carries a cap hit of eight million per season and has trade protection throughout. For the first four years he has a full no-move clause and in the last three he has 15 team no trade list.
Miller set career highs in goals (32), assists (67) and points (99) while playing in 80 games for the Canucks last season. He has been a subject of trade rumours since last off-season as the Canucks are among the least cap flexible teams in the league and their captain Bo Horvat is an unrestricted free agent next summer.
It’s rarely a bad move when a team can keep their best player in the organization, but it could become problematic as this contract continues until Miller is 37 years old.
Stars keep Oettinger for cheap
Somehow Jim Nill and the Dallas Stars were able to get Jake Oettinger to sign for three years at an average annual value (AAV) of four million.
The 23-year-old goaltender is one of the top young netminders in the game and played well above this value last year, especially in the playoffs. In 40 regular season games he had a .914 SV% and a record of 30-15-1. He stepped it up in the post season saving 272 of 285 shots for an incredible .954 SV%.
Depth signings
The Ottawa Senators signed Erik Brannstrom to a one-year contract worth 900k. A first-round pick by the Vegas Golden Knights in 2017, Brannstrom was the key piece sent back to Ottawa in the Mark Stone trade. He has yet to develop into a top four defenceman. Last season he had 14 assists in 53 games.
Fresh off a Stanley Cup championship with the Colorado Avalanche, Ryan Murray is joining the Edmonton Oilers on a league minimum contract (750k). Murray played in just 37 regular season games in and was scratched throughout the playoffs. This will be his third team in the last three years since leaving the Columbus Blue Jackets in 2020.
Also on a league minimum contract, Sam Gagner is now a member of the Winnipeg Jets. Gagner spent the last two plus seasons with the Detroit Red Wings, having one of his best years in recent memory in 2021-22. His 31 points were the most he’s had since 2017-18.
Professional try outs
Three veteran players have been picked up on professional try outs (PTO’s). Jimmy Vesey will be attempting to return to the New York Rangers, James Neal is attending camp with the Columbus Blue Jackets and Tyler Pitlick is trying out for the St. Louis Blues.
Kulikov trade
The Minnesota Wild traded defenceman Dmitri Kulikov to the Anaheim Ducks for future considerations. This move allows the Wild some cap flexibility as they are paying over 12 million in buyouts this season. Kulikov is still a solid bottom pairing defenceman and should provide a reliable veteran presence on a young Ducks team.
More From TheLeafsNation.com