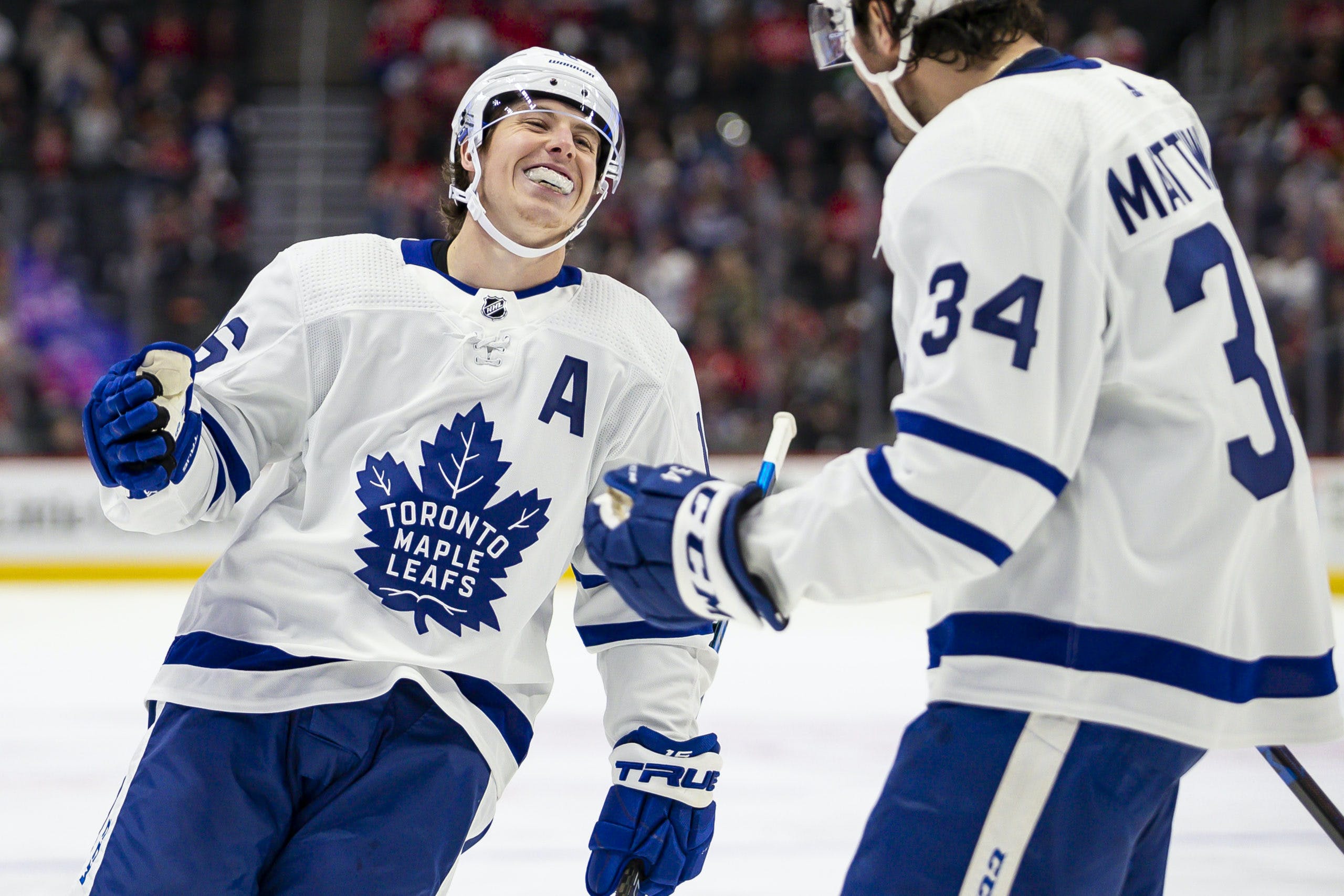 By Mike Gould
9 months ago
Toronto Maple Leafs forward @Mitch Marner is officially a 30-goal scorer in the NHL.
The 24-year-old winger scored two goals just 37 seconds apart to give his team the lead early in the second period against the Florida Panthers on Tuesday.
Marner got the party started 30 seconds into the period with one of the prettiest goals the Leafs have scored all year. The star winger danced past Panthers defenceman @MacKenzie Weegar in the neutral zone before undressing goaltender @Sergei Bobrovsky for his 30th goal of the 2021–22 season.
The unassisted goal gave the Maple Leafs a 2–1 advantage and elevated Marner to the 30-goal plateau for the first time in his National Hockey League career. Entering this season, Marner’s previous career-best was 26 goals (achieved in 82 games during the 2018–19 season).
Marner picked up his 31st goal of the season at the 1:07 mark of the middle frame with the Maple Leafs on their third power play of the game.
After Panthers defenceman @Ben Chiarot was called for interference, the Leafs went to work in the offensive zone and capitalized just 16 seconds into their 5-on-4 advantage. Marner took an east-west pass from @Auston Matthews at the right circle and quickly snapped a shot past Bobrovsky to give the Leafs a 3–1 lead.
Matthews and @John Tavares picked up the helpers on Marner’s second goal of the game.
@Colin Blackwell scored 57 seconds after Marner’s second goal to put the Leafs up 4–1. @Jake Muzzin added another goal (with Marner picking up an assist) midway through the second period to make it a 5–1 game.
Marner, 24, currently leads all NHL players with 66 points (25 goals, 41 assists) since Jan. 1, 2022. He has 31 goals and 87 points in 61 games with the Leafs this season.

PointsBet Canada has officially launched in Ontario! Get a $25 free bet just for signing up right here!
Uncategorized
Recent articles from Mike Gould