News from the Rink: Leafs playing for injured teammates in matchup vs. Lightning 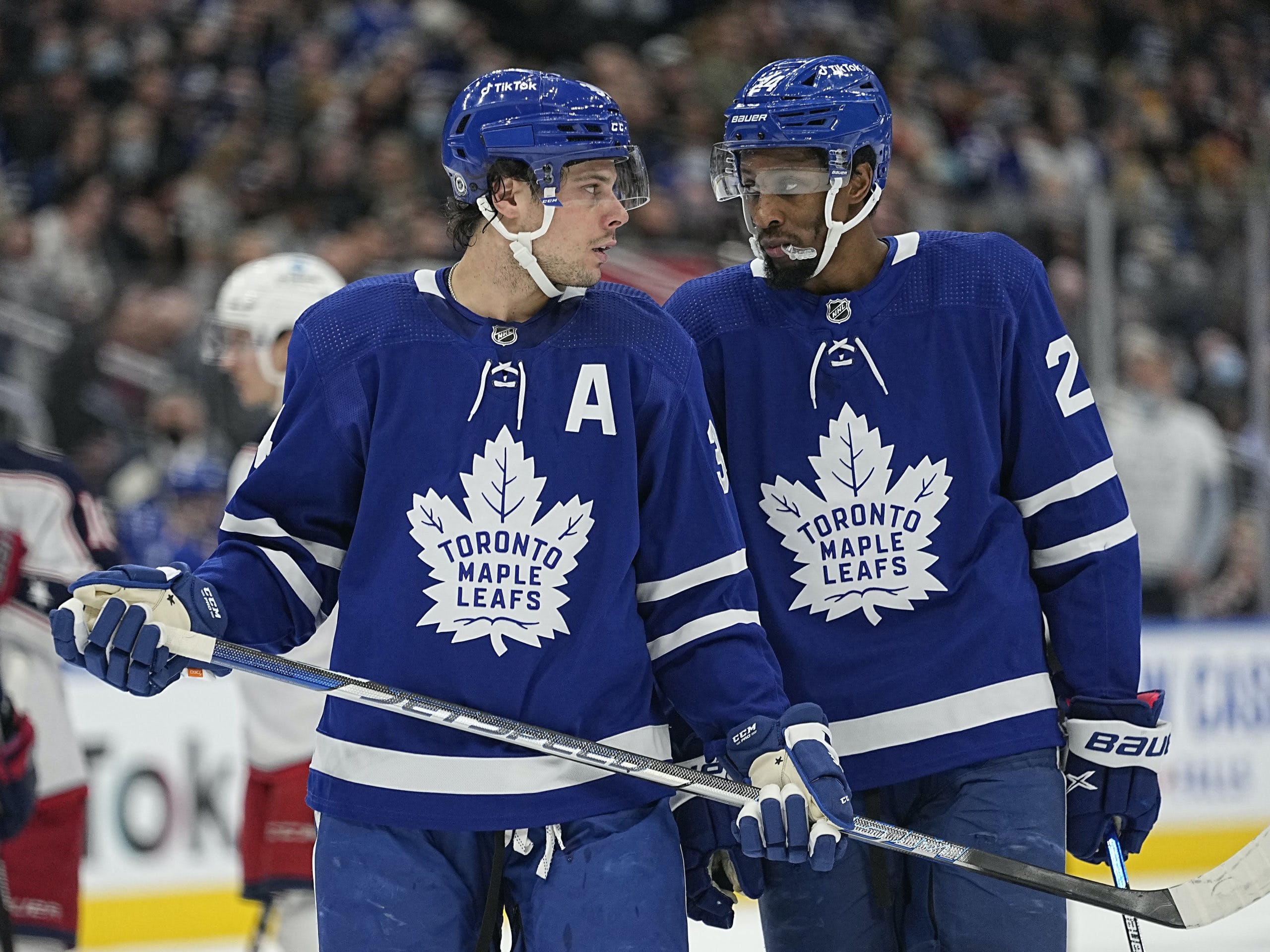 By Nick Barden
1 year ago
It’s a battle between two of the best teams in the NHL tonight as the Leafs take on the Tampa Bay Lightning.
Both teams have been extremely hot as of late. The Lightning has won 14 of their last 19 games, and Toronto has only lost three times in regulation through their last 20 games.
The Leafs, though, have been the better team this season, sitting atop the NHL standings, but Tampa is breathing down their neck.
Games like these are always huge for both teams because it’s like a measuring stick game. As much as you see how good each team is doing, these games are nice comparables to how close each team is to each other.
Tampa is without two critical players in @Nikita Kucherov and @Brayden Point. The Lightning is still a difficult team to play against with those two players out, though.
@Steven Stamkos has been Tampa’s most dangerous player, and he’s been averaging a point-per-game in his last 10. You can’t forget about @Victor Hedman, who’s averaging more than a point-per-game this season.
Those two are key players to watch out for, but you can never forget about @Andrei Vasilevskiy. The 27-year-old has 13 wins in 20 games this season while posting a .927 save percentage in that span.

There look to be no changes to the Leafs lineup after Tuesday’s game vs. Columbus.
@Jack Campbell is the confirmed starter for the Leafs, and it’s projected that Vasilevskiy starts for the Lightning.
Campbell leads all NHL goalies who’ve played 10+ games in both save-percentage (.939 in 20 games played) and wins with 14.
With the Leafs missing @Mitch Marner, @Rasmus Sandin, @Jason Spezza, and @Travis Dermott, the new guy’s slot in once again. Rubīns, on Tuesday, had 13:20 of ice-time and did get 1:16 on the penalty kill. Steeves played 8:28 while on the fourth line with @Pierre Engvall and @Kyle Clifford.

As there are key players out, though, @Wayne Simmonds says the Leafs are playing for them.
Many have asked why @Travis Dermott isn’t in this quote. Sheldon Keefe said after today’s morning skate that Dermott’s shoulder injury is minor, and he’s the closest player to returning.
@Jason Spezza, who was handed a six-game suspension for kneeing @Neal Pionk in the head, was on the ice before and during the Leafs’ morning skate. Way before any regulars got on the ice for the Leafs, Spezza was skating with @Petr Mrazek.
Mrázek is another player who’s slowly returning from an injury.
This is what Keefe said about Mrázek and why it’s taken longer to return from injury.
One of the last injured players who skated on Thursday morning was @Ilya Mikheyev. The 27-year-old is inching closer and closer to a return after breaking his thumb in Leafs training camp.
Keefe said Mikheyev will have an appointment today, which will judge how close he is to returning to game action.
Puck-drop between the Leafs and Lightning is set for 7 PM ET on TSN.
Uncategorized
Recent articles from Nick Barden