News from the Rink: Maple Leafs round out fourth line, Jack Campbell starts vs. Avalanche 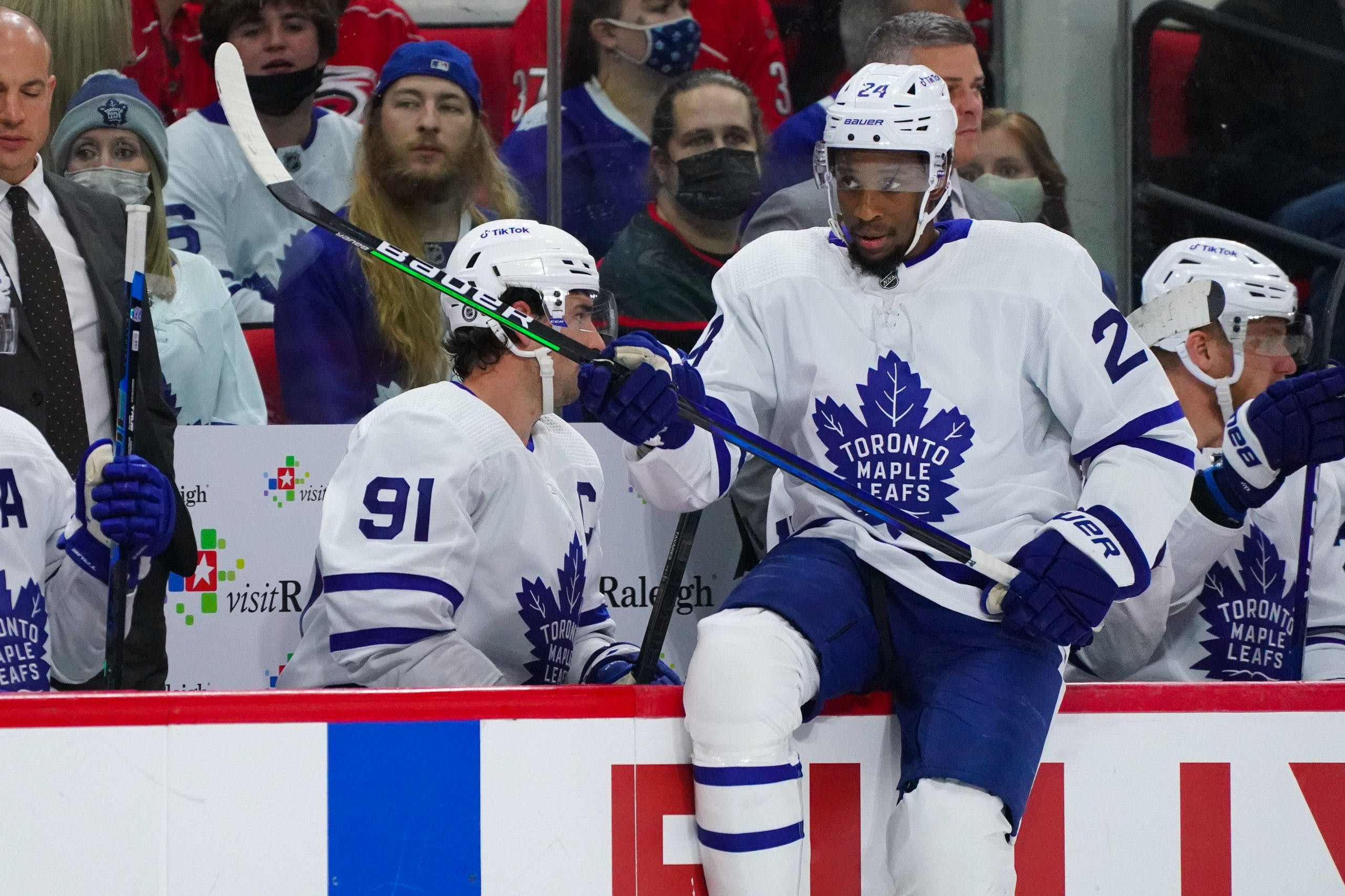 By Nick Barden
10 months ago
Tonight, the Maple Leafs have one of the toughest tests of the last month — a game against the Colorado Avalanche.
It’s the second matchup between the two teams this season, and if you remember, Toronto won the last game rather effortlessly, 8-3. This time, the game’s going to be a little bit different.
“The way that we’ve played in the two games since coming back from the break, that’s not going to cut it on this road trip,” Sheldon Keefe said after Friday’s practice. “That’s certainly not going to cut it on Saturday against Colorado. We’ve got to play better. We’ve got to play a lot more connected, a lot more in-sync, we’ve gotta raise our level — the intensity level, the stress of being on the road and the fans — all those things and what that provides. We’ve gotta get back to that level. We can’t be easing into it. Colorado is a team that comes at you in waves, and they come early. And we’ve gotta be prepared for that.”
As good as the Maple Leafs have been in the last 25 games, the Avalanche have been just as good. In the last 20 games, Colorado has a record of 16-3-1, compared to Toronto’s 15-5.
It’s not just the record that speaks for itself, as the players have played incredibly too. The Avalanche’s top-five players include @Nathan MacKinnon, @Gabriel Landeskog, @Nazem Kadri, @Mikko Rantanen, and @Cale Makar. The five have put together a combined 192 points in the last 27 games.
In comparison to Toronto’s top five, which consists of @Auston Matthews, @John Tavares, @Mitch Marner, @William Nylander, @Morgan Rielly, there’s a 51 point difference. The top-five Maple Leafs have a combined 141 points in their last 27 games.

The Maple Leafs’ lineup vs. Colorado

Toronto had an optional skate this morning, meaning no concrete lines. But, there were the lines from Friday’s practice that we can include.
Similar to Friday, there will be no @Mitch Marner or @Pierre Engvall because they were placed in COVID protocol.
Keefe confirmed on Friday that @Jack Campbell would get the start for the Maple Leafs in Colorado. For the Avalanche, the projected starter tonight is @Darcy Kuemper. In 22 games this season, Kuemper has 16 wins and a .912 save percentage.
With a morning skate earlier on Saturday, only a handful of Maple Leafs were on the ice. As Keefe said on Friday, @Ondrej Kase would travel with the team but wouldn’t play on Saturday.
He did skate on Saturday morning, but it doesn’t seem like any good news came from it.
Kaše, at this point, is considered day-to-day, per Keefe.
The final note is the Maple Leafs’ fourth line ahead of the game. Keefe confirmed that it would be @Kyle Clifford, @Brett Seney, and @Wayne Simmonds. I discussed on Friday that the speed and skill of Seney will compliment two tough guys like Simmonds and Clifford.
I’m keen to see how they perform tonight against a very skilled Colorado team.
The game begins tonight with puck drop set at 7 PM ET on CBC.
Uncategorized
Recent articles from Nick Barden