News from the Rink: Marner and Sandin return to Maple Leafs lineup tonight vs. Senators 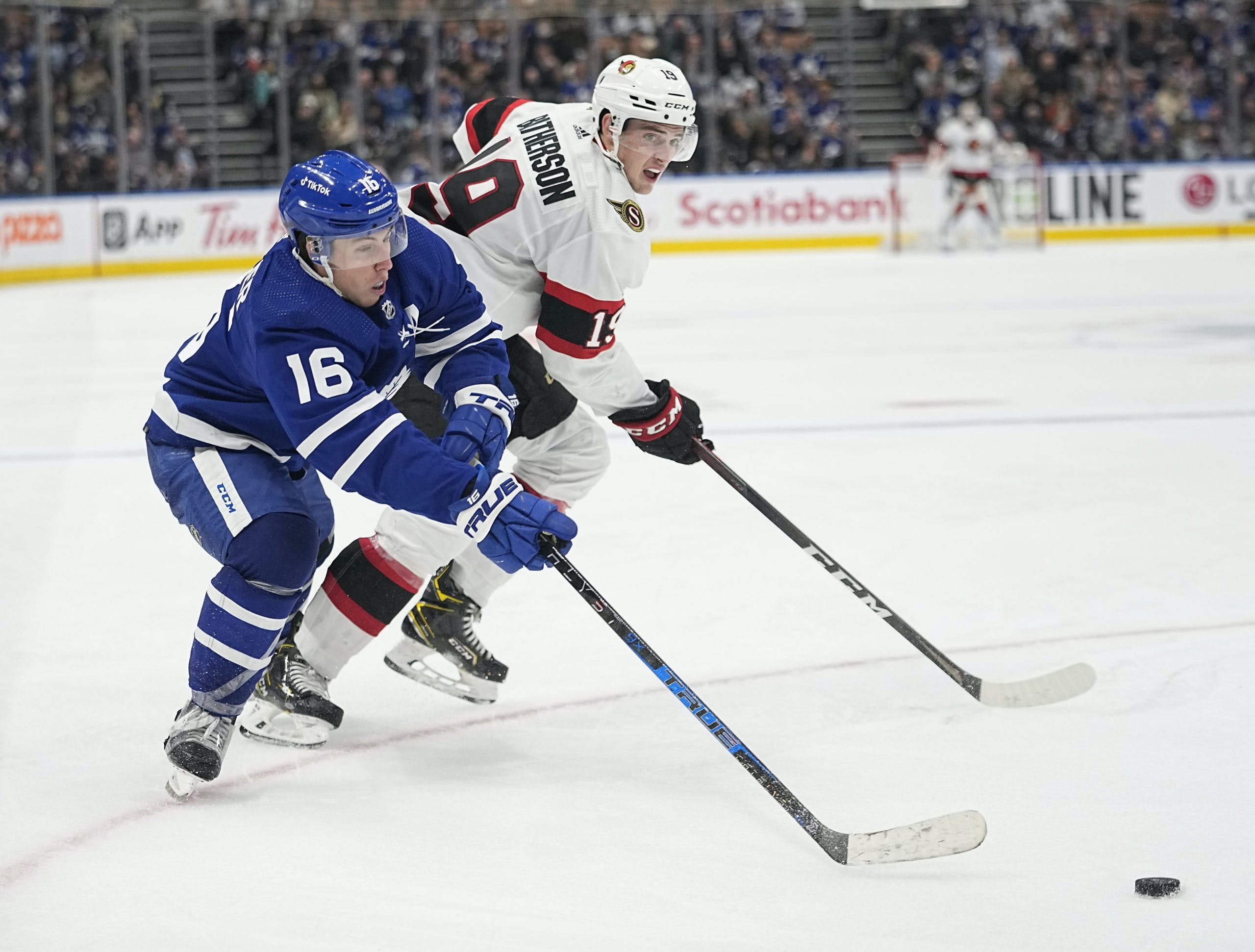 By Nick Barden
10 months ago
Ring in the first day of the new year with a game between the Ottawa Senators and the Toronto Maple Leafs.
Ottawa is playing their first game since December 18th, while Toronto hasn’t played since December 14th. With both teams not playing in over two weeks, expect a game that will be both good and bad. Messy is the right word.
@Drake Batherson is the Senators’ leading scorer with 28 points (9G, 19A) in 23 games. Right behind him in scoring is @Brady Tkachuk, who has 22 points (12G, 10A) in 25 games played.
The Senators sit seventh in the Atlantic division with a 7-22-4 record.

Leafs lines heading into the game

Toronto had an optional morning skate this morning, meaning we won’t know the exact lineup until warmups. But, we can go back to what they were yesterday at practice, and go off that.
A few alarm bells rung off earlier this morning when we saw that @Rasmus Sandin was reportedly sent to the minors. Many thought it was a salary cap move, and indeed it was. With @Mitch Marner also coming off LTIR, they needed to fit both players within the cap for tonight.
According to Maple Leafs head coach, Sheldon Keefe, both will play tonight.
“We’ve got some guys on the ice here right now, obviously with Muzzin, Rielly, and Nylander are the biggest question marks,” Keefe said on Saturday morning. “Marner and Sandin are going to play. The three guys who had their first day back with us yesterday, they’re question marks for us, and we won’t know on them certainly until they get off the ice, but maybe until later in the day in how they’ve responded and how they’re feeling. And then, they go through the process with the medical team.”
Another player who we know likely won’t play tonight is @Nick Ritchie. Keefe said yesterday that he didn’t give much thought as to making Ritchie the odd man out within the lineup. If Nylander can’t play, expect Ritchie to be back in.
The Maple Leafs’ starting goaltender tonight is projected to be @Jack Campbell, since he occupied the home net during the morning skate.
For the Senators, @Matt Murray will get his first start in over a month. He’s been playing in the AHL most recently and had a .918 save percentage in two games.
As cases continue to rise in both Toronto and Ontario, each team will need to get used to playing without fans in the arena again. At Scotiabank Arena this morning, staff began placing the tarps back onto the seats.
It’s another blow to what was supposed to be a positive season for the NHL.
Although it’s difficult to see no fans in the arena, the fact that hockey games are being played is nice.
“It’s different,” said Keefe when asked about how he felt coming to the arena on Saturday morning. “You guys know we don’t spend any time in this facility unless we’re playing on a game day. So, it’s been a while since we’ve been here, it’s a different part of your routine coming in, making your way down here. It’s a different environment, you’re adjusting back to it. The facility is much different, but lots of excitement. And that’s what I really like about the fact that we use this building for games because you come in here, you know it’s game day. And with that brings a level of excitement that you’re getting back at it.”
Puck drop for the Maple Leafs and Senators game is at 7 PM ET on CBC.
Uncategorized
Recent articles from Nick Barden