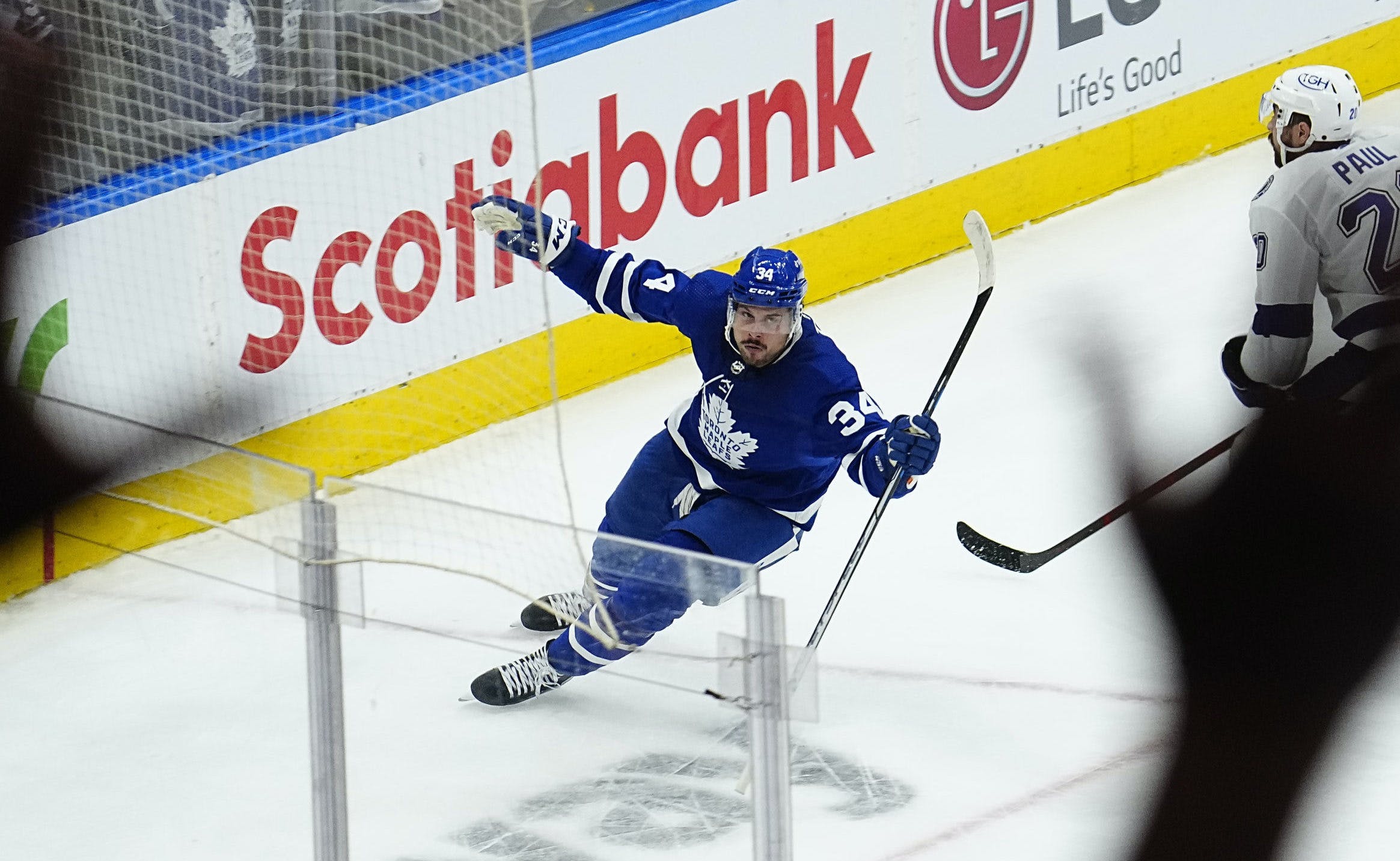 By Dylan Murphy
3 months ago
We’re just 10 days away from the start of the Leafs’ regular season and with just three more preseason games to go before opening night, the team’s initial NHL lineup is becoming clear.
At least 15 regulars will be on the ice tonight, playing against a Canadiens lineup that looks comparably filled with NHL talent. While the Leafs still have a number of players trying to secure a spot for opening night, most notably Pontus Holmberg, Denis Malgin and Alex Steeves, it seems as though one young player has punched his ticket into the open spot in the top-six.
Nick Robertson has impressed many throughout his stint at training camp, none more so than Sheldon Keefe.
The young sniper will get another chance to impress tonight playing with Alex Kerfoot and William Nylander on the second line. It should be noted that Robertson’s two goals in the NHL came while playing with Kerfoot (in the payoff bubble versus Columbus) and Nylander (in the regular season against Vancouver) which could be a recipe for continued success.
Elsewhere in the lineup, Matt Murray will get the full game just as Ilya Samsonov got a full 60 minutes on Friday night as the Leafs’ new tandem continues to ramp up preparations for the regular season.

As stated above, Matt Murray is expected to get the full game tonight.
On the Canadiens side, Josh Anderson and Sean Monahan are making their respective preseason debuts and Jake Allen will, like Murray, be playing the full 60 minutes.

For the Leafs, it’s the bottom-six forward group in it’s entirety. Holmberg has continued to impress despite his relative inexperience playing on North American ice. With the opportunities he has been provided, it would not be a shock to see him play as the Leafs’ fourth line centre at some point in the season, if not out of camp. Aston-Reese continues to make a strong case for a contract once the team can fit him under the salary cap. And on the fourth line, Gaudette makes a return from a short injury, his condition will be something to keep an eye on as we watch to see if Denis Malgin can still score and drive a line with significantly reduced ice time.
For the Canadiens, Sean Monahan’s return to play after a long absence due to hip injuries will be a focal point. It will be interesting to watch to see if he can rediscover the game that made him into a top-line centre for many years with the Flames, or if the many injuries he’s gone through will make it necessary to consider him a depth piece at best for the rebuilding Habs.
Tonight’s game starts at 7pm ET and will be broadcast on TSN2/TSN4
More From TheLeafsNation.com
News
Recent articles from Dylan Murphy