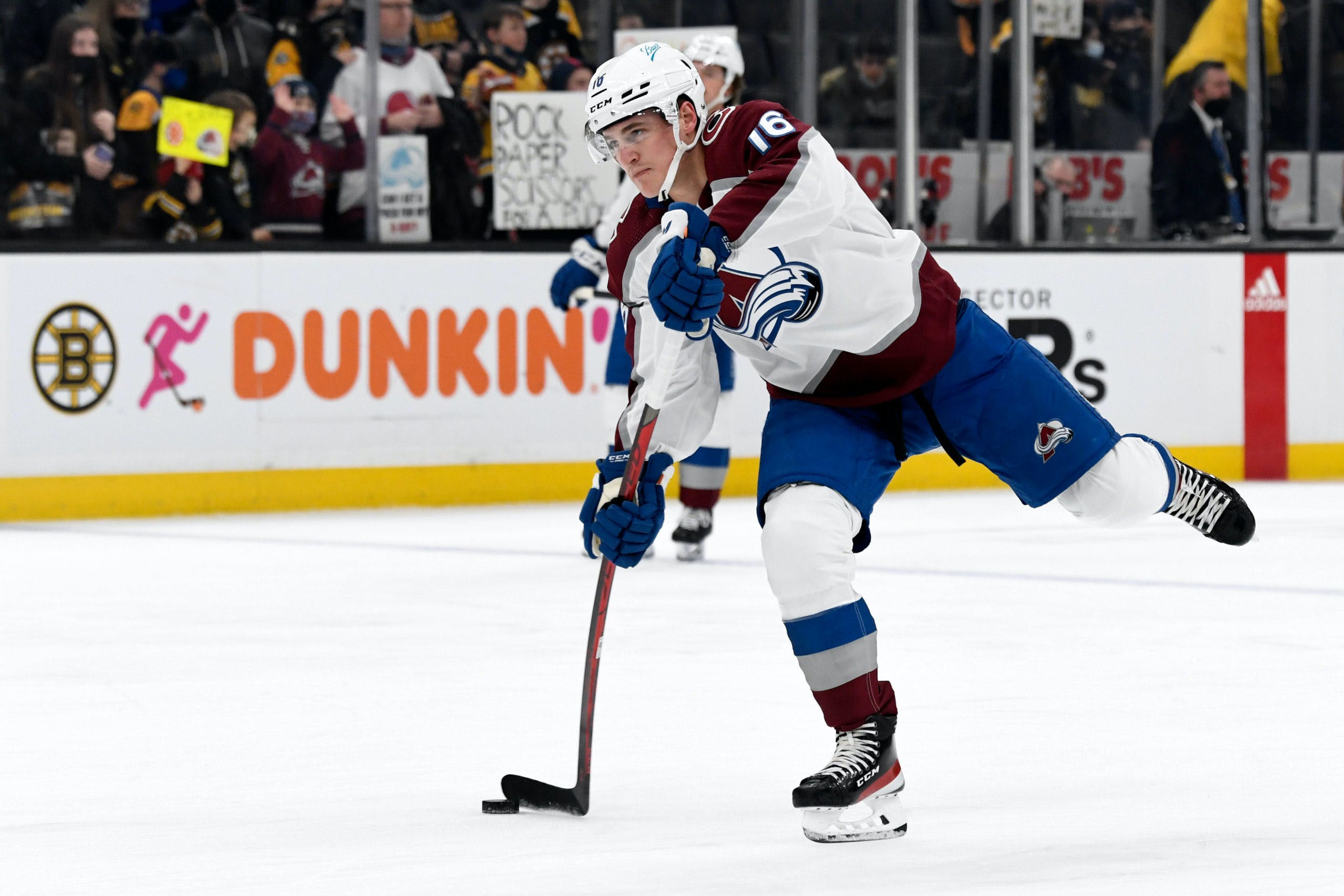 By Nick Barden
2 months ago
Over the last few seasons, the Maple Leafs’ fourth line has featured grit and skill over everything else, but that’s about to change a little bit with the addition of Nicolas Aube-Kubel.
He began the 2021-22 campaign with the Philadelphia Flyers, being in the organization since being drafted by them back in 2014. The 26-year-old spent four seasons in the NHL on the Flyers, leaving the organization with 50 points in 169 games.
Aube-Kubel was placed on waivers back in November by Philadelphia — only seven games into the 2021 season. 24 hours later, he was a part of the Colorado Avalanche, and well, the rest is history.
He won the Stanley Cup, dropped the Stanley Cup, and then signed a one-year, $1 million contract with the Maple Leafs. Everything you’d want in a player, right?
The 26-year-old, in 67 games with the Avalanche, was able to put up 22 points before the regular season came to a close. But his impact doesn’t come from being on the score sheet — it’s from his commitment to being a very difficult player to go up against.
Physicality is one of Aube-Kubel’s greatest strengths and it’ll make him an incredibly important player to the Maple Leafs. While in Colorado, the 26-year-old led all forwards in hits with 123 throughout the regular season.
For some perspective, Toronto’s top hitter was Wayne Simmonds, who had 148 hits in 72 games. After that was a steep drop-off with John Tavares being the next biggest hitting forward, only throwing 90 through 79 games.
Aube-Kubel is going to be the heaviest hitter on the Maple Leafs this season and I’m not sure it’ll even be close.
Only 26-years-old, there’s still some parts of his game that need improvements, which the Maple Leafs staff can help with. Even without improvements, though, Aube-Kubel’s 22 points in 67 games would put him second in scoring among Toronto’s fourth line players.
In front of him — newly-named Special Assistant to the General Manager, Jason Spezza — who had 25 points in 71 games.
Another part of Aube-Kubel’s game that stands out is his heart. Like most fourth liners in the NHL, the 26-year-old doesn’t shy away from dropping the gloves. He also doesn’t give up on the puck — wherever it might be on the ice.
Right away, after watching this clip, Aube-Kubel reminds me of former Maple Leaf, Zach Hyman. He sticks with the puck — never giving up — and it eventually ends up on his stick, then into the back of the net.
The 26-year-old does whatever he can to get the puck, and that’s something Toronto needed more of this off-season.

Looking at the Aube-Kubel’s advanced stats, it seems as though he was much better offensively last season and just average in his own end (something Toronto can work on him with). With his speed, determination, and physicality, I wonder if the Maple Leafs will try and use him in a penalty-killing role once training camp opens up.
A spot has opened with the departure of Ilya Mikheyev, and Aube-Kubel could be the perfect fit.
When it comes to a roster spot, though, it seems crystal clear that he’ll open up the season on the Maple Leafs’ fourth line. Playing there, the 26-year-old will be able to highlight all of his tenacity with and without the puck on his stick. With all of his experience, too, Aube-Kubel will also be of help to a few new faces coming up from the Marlies.
By the end of the year, I believe this signing will be looked at as one of the most successful. And if all works out, Aube-Kubel could be one of the most beloved Maple Leafs early on and throughout the year.
It’s a fascinating signing that could have a lot of upside in the future.
(Statistics via Hockey-Reference.com & chart via Evolving-Hockey.com)
More From TheLeafsNation.com