No need to panic about Maple Leafs start 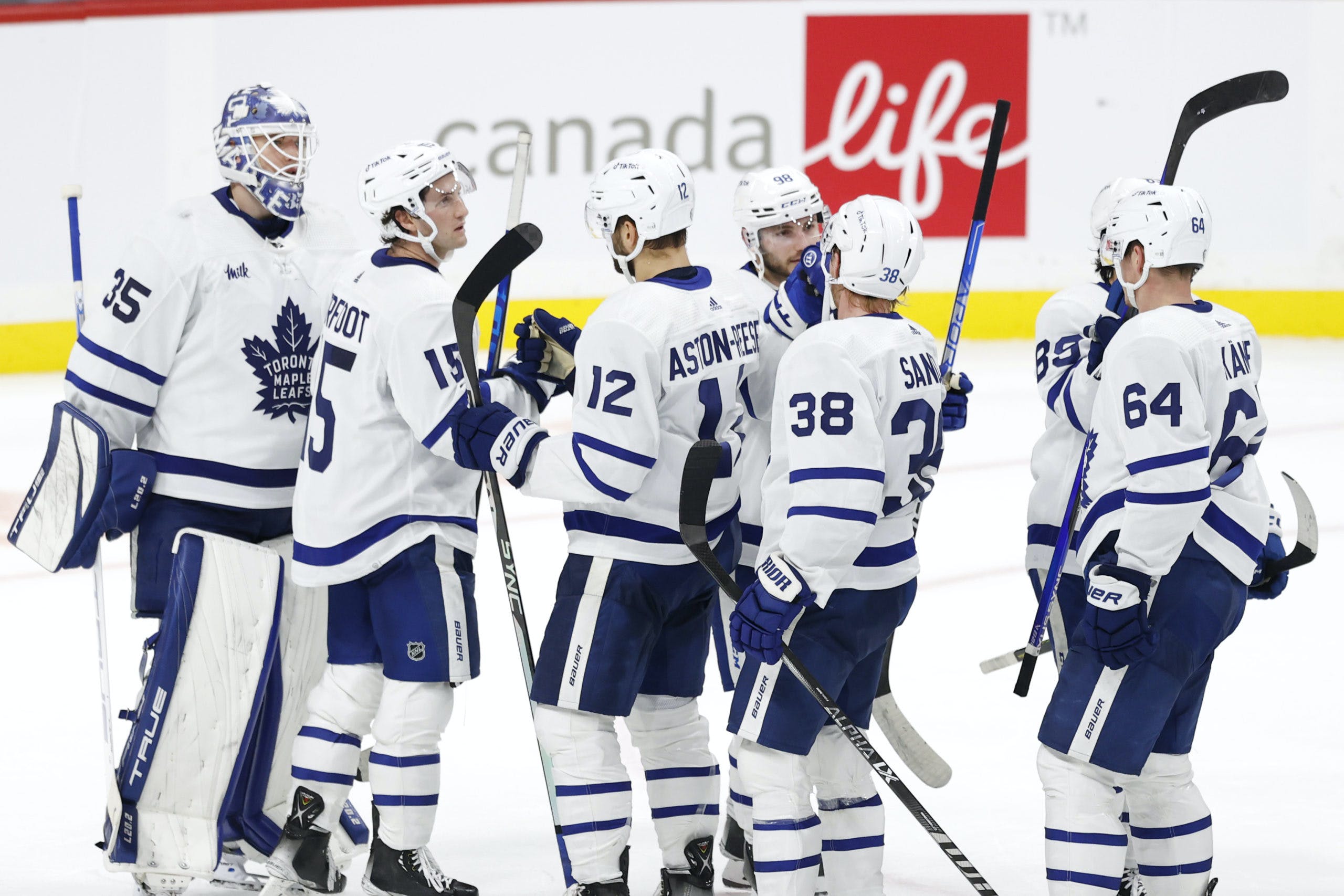 By Justin Walters
1 month ago
Tensions are pretty high in Toronto after the 4-3 start the Maple Leafs find themselves in after seven games. However, the record itself isn’t the issue at all, as this time last season, the Buds were 2-4-1, which is arguably much worse.
Despite having just five points at this time last season, not eight like they currently have, many fans are beginning to panic about this current roster. This is interesting, as many of their concerns are about facets of the roster that we should be confident will sort themselves out, while the most significant question mark heading into the season has been the least concerning.
Let’s look at why the Maple Leafs will be just fine, and we will begin to see the powerhouse roster reach it’s potential. Let’s start with the face of the franchise.

Are people actually concerned that Auston Matthews has lost the ability to score goals in the NHL? Do they think he won back-to-back Rocket Richard’s, the most recent by scoring 60 goals, all by luck?
Everyone, please take a deep breath; Matthews will be fine. It sounds terrible to blame it all on bad luck, but you would be foolish not to realize it’s at least a factor in his performance through seven games.
With just one goal with 33 shots on net, Matthews is shooting an astonishing 3.03%. He’s never shot less than 14% in his six prior NHL seasons, and his career average heading into this year was 16.53%. Nothing about his pedigree suggests he will keep up this shockingly-low shooting average for long, so expect to see it skyrocket quickly.
When it does, the Maple Leafs top line of Matthews, Marner, and Bunting will return to where they were last season, racking up points and making opposing goaltenders’ lives miserable.

The Matthews line will get going, and nobody has complained about Tavares and Nylander, who are running shotgun with youngster Nick Robertson. For the bottom six, however, there have been some underwhelming performances that shouldn’t last.
Starting with line three, Alex Kerfoot and Calle Jarnkrok continue to develop chemistry but are very similar players. Both are versatile forwards who can provide some secondary scoring but are most valuable for their skating and defensive responsibility. Along with Pierre Engvall, it’s a third line that analytics like a lot. They’ve been on the ice for 32:58 of 5-on-5 hockey and have a CF percentage of 58.89%.
That doesn’t mean Engvall has been impressive, though, because he hasn’t. After breaking out with 15 goals and 35 points last season, he was given a $1 million raise, and with that comes increased expectations. He’s got the size and speed to dominate on the ice, yet has only been able to generate nine shots on net in six games, seven of which were at even strength, and has yet to score.
With the fourth line, Nicholas Aube-Kubel and Zach Aston-Reese were both brought in to run shotgun alongside David Kämpf on what the Maple Leafs were hoping would be their best, and most physical fourth line in recent memory.
Aube-Kubel and Aston Reese may have put too much pressure on themselves to focus on the physical side of the game that they have gotten away from controlling the puck in the offensive zone and eating minutes off the clock. At 5-on-5, this line has been getting crushed with a CF of 28%, which needs to improve. That should strengthen when more chemistry is developed, but it was clear that Sheldon Keefe was unhappy with their fourth line and felt they needed a change when Wayne Simmonds and Kyle Clifford came in not just for the game against Winnipeg but against Vegas as well.
However, Keefe is also a coach that isn’t afraid to put all the lines in a blender when things are going great. We saw him try some new line combinations on Wednesday, and we will quickly find out if he uses them tonight against the Sharks.

Above all else, though, the element of the Maple Leafs start this season that has upset the fan base the most isn’t that they are 4-3, it’s how they achieved that record.
The Maple Leafs should have gotten at least a point in their opening game of the season versus the Montreal Canadiens, but they lost in regulation due to a brutal giveaway in the defensive zone by Jake Muzzin in the dying seconds. The Arizona Coyotes should have been a walk in the park and possibly the most straightforward two points of the season. Instead, the Maple Leafs looked disinterested about the game until the final 10 minutes and came up just short after a game-tying goal in the last minute was called off after review.
Then, many fans who stayed up late on Monday night to watch the Maple Leafs take on the Golden Knights were disappointed to watch their team struggle to find any rhythm throughout the game. They could only generate 23 shots on goal and had multiple brutal giveaways that led to scoring chances and a goal by Leafs legend Michael Amadio. The only positives that fans could take away from that performance were that Samsonov continued to look solid in the net, and John Tavares returned to the game shortly after taking a slapshot to the leg and being in a considerable amount of pain.
These aren’t things fans wanted to see out of the gate this season. Ideally, the Maple Leafs would be 7-0-0 and be atop the NHL. That’s not how these things work, so what’s the overhauling message to Leafs nation?

Yes, that’s not the most fun answer but it’s the most logical one. The Maple Leafs were worse this time last season, and they still set a franchise record with 115 points in the regular season.
Matthews had a slow start last season coming off wrist surgery with one goal in his first six games before scoring five in his next six, which truly kick-started his 60-goal season. Pierre Engvall is coming off an ankle injury that saw him miss the preseason, so there is an element of playing catch-up to the rest of the team. Aston-Reese and Aube-Kubel are good players who are strong on the forecheck and can get under opposing players’ skins. Once they get more comfortable in their roles and develop more chemistry, this will be an effective fourth line.
As for the poor team performances, as annoying as they are, they aren’t new. Last year the Maple Leafs laid an egg against the Pittsburgh Penguins, losing 7-1, without Crosby and Malkin in the lineup. The fanbase was worried this team stunk, and they rebounded shortly after with a 12-2 record in November. They seem to have a pattern of playing down to their opponent, which has to stop, and that will be a story to watch for this season.
Once this team gets a couple of wins under their belt and gets on a roll, most of these worries will wash away. Right now, it looks like the world is crashing in on the team, but it’s not at all. It’s been seven games, which is far too small of a sample size. Give it a few more weeks, and the Maple Leafs will again look like one of the contenders for the Presidents’ Trophy this season.
Stats from naturalstattrick.com, hockeyviz.com, & hockey-reference.com
Editorials
Recent articles from Justin Walters