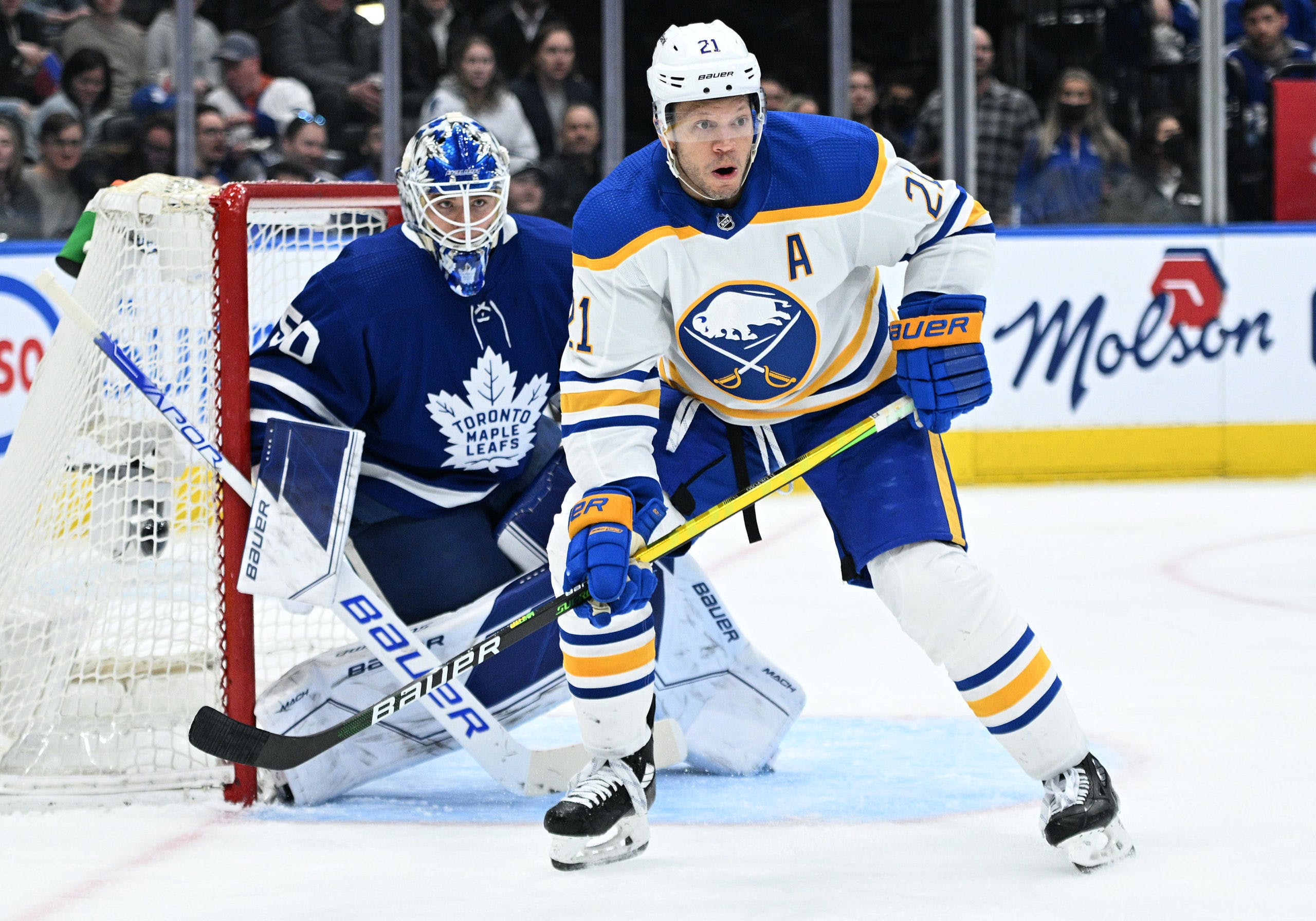 By Scott Ony
3 months ago
San Jose and Nashville kicked of the regular season in Prague this weekend, but the other 30 teams will have to wait a couple more nights. This week in the Atlantic division the Buffalo Sabres named a new leadership core, the Canadiens and Senators made waiver claims and a few contracts were signed.
Sabres captains
Kyle Okposo has been named captain of the Buffalo Sabres. He has worn an “A” on his chest since his second season in Buffalo, 2017-18. Injuries nearly derailed his career, but he had a bounce back season last year with 45 points in 74 games, more than his previous two years combined. Okposo is Buffalo’s first captain since Jack Eichel left after the 2020-21 campaign.
Joining him as alternates will be long time Sabre Zemgus Girgensons and 2018 first overall pick Rasmus Dahlin. This will be Girgensons second year with an “A” and Dahlin’s first.
Waiver claims
The Montreal Canadiens picked up defenceman Jonathan Kovacevic off waivers from the Winnipeg Jets on Saturday. A third-round pick in 2017, Kovacevic has spent most of the last three seasons in the AHL for the Manitoba Moose.
Last year he had a breakout season with 11 goals and 30 points in 62 AHL games. He also saw NHL action for the first time, playing in four games for the Jets.
Goaltender Magnus Hellberg was claimed off waivers by the Ottawa Senators from the Seattle Kraken last Monday. Hellberg will join Anton Forsberg as the Sens goalie tandem for at least the first month while Cam Talbot recovers from an upper body injury.
Other than one game for the Detroit Red Wings last season Hellberg has been in the KHL since 2017. Last year he posted a .917 SV% and 2.42 GAA in 37 games for Sochi HC.
Contracts
Two entry level deals have been signed by Habs prospects over the last seven days. Controversial 2021 first round pick Logan Mailloux and 2022 second rounder Owen Beck agreed to three year deals.
It has also been reported that the Ottawa Senators are close to a reunion with Derick Brassard. He split last season between the Edmonton Oilers and Philadelphia Flyers, scoring19 points in 46 games.
Brassard spent two seasons in Ottawa and was a key member of the 2016-17 team that reached the Eastern Conference final. He attended Senators camp on a PTO this fall.
News
Recent articles from Scott Ony