Our playlist for dealing with the Leafs 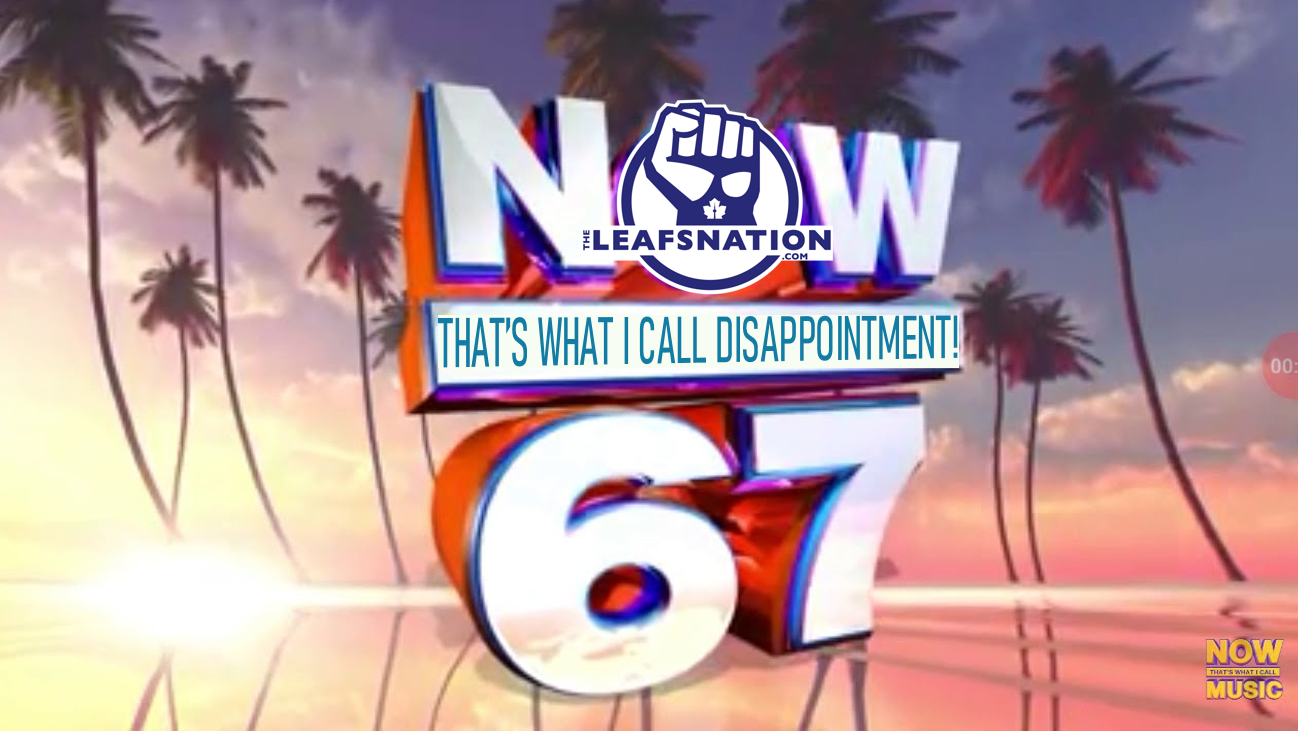 By Jon Steitzer
1 year ago
To say we’ve been feeling down around these parts is probably an understatement. We’re having a rough couple of weeks coming to terms with not only the Leafs loss, but the fact that the sweeping changes we want to see are very unlikely to happen. I know I’ve ate my feelings, drank my feelings, and rode my bike out into the woods to dance out my feelings. While I recommend all those coping mechanisms, the ones that we as a TLN team can collectively work through together is feeling our feelings through music. It’s for that reason that we’ve put together a playlist of songs based on the question: What song are you listening to in order to cope with the Leafs losing?
Here’s our playlist:

As it was a rainy day today, and the Leafs are not in the playoffs anymore, I was self-medicating by listening to Taylor Swift’s latest new album, Evermore. While listening to Tis the Damn Season, it seemed to really answer some feelings I had. The Toronto Maple Leafs are my ‘babe for the weekend’, and there are so many different ways this season could have gone to consider as the ‘road not taken’ looking ‘real good now’.

My game 7 cope music is a two-parter, right after the loss I had ‘Mailman’ by Soundgarden on repeat.Starts out “Hello, don’t you know me, I’m the dirt beneath your feet”. Leaf fans feeling walked all over so it fits, then it gets to the chorus of “I know I’m headed for the bottom, and I’m riding you all the way”, because I can’t seem to quit this team.”For all of your kisses turned to spit in my face, for all that reminds me which is my place” is a good approximation of the Leafs losing in the 1st round again too.
Then it was Michael Jackson’s ‘They Don’t Care About Us’, the chorus “All I want to say is they don’t really care about us” was the mood. Not at all the point of the song, but “I’m tired of being a victim of shame, they’re throwing me in a class with a bad name, I can’t believe this is the land from which I came” is so painfully true of Toronto at the moment.Once the initial feeling of disappointment passed, it turned to angry metal listening while I do ELC slides and other season end cap calculations.

good 4 u by Olivia Rodrigo because I’m not happy and healthy. I am sad and eating my feelings away. Still.

Inspired by a Dom Luszcyszyn tweet in the wee hours of the morning after the single most embarrassing moment in Leafs franchise history (yes, even more than the David Ayres game) I listened to the song All Too Well by Taylor Swift for the first time ever. And I think that this little excerpt pretty well sums up my feelings on the Leafs right now:
“Maybe I asked for too much
But maybe this thing was a masterpiece ’til you tore it all up
Running scared, I was there
I remember it all too well”
I went into this season thinking ‘hey, the world is pretty messed up and weird right now, this would be the perfect time for the Leafs to go on a run out of nowhere and win a cup that people will argue is illegitimate for ages’ and they hit the ice and hey, look at that, they’re one of the best teams in the league, could it actually, finally happen? They’ll never have an easier path to the conference finals. But of course, it didn’t, and this loss is one that’ll stick with me. Never again will I base any expectations by how they perform in the regular season, because I’ll remember this series, all too well.

Dear John – Taylor Swift. Ok yes I know this is about John Mayer and it’s kind of ripping into him but that’s not the connection I’m making.
Without John Tavares the leafs lost. “Dear John, I see it all now that you’re gone” I see the terrible outcome because he couldn’t  play. See where I’m going? Let me make it clear that I’m not blaming him!! I love him ok, not his fault.You are an expert at sorry,
And keeping the lines blurry
Never impressed by me acing your tests
All the girls that you’ve run dry
Have tired, lifeless eyes
‘Cause you burned them out
But I took your matches before fire could catch me,
So don’t look now, I’m shining like fireworks over your sad, empty town
Replace girls with fans and c’mon there’s no way this part doesn’t work. This is also a great song to yell sing and get all the emotion out. Try it. Taylor understands our pain.

Architects – Death Is Not Defeat
Pretty self explanatory. As painful and devastating as this most recent collapse was for the Leafs and their fans, all is not lost. The angst and rage in the delivery of the lyrics, coupled with the intensity of the song’s composition, captures the frustration and dismay felt by Leafs fans as another promising season fell apart but the overwhelming theme is the refusal to admit defeat. This core group of the Leafs will return to fight for glory once again, and the passion that unites us all will continue to burn.“When I leave this skin and bone
Beyond my final heartbeat
I’ll dismantle piece by piece
And I will know that death is not defeat”

I’m not really a “listen to music while weeping” type. Music is the only pure escape I can truly think of that doesn’t really disappoint, so I try to listen to stuff that will elevate my mood rather than drag it down further. If I am feeling weepy, I tend to listen to something more upbeat and energetic, so if I have to give a song, I’d say Spirit Adrift’s Ride Into the Light has gotten a lot of plays from me lately. Song just absolutely shreds.
Disclaimer: I was tempted to put an extremely heavy death metal song, but I’m trying to win hearts and minds here on the whole heavy metal thing.

I Always Wanna Die (Sometimes) by the 1975
Anyone who knows me knows I’ve overused using this song as a joke about my pain in general, but it definitely applies to the Leafs. It’s a song about how wanting to die has become a big mood for the average person, and who can better encapsulate that feeling than a Leafs fan after another disappointing loss. The chorus chanting “I always wanna die” acts as the anthem, while the more uplifting instrumentation almost add a bit of satire to the whole thing, and in the end it just feels like you’re laughing away the pain, but in a Joker kind of way.

“I’m Not Having Any Fun by Bad Suns”
I think the title is pretty self-explanatory, but this absolute bop from Bad Suns on the title alone gets my nomination as far as summarizing the last couple of years of watching the Maple Leafs. I am absolutely not having any fun at this point with this team. The Maple Leafs once again have been knocked out early, and so we sit around again, watching other (arguably inferior) teams experience playoff hockey while we drone on about how “Mitch Marner’s contract sucks” and “The depth sucks” and it all just sucks. Please win a round next year Maple Leafs. I’m begging you.

As the resident old bastard on this site I feel obligated to go on a deep dive into the wonderful world of 90’s R&B and pull out Kelis’ song that wasn’t Milkshake. I’m talking about Caught Out There, and with a chorus of “I hate you so much right now” repeated again and again followed by a scream, that certainly speaks to how I feel about the Leafs. Throw in a ton of lyrics speaking about lying and betrayal, and well, this is my Leafs jam at the moment. We can’t all pick Taylor Swift songs, right?
To give our playlist a listen, here’s the link.
Uncategorized
Recent articles from Jon Steitzer