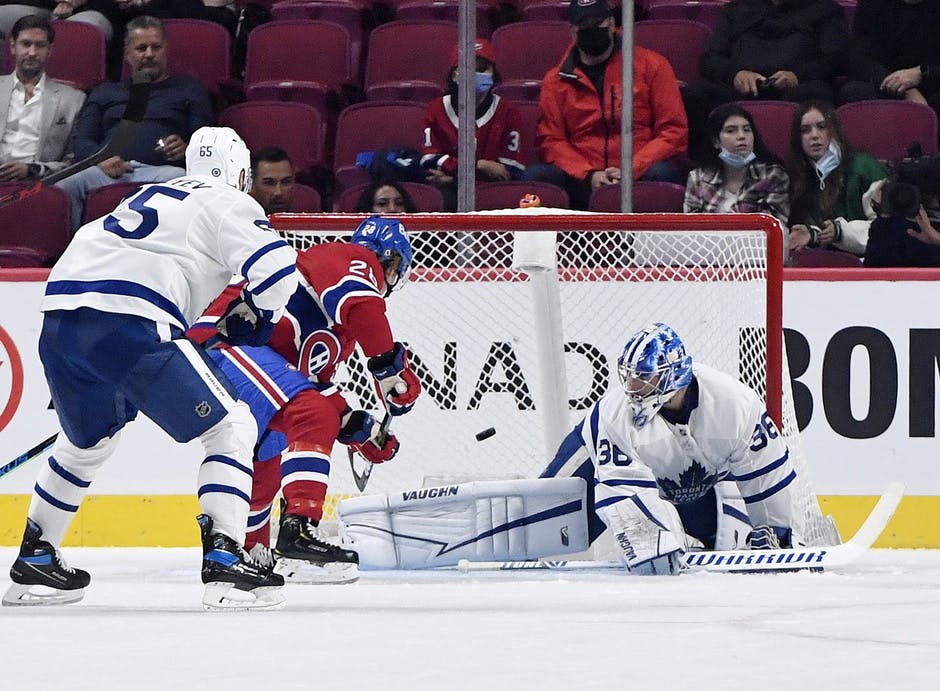 By Scott Maxwell
1 year ago
Leafs had another strong game at 5 on 5, but a slew of penalties early in the game put the Leafs in an early 2-0 hole that they couldn’t recover from, and they found themselves on the losing end of the scoresheet.
Of course, it’s preseason, so who really cares.
Jack Campbell got the start in net and didn’t look amazing, although you can’t really fault him on any of the goals except for maybe the first one. He was amazing last season, but of course there will be some concern about if he can maintain that for a full season, so it’s definitely something to keep an eye on. The penalty killing didn’t look too hot either, but none of the defensemen are really mainstays on the penalty kill, but it kept up that aggressive play from Saturday and had several chances of their own.
Despite the loss, they were probably the better team, and that’s because a lot of the players had really strong games. Mitch Marner was creating chances like he always does, and his shot looked at least somewhat threatening, which overall is encouraging considering how much scrutiny he got in the playoffs. Ondrej Kase was pretty good at generating chances, and was rewarded with a goal, and Nick Ritchie also looked pretty good on Marner’s wing, so it’ll be interesting to see how he does when Auston Matthews joins the group. On the back end, Morgan Rielly was his usual self, creating a few great chances, but also causing a few for Montreal as well, and Travis Dermott also looked pretty impressive as well as his partner.
Some of the young guys also impressed. Kirill Semyonov was actually the teams best player possession wise, and had a whopping 96.47% xGF% as well. Adam Brooks looked good filling in for Matthews, so he could have some potential moving up the lineup in the event of injuries. Semyon Der-Arguchintsev was also threatening, especially for a dominant stretch on the four minute power play for the Leafs in the second.
Overall, it wasn’t a bad game, but it wasn’t amazing either. It’s the preseason. Move on.

He didn’t get off to the best start, allowing a goal pretty quickly after he subbed in for Campbell, but he kept the Leafs in the game after that, especially during a stretch of breakaways in the third. Stopping seven of eight isn’t the prettiest stat line, but it’s the preseason, he was having fun.

After requesting a trade in the offseason, Kyle Dubas seemed adamant on keeping Mikheyev around and telling him he’d get more chances. After getting some chances alongside William Nylander on Saturday, he had another strong game, driving play alongside Semyonov and Wayne Simmonds, and getting his fair share of scoring chances again. Still can’t score to save his life, but maybe he’ll get one this preseason and get his confidence up.

Marner isn’t exactly in most Leafs fans good graces right now after another weak playoff performance since taking the Leafs to the cleaners in his contract negotiation, and I’m sure tonight’s performance won’t win most people over, but he was the best Leafs player on tonight’s roster, and he played like it, doing his usual thing creating chances, and getting a couple of his own (that he also still can’t bury). He also made his debut in that bumper spot on the power play, and it definitely has potential, especially with Nylander and Matthews flanking him on the half walls.

I hope Ducharme has a terrible night’s sleep for deciding to challenge a goal for offside in a PRESEASON GAME.
The Leafs continue their preseason adventures on Wednesday with a game against the Ottawa Senators at 7pm. We’ll probably see some players cut by that point, so hard to say what kind of lineups we’ll see from the Leafs, and maybe even Brady Tkachuk has finally re-signed and he’ll be in that night as well. Who knows, it’s the preseason!
Uncategorized
Recent articles from Scott Maxwell