PHF All-Star weekend is coming to Toronto in early 2023 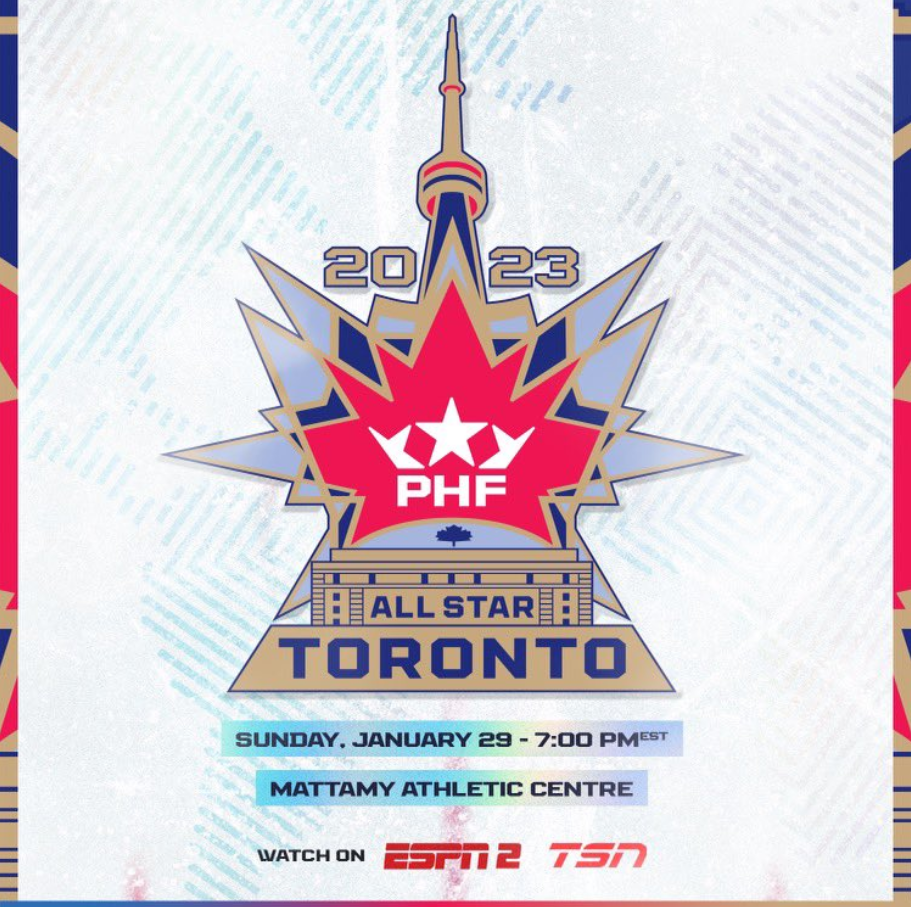 By Nick Barden
1 month ago
The Premier Hockey Federation announced on Thursday that its 2023 All-Star festivities will be held in Toronto this coming January.
This will be the first time that the PHF has held an All-Star weekend in Toronto, and in Canada. The 2022 event was supposed to be in Toronto, but due to Ontario’s COVID-19 restrictions, it was moved to Buffalo.
The “pinnacle showcase event” will be held at Mattamy Athletic Centre, home of Toronto Metropolitan University’s TMU Bold, and an old piece of Maple Leaf Gardens, on January 29th at 7PM ET.
The format will include three teams — the USA, Canada, and a Global team — with players selected from each of the seven PHF franchises.
“This season we have the opportunity to showcase the record breaking depth of our player pool that includes more Canadian and international players than ever before,” PHF commissioner Reagan Carey said in a media release on Thursday. “Bringing our new PHF era and foundation to a place like Toronto, a city steeped in hockey tradition, and a venue like the Mattamy Athletic Centre, formerly known as Maple Leaf Gardens, is a great opportunity for the league and our athletes and a perfect fit for our first Canadian All-Star event.
“The primetime broadcast on ESPN2 and TSN exposes our game to one of our largest audiences ever, and we look forward to putting on a great show for our viewers at home and the passionate fans attending in Toronto.”
There will be a mini round-robin to begin before capping off All-Star weekend with a championship game that will be broadcasted on TSN in Canada, and ESPN2 in the United States.
“I can’t wait for the fans in Toronto to be able to experience the PHF All-Star game live,” Toronto Six president Sami Jo Small said in a statement from the league. “For the players in the PHF, playing this game in one of the largest, most energetic hockey markets in the world will be an incredible showcase for the talent within the league, and your presence in our community will help inspire many young hockey players and fans.
“We have some of the best women’s hockey fans in the world here in Toronto and they are going to be thrilled and amazed by the incredible skill of the PHF players.”
This will be the 7th All-Star event that the PHF has held since the league formed, as the NWHL, back in 2015. The PHF says team captains and rosters will be released in the following weeks, along with more details regarding the competition.
There will also be “ancillary events” such as a Hockey Hall of Fame reception and community outreach initiatives that will also be announced in the near future.
Jillian Dempsey’s team won the round-robin series in the last All-Star weekend back in January, with Toronto Six goaltender Elaine Chuli taking home the MVP award.
News
Recent articles from Nick Barden