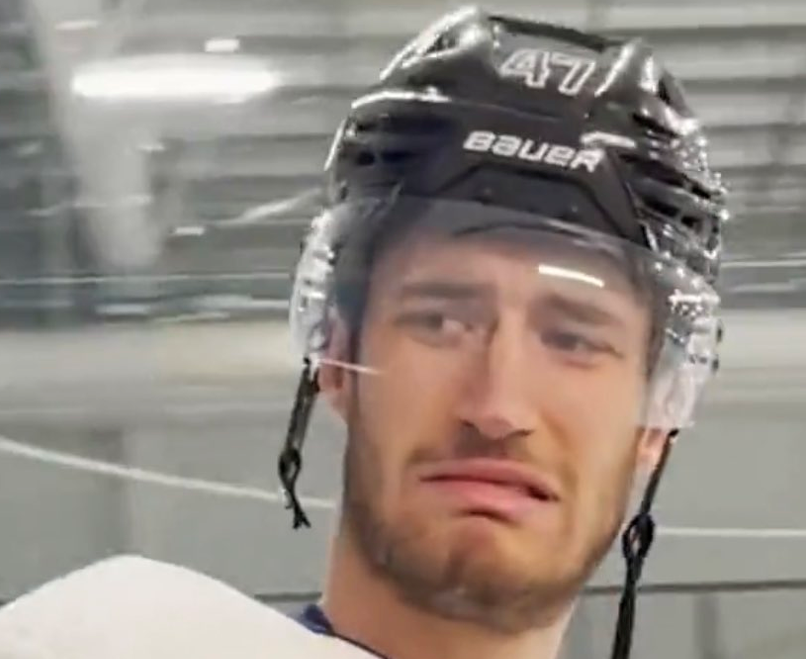 By Jon Steitzer
1 month ago
There has always been a desire to see Pierre Engvall use his size more. I guess we should be careful what we wish for and after an ongoing battle with Sean Durzi, Pierre Engvall used his frame in order to wield his stick like a lumberjack wields their axe to cut down Sean Durzi at center ice.
Now, Pierre Engvall doesn’t seem like a malicious player based on his entire career to date, and this is a rare moment where he has initiated any form of contact with another player on the ice, so it’s certainly a surprise to see him ejected for intent to injure. That being said, how do you not punish this, and a discussion with the Department of Player Safety seems reasonable.
How the Department of Player Safety will respond is anyone’s guess. To say that discipline is handed in an ad-hoc manner is about the politest way I can say this department is an absolute clusterf*ck on the best of days.
What we can count on is that if the DoPS is taking time to have the conversation, Engvall is going to miss at least a game or two. It’s for that reason that Joey Anderson has been recalled to offset the loss not only of Engvall, but Nick Robertson as well.
News
Recent articles from Jon Steitzer