Predicting the Marlies defence pairings for the 2021-22 season 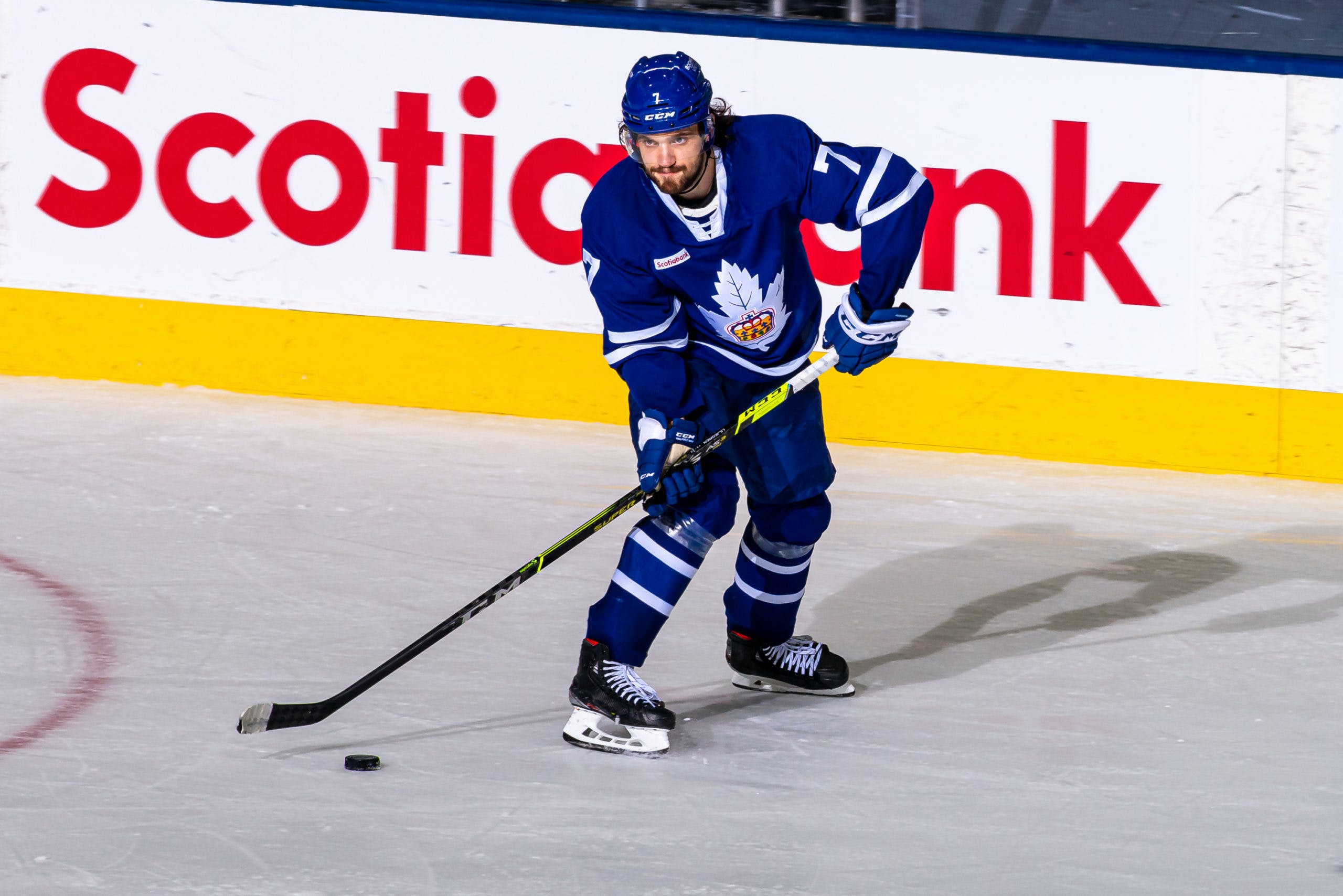 By Nick Barden
1 year ago
We’re just a brief period away from Maple Leafs training camp, as well as Marlies camp. With it being so close, I decided to predict each of the pairings on defence. This is a daunting task, but it’s something that needs to be completed before Marlies camp begins.
Let’s start with the biggest question mark heading into the 2021-22 season for Toronto:
@Timothy Liljegren has made great leaps throughout the past two seasons in the AHL and is someone who could fight for a roster spot on the Leafs. However, with a crowded defence core, he’ll likely start the season back with the Marlies. The 22-year-old does have a slim chance to make the team, but @Travis Dermott and @Rasmus Sandin are ahead of him in the line.
Unless there’s an injury, I believe Liljegren will begin the year in the AHL. It’s a frustrating time for him because he’s a bottom-pairing defenceman on most NHL teams. However, with Toronto and their depth, it’s just not plausible unless there’s an injury.
There are plenty of opinions on the 22-year-old and how good of a defenceman he can be. It might get to a point where if Toronto doesn’t bring him up, you’d imagine he could request a trade. Right now, that’s entirely speculation, though the question has to be asked at some point.
I’d like to believe there have been discussions involving Liljegren and an NHL opportunity in Toronto. The 22-year-old is in a tough place, and the National Hockey League is where he aspires to be. It just might take a little bit more time to get there.
The rest of the Marlies’ defence is interesting. To start, if Liljegren returns to the AHL, he’ll make up half of their first pairing. It’s fascinating because we don’t know who will play alongside him just yet.
With the Maple Leafs making additions to bolster their depth, there are some obvious choices. @Carl Dahlstrom is the first option in my mind. At six-foot-four, the 26-year-old could be a player who could produce beside Liljegren. He’s had the offence to do so with the Rockford IceHogs and Henderson Silver Knights in the AHL. It’s always possible he could do the same while with Liljegren.
Toronto also has @Teemu Kivihalme and @Kristians Rubins who could both help contribute on the first pairing. But, it will depend on how the Marlies staff view this season. If they want to be a playoff team, they’ll likely go with Dahlstrom. Unless they lean more into development, which could mean a younger player gets a chance.
In my mind, though, with the team they’re going to have — they will want to make a run. So, my predictions for the Marlies’ top-pairing are Dahlstrom on the left and Liljegren on the right.
A friendly Swedish connection.
The second defence pairing is where it gets a little difficult to judge. Along with those who were discussed already who can play on the left, you now also have to factor in those who can play on the right. Players of note are @Joseph Duszak, @Brennan Menell, @Alex Biega, and @Mac Hollowell.
My first thought is Biega because of his experience in both the NHL and AHL. He doesn’t shy away from competition and also isn’t afraid of being offensive when needed. However, you also have a player in Mennell, who put up 38 points through 47 games in the KHL last year.
I’m going to predict that both of them will make up the right-side in the bottom-four. I’ll say that to start the season, Menell will be on the second pairing. Then alongside him will be Kivihalme. One of the reasons I say this is because the two are so close in age. At 24 (Menell) and 26 (Kivihalme), this is the time to prove that both are ready to be in the NHL, and they’re likely going to try and show that in this season.
The young, but also experienced guns.
Toronto’s final pairing is simple. Biega on the right, Rubins on the left. I say this because @Filip Kral and @Noel Hoefenmayer are much younger and could use some time in the ECHL. However, the excitement behind Kral is real. If there’s anyone that I’m betting on to steal a Marlies roster spot, it’s him.
You might be asking about the rest of the players like Duszak and Hollowell. They’re both at important points in their development where you’d like to see how good they can be. With that, I think the Marlies head coach, Greg Moore, will allow them to come in and out of the lineup as much as possible. It’s ideal for both of them to be dressed for a lot of games this season.
If there’s an injury, though, these pairings will change. Whether that’s with the Maple Leafs or Marlies, one player is likely to move up. One of Dahlstrom or Biega could be at the NHL level, but it’s unlikely due to Toronto’s cap situation.
So, to end it all off, here are my predictions:
Dahlstrom / Liljegren
Kivihalme / Menell
Rubins / Biega
Extras: Hollowell, Duszak
Even without injuries, I think Moore will give each player a chance to play games. For most of them, it’s an opportunity to develop. And with the AHL’s veteran rule, a lot of the younger players will get their turn. The hardest part is finding the right time to put others in and when to switch the pairings around.
It’ll be an interesting start to the Toronto Marlies’ season, and I hope you’re ready.
Uncategorized
Recent articles from Nick Barden