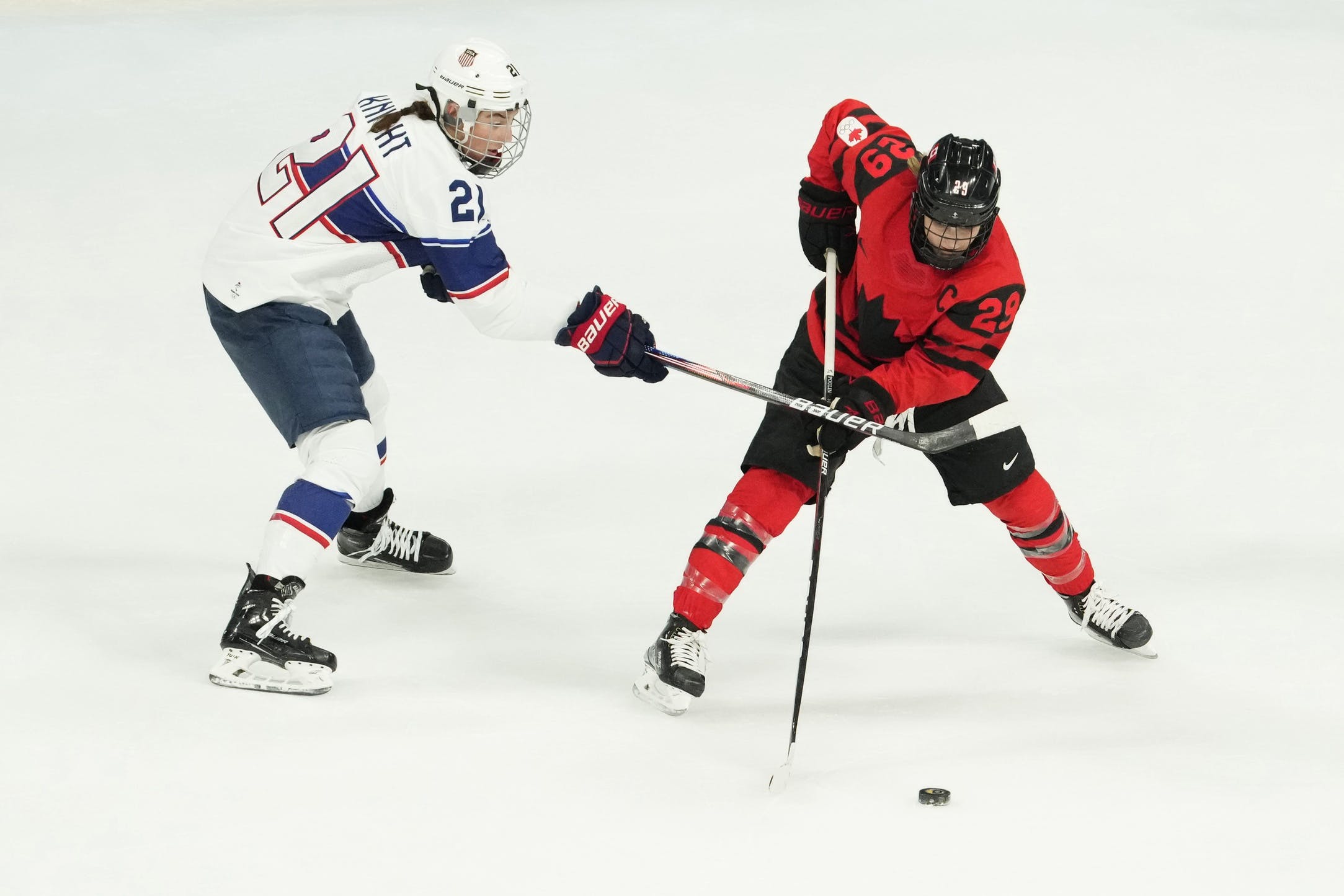 By Ryan Hobart
8 months ago
A year and a half ago, when I started covering women’s hockey, the rift between the then NWHL and the recently formed PWHPA was fresh, and wide. I was intimidated by it, frankly. The politics seemed so deep and divided that I wasn’t sure I’d ever be able to confidently talk about it. I’m still not totally sure I can now, but I’m going to try my best.
As you may have seen, it was announced by Jeff Marek that the NHL is trying to close the divide in women’s hockey between these two major organizations:
On the one side you have the Premier Hockey Federation, which was formerly the NWHL, National Women’s Hockey League. They changed their name heading into this season in order to be more inclusive of transgender players who may play in the league. You may have seen coverage on this blog of the Toronto Six, which is the newest franchise in the PHF and may end up leading the league at the end of this season.
On the other side, you have the Professional Women’s Hockey Player’s Association. Chances are if you can name 10 women’s hockey players, they’re all members of the PWHPA. This organization formed out of the collapse of the CWHL, the Canadian Women’s Hockey League, in 2019. Many top tier players were frustrated with the meager pay and poor accommodations provided by the NWHL at the time, so they started the PWHPA to try to build something stronger and more sustainable.
At the time, Hilary Knight, one of the most famous hockey players in the world, did not mince words when talking about why she felt the need to strive for more (from thevictorypress.org):

“Part of it is education and having a conversation. I love the volunteers, I love the template that we had. I enjoyed playing in the CWHL as many years as I did. However, if we’re going to really peel back the layers of it, it was sort of a glorified beer league. What made it professional was the volunteers and the people involved. So it’s just … it’s frustrating that you kind of have to continue to have these conversations over and over again. But at the same time, that’s our job. We need to educate people, and we need to make sure that the right information is getting to the appropriate people. Overall, I think we’ve done a really good job. As I said before, there’s always going to be people that are marching the other direction, but I’m pretty confident with the group that we have, and what we’re trying to strive for collectively.”

Both the PHF and the PWHPA have come a long way in 3 years. Both have started to see investment rolling in, and garnering the attention they have long deserved from big names in sports, Jeff Marek included.
Another household name in hockey, Marie-Philip Poulin, also in the PWHPA, recently shared her feelings on the direction forward:

We truly believe in our product and obviously every four years we have a lot of momentum with the Olympics and then we have to redo that every four years. Hopefully we’re going to change that narrative and bring it back to talk about it every year, to be excited about it.”
We believe in it. We’ve been fighting to get that league not only for ourselves but for the next generation and we’ll go from there. We just have to be patient. I think great things take time and I believe in that and we’ll see what happens.”

Knight played in both the CWHL and the NWHL, while Poulin played only in the CWHL, before the forming of the PWHPA. Their position is largely pretty clear: they believe in the vision that created what is now the PWHPA and don’t intend to back into someone else’s product.
We’re also not that far from a pioneer in women’s hockey, Angela James, airing some strong feelings about the PHWPA on social media, potentially furthering the gap.
All that is known right now is that the NHL wants to have a conversation. Neither side has even confirmed yet whether they’ll participate. And the NHL doesn’t have a great track record for dealing with contentious issues, as highlighted by Twitter user Beth Machlan:
While the fact that there’s a lot of talk surrounding the future of women’s hockey is very exciting, there’s no substantial evidence of anything changing in the short term.
My guess is that things will continue in their current directions, at least for another few years. The PHF will continue with its plans for growth, with 2 new franchises coming next season. The PWHPA will continue its plans to form its own competitive league and try to outshine the PHF with its stars’ strong brands and, frankly, higher talent level. And, the NHL won’t step in either direction as long as there’s a fence for them to sit on.

To me, it’s not necessarily clear that the two leagues need to merge for women’s hockey to be successful. The NHL and the World Hockey Association successfully co-existed for 7 years. The American Hockey League and the International Hockey League successfully coexisted for over 50 years. There’s like 10 professional and semi-professional men’s hockey leagues in North America that are operating right now. Why can’t there be two for women?
Neither side in this should be painted as selfish. There’s simply a vision that one side has that the other side hasn’t aligned with just yet. Everyone involved in the PHF and PWHPA want the best for women’s hockey now and long in the future. Whether the NHL actually wants that or wants to capitalize on a movement is difficult to say for certain.
Regardless, it’s probably for the best if the NHL can get their mountains of cash involved in moving women’s hockey forward. It’s just disappointing that they can’t find a way to help both sides further themselves toward a future that’s better for women’s hockey overall. It’s also disappointing that the PHF hasn’t yet gotten itself to the standards of the PHWPA. I believe it will some day. But at the moment, I don’t think we’re there yet.
MORE FROM THELEAFSNATION
Uncategorized
Recent articles from Ryan Hobart