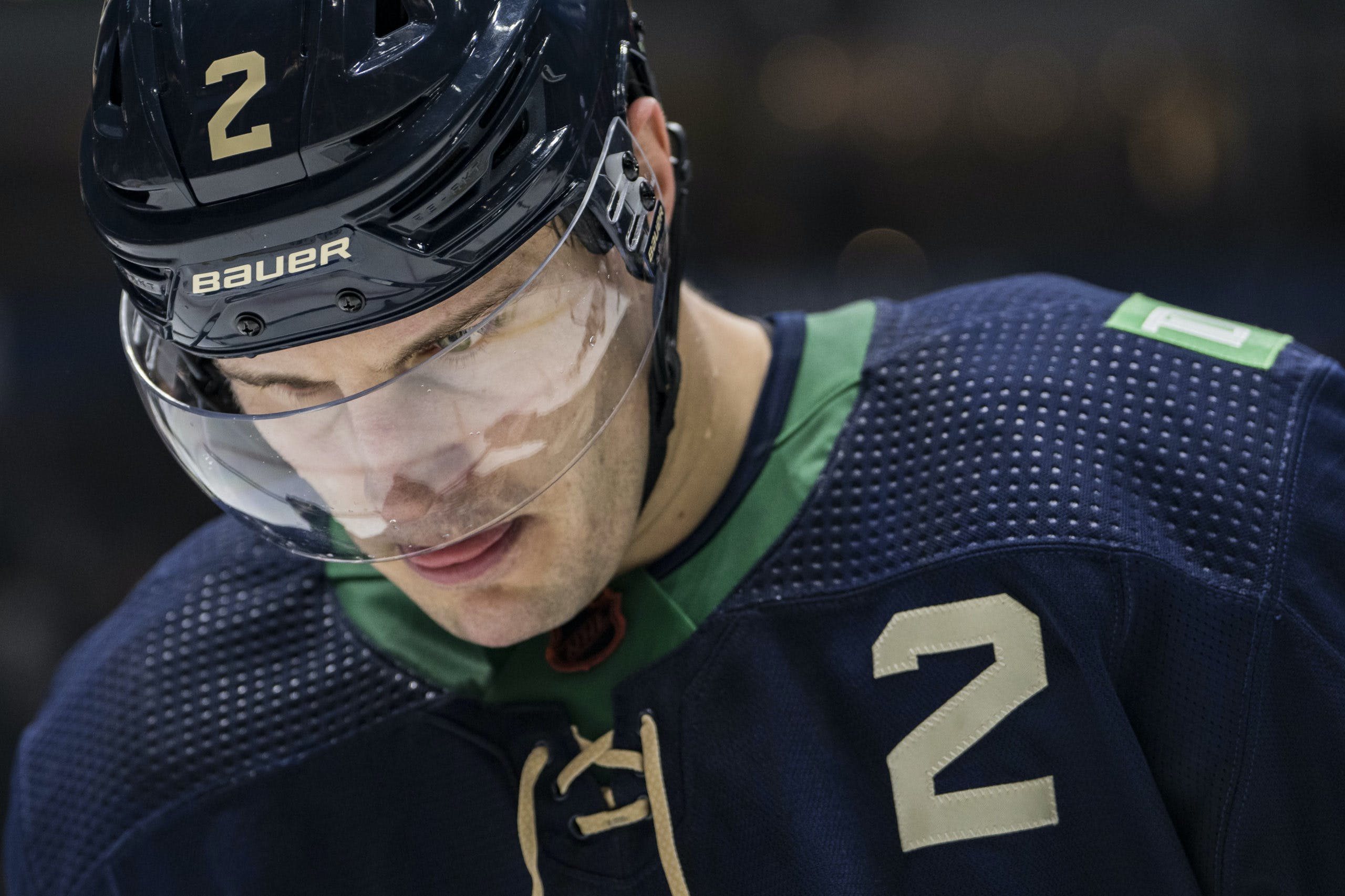 By James Reeve
1 month ago
Welcome back to another edition of Redrafting The Toronto Maple Leafs, where we will be considering how the team would approach the 2008 Draft if they could go back with the knowledge they have today.
The 2008 Draft can be viewed as being somewhat of an upgrade over the 2007 class, which greatly lacked impactful NHL players, bar seventh-round selection and future Stanley Cup champion Carl Gunnarsson. A year later, the Leafs actually had a first-round pick again and were able to select three players that would go on to play at least 290 regular season games in the NHL, with their first-rounder that year breaking an NHL record just this season.
However, as is the general theme of the mid-2000s draft classes for the Leafs, the majority of the players’ successes came with other teams. Jimmy Hayes, who was taken 60th overall in the second round never played a game for the team, having been traded to the Chicago Blackhawks in 2010 for a second-round pick in that class to select Brad Ross. Defenceman Greg Pateryn also never played for the Leafs, but played with teams such as the Montreal Canadiens, Minnesota Wild and Dallas Stars through his NHL career.
As always, though, this series looks at the very first pick the Leafs made at the time and considers who the team would select in hindsight knowing how other players’ careers panned out.

With the fifth overall pick in the 2008 NHL Draft, the Toronto Maple Leafs selected defenceman Luke Schenn from the Kelowna Rockets of the Western Hockey League, and immediately looked to him to be the saviour of a mediocre franchise.
It’s not Schenn’s fault that the problems with the Leafs at the time were far more than simply needing to add one promising defenceman, and had things worked out differently there’s a genuine chance that the Saskatoon, Saskatchewan native would have donned the blue and white for far longer than he did.
Schenn had a solid four-year career with the Leafs after being drafted, immediately making the team as an 18-year-old and playing big minutes from the get-go. He finished 17th in Calder Trophy voting after his rookie season and was named to the league’s All-Rookie Team. However, that was the peak for his time with the Leafs before being traded in the one-for-one deal with the Philadelphia Flyers that saw forward James van Riemsdyk head in the other direction.
To date, he has still played more games with Toronto (310) than any other NHL team, racking up 888 total games across his career, registering 40 goals and 137 assists while predominantly playing as a shut-down, physical blueliner. He has 1370 blocks and recently broke the NHL record for hits by a defenceman with 2947, and he certainly doesn’t look like slowing down in this category by any stretch of the imagination.
Of the Leafs’ first selections since the 2004-05 lockout, he had a bigger impact than any that came before him and has had a fruitful professional career in the NHL, playing for the Flyers, Vancouver Canucks, Arizona Coyotes and even the Tampa Bay Lightning, where he lifted the Stanley Cup in back-to-back seasons.

There’s a strong case for taking Schenn once again if the Leafs could have a do-over, simply with a different approach in mind to see if he could reach the potential the team hoped he would have. But with other players available after him, there’s only one real choice to be made here.
If the Toronto Maple Leafs were gifted the opportunity to go back to 2008, they would undoubtedly select a defenceman fifth overall, but in this case it would be Swedish blueline Erik Karlsson, who originally landed with the Ottawa Senators with the 15th pick. While Schenn was thrust into NHL action immediately, Karlsson spent a further year developing after being drafted, making his debut with the Senators in the 2009-10 season.
The decision to ease the puck-mover into the North American game seems to have been the perfect choice for the team, as he has gone on to be one of the greatest players in the league for the past decade or so. More offensively minded, Karlsson has registered 694 points (164 goals, 530 assists) in his 866 regular season games to date, growing into one of the league’s elite playmakers on defence.
He still has some decent defensive attributes, putting in 1173 blocks and 689 hits, but his ability to move the puck has seen him truly stand out above any other defenceman selected in the 2008 class, except perhaps Drew Doughty. Since being drafted, Karlsson has won the coveted Norris Trophy twice while finishing top ten a further three times (including two runner-up places). His efforts so far this season have seen him have a resurgence that could have him firmly in the Norris conversation once again this season. He has also finished top ten in Hart Trophy voting on four occasions.
Karlsson was unquestionably a slam dunk selection by the Senators, who named him captain of the team after Jason Spezza’s departure, and if the Leafs were able to head back 14 years, there’s no question that they would swoop in 10 picks before their Ontario rivals and snatch up a genuine franchise-altering player. Perhaps with Karlsson on board, the Leafs’ years of mediocrity would have ended far sooner than they did.
Editorials
Recent articles from James Reeve