Remember whose fault this really is: The Leafs 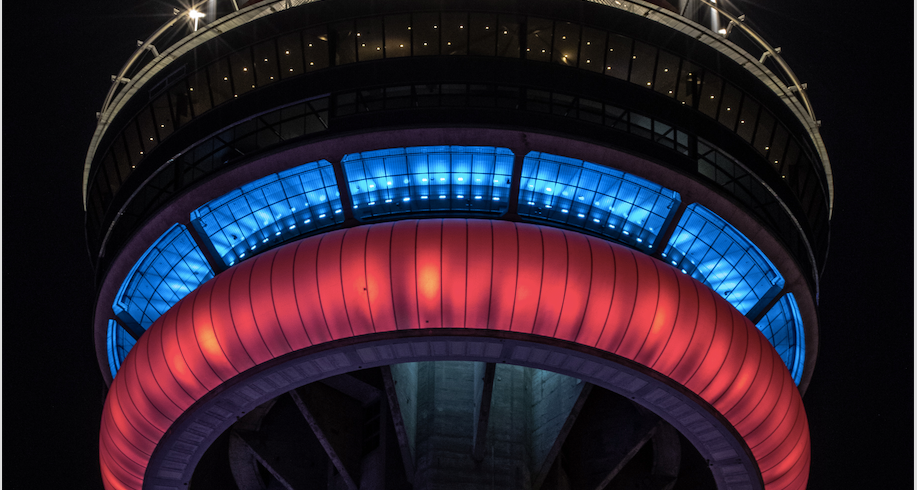 By Mark Norman
1 year ago
Remember when New York City put red stockings on the Statue of Liberty after the Red Sox snapped their 86-year championship drought in 2004?
Did you know that earlier that summer the city of Chicago put a Detroit Pistons jersey on the Michael Jordan statue outside United Center after the three-headed monster of Ben Wallace, Rasheed Wallace and Chauncey Billups won the NBA Finals?
I mean, sticking within hockey, there was the time the Detroit Red Wings celebrated Claude Lemieux’s 1000th game played with a congratulatory jumbotron video.
You don’t remember any of these things? Oh. That must be because they never happened.
Which makes what happened with the CN Tower tonight all the more enraging:
Sorry, but what?
I don’t know who calls the shots over at the CN Tower, but congratulations on making this city a punchline and giving Montreal something to forever hold over our heads: the night our biggest hockey rivals got to own our city’s most famous landmark.
It’s bad enough that Habs fans get to gloat about erasing a 3-1 series deficit to defeat the heavily-favoured and overly-confident Maple Leafs, but to literally give them free rent for a night is just twisting the knife on a fan base that has endured enough.
The decision was quickly and (sometimes viciously) panned by most Torontonians, who called the decision “pathetic”, “embarrassing” and “disgusting”, among other unprintable things.
Yet, I find myself having a hard time directing all my anger towards the actual decision makers. The real blame lies with the Maple Leafs themselves.
This never should have happened. It should never have been a possibility. How could you have let this happen? The propensity for this team to dig deep and manifest the worst possible outcomes to torture their devoted and loyal fans is borderline impressive.
So this is on you, Maple Leafs. The old, pre-this-playoffs me would have believed you could internalize this embarrassment and use it as a galvanizing factor next season, but that belief died after seeing you let games 5, 6 & 7 slip away to our oldest rival with hardly any urgency or pushback, until it was too late. It’s now up to you to prove this disappointed fan base wrong.

Oh, and can we talk about this “Canada’s Team” nonsense for a minute? The idea that Toronto Maple Leafs fans should get on board with the Montreal Canadiens winning the Stanley Cup just because the team is located in Canada is completely ignorant of the fact that literally no other Canadian team fan base would ever cheer for the Maple Leafs to win the cup. It wouldn’t matter if they were playing the Coyotes or Blue Jackets… you’d see a plethora of Shane Doan and Rick Nash jerseys on the streets of Montreal, Ottawa, Winnipeg, Edmonton, Calgary, and Vancouver.
“Canada’s Team” was indoctrinated into this nation’s hockey-watching populace by Hockey Night in Canada during the Flames’ run to the finals in 2004. It was further ignited when the Oilers went to the finals in 2006 and when the Senators played for Lord Stanley’s Mug in 2007. This misplaced and misguided sense of hockey nationalism often ignored the fact that American-based teams were made up of more Canadians than the Canadian teams themselves, so most of the time Canadians were literally cheering against teams with more “good Canadian boys”.
Call me petty, but for me, the only team I would ever cheer for to bring the cup back to Canada is the Maple Leafs. Cheer for players, not for cities who despise us.
Uncategorized
Recent articles from Mark Norman