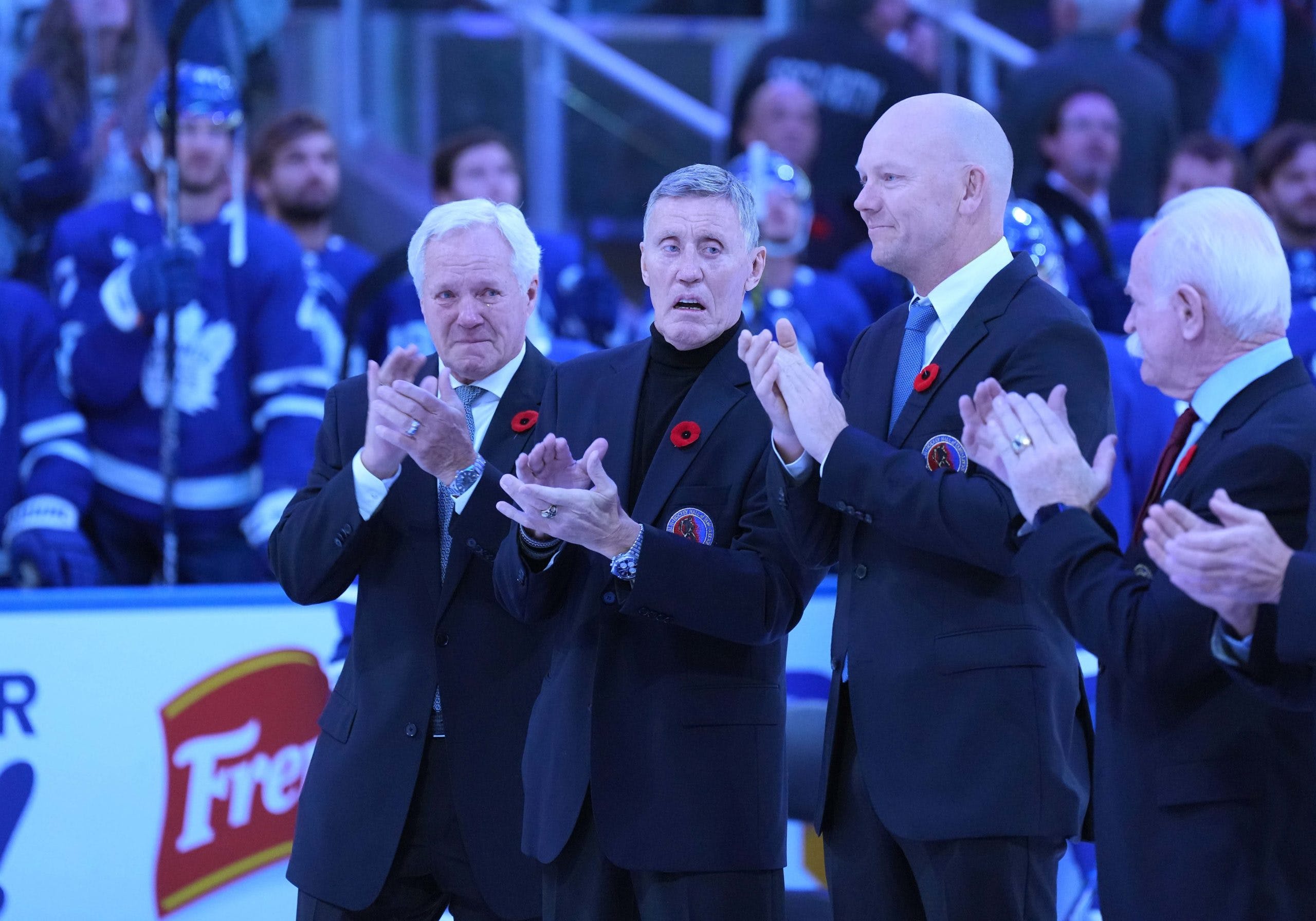 By James Reeve
2 months ago
On Thursday 24th November the Toronto Maple Leafs, and indeed all of professional hockey and the NHL, lost a true legend and pioneer of the game as former defenceman Börje Salming sadly passed away at the age of 71 after a short battle with ALS.
Salming’s passing came less than two weeks after the Hall of Famer was honoured during a truly memorable and emotional Hall of Fame weekend, where he saw just how much he was beloved by Leafs fans and he was able to stand alongside former teammates Darryl Sittler and Lanny McDonald as well as fellow countryman Mats Sundin. The Leafs themselves honoured him further by starting their game against the Vancouver Canucks that weekend with an all-Swedish starting line-up. It was a fitting goodbye to a man who had such a profound effect on the sport and remains one of the greatest players in Leafs history.
Born in the small mining town of Kiruna in the far north of Sweden, closer to the Norwegian and Finnish borders than his country’s capital city of Stockholm, Salming first caught the Leafs’ attention while playing for Brynäs IF, where then-scout and future GM Gerry McNamara was impressed by his play while he was scouting teammate Inge Hammarström. The pair joined the Leafs for the 1973-74 season, becoming two of very few European players to have made the move across the Atlantic at that time, with many in North American hockey circles believing that Europeans at the time could not handle the style played in the NHL.
While not the very first to feature in the league, Salming became arguably the first European star of the game in North America and paved the way for players worldwide to make the move, leading to the significantly more diverse league seen today. The likes of Leon Draisaitl, Teemu Selanne, Nicklas Lidström, and even Mats Sundin may never have made it to the NHL had it not been for Salming and his immediate, and sustained impact. In his debut season, Salming finished as the second-highest scoring defenceman on the team with 39 (five goals, 34 assists).
From there, Salming forged a Hall of Fame career in Toronto as he was named a First-Team All-Star once, Second-Team All-Star five times and finished top ten in Norris Trophy voting through his first eight seasons in the NHL, finishing second twice. By the end of his time with the team, before playing a single season with the Detroit Red Wings in 1989-90 and returning to play three more seasons in his home country, Salming finished with 1099 games, sitting behind fellow legends Tim Horton and George Armstrong in the franchise’s all-time appearance list.

“Every player from Europe or outside of North America should thank Borje for paving the way for all of them to have the great chance to play this unbelievable game.” – Lanny McDonald on Hockey Central.

He holds the franchise record for assists with 620, 53 more than Sundin in second, and is the highest-scoring defenceman in Leafs history with 768 total points including goals. Salming was inducted into the Hockey Hall of Fame in 1996, becoming the first player from Sweden to ever receive the esteemed honour, and had his #21 jersey officially retired by the Toronto Maple Leafs on October 15th 2016.
Salming’s career and ability to dominate in the NHL immediately after moving over to Canada helped change the trajectory of the league and players from countries that would have never previously dreamed of playing in the very best league in the world. He was also a big supporter of the women’s game, helping to fund the Swedish women’s team’s travel to Canada to participate in the World Women’s Hockey Tournament back in 1987, showing the kind of person he was even off the ice.

“He has meant so much to me personally but even more to Swedish hockey. He was one of the first to pave the way for us Swedes in the NHL in his way of playing. He was an amazing person, so caring, so humble, so warm. He will forever be missed.” – Nicklas Lidström to the Aftonbladet media outlet.

Sundin called Salming a trailblazer for his impact in changing the league’s perception of European players, but Salming was always a humble man and never seemed to truly accept the high praise often bestowed upon him, even after being named in the NHL’s Top 100 Players’ list back in 2017. Even after hanging up his skates, his connection to Toronto, the city and the team, remained and he made regular appearances at alumni games. That connection was on full display during the Hall of Fame weekend.
It’s difficult to truly quantify how much of an impact an individual can have on a sport, but it’s clear for any who enjoy the game that Salming is a genuine icon who helped alter the stigma of his time, allowing so many to follow in his footsteps and forge careers of their own in the NHL. Something that many players continue to be grateful for today. It’s unlikely that a player will have such an impact on the league again but if there is, there will always be the connection to Salming and what he truly meant to Toronto and the sport of hockey.
Rest in Peace, Börje, and thank you for all that you gave. You will be missed.
Editorials
Recent articles from James Reeve