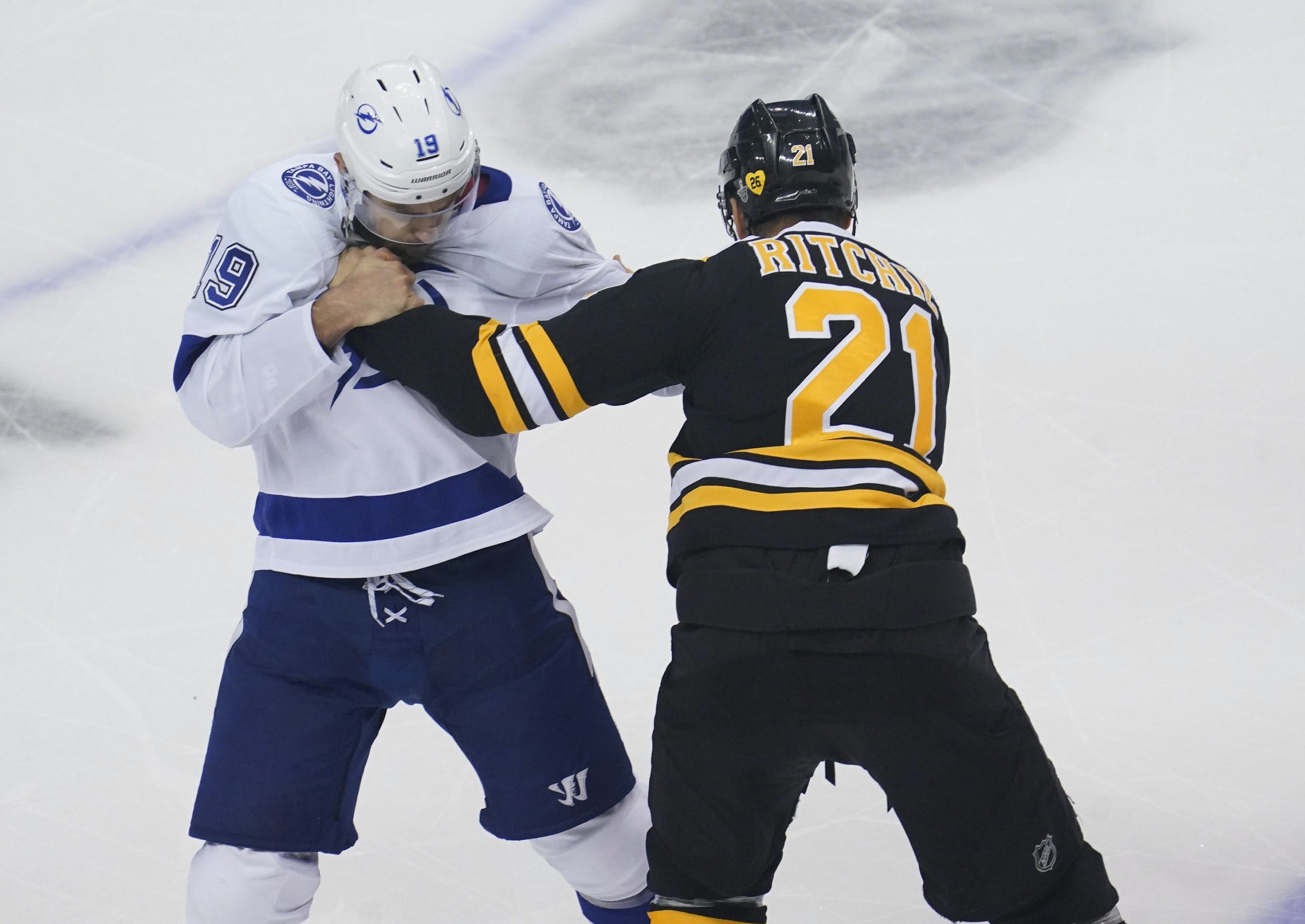 By Nick Richard
1 year ago
Rumors have been swirling around the Leafs and @Nick Ritchie since before free agency even opened and it appears there was some traction there. On Saturday morning, Elliotte Friedman of Sportsnet reported that the Leafs have come to terms with Ritchie on a two-year contract that will carry an AAV of $2.5 million.
Ritchie, 25, was drafted 10th overall by the Anaheim Ducks in the 2014 NHL Draft and played 287 regular season games for the organization across five seasons before being traded to the Boston Bruins in February of 2020. He played all 56 games for Boston in the abbreviated 2020-21 season, recording a career-high 15 goals while adding 11 assists.

The big-bodied winger will add some secondary scoring to Toronto’s forward group, as well as a physical edge. His 102 hits in 2020-21 would have led the Leafs forward group by a mile as the departed @Zach Hyman led last year with just 69 hits. Ritchie isn’t shy about dropping the gloves either, having already done so nine times in his young career, including three bouts last season.
With the reported addition of Ritchie, the Leafs now have 18 forwards under contract that played NHL games last season. There could still be another move in the works that would see a couple of current forwards moved out in exchange for a bigger piece, or the Leafs could head into training camp with this group and see how it shakes out before trying to sneak players through waivers prior to the season.
Kyle Dubas has taken great strides in the last two offseasons to make this Leafs team more difficult to play against and the signing of Ritchie fits that strategy. While they may not be able to replace Hyman’s impact with one player, the additions of players like Ritchie and @Michael Bunting in recent days give them a chance to replace his contributions by committee.
They might not be done yet, but the Leafs forward group is beginning to take shape. Stay tuned.
(Statistics from Hockey-Reference.com &  HockeyFights.com)
(Contract information from PuckPedia.com)
Uncategorized
Recent articles from Nick Richard