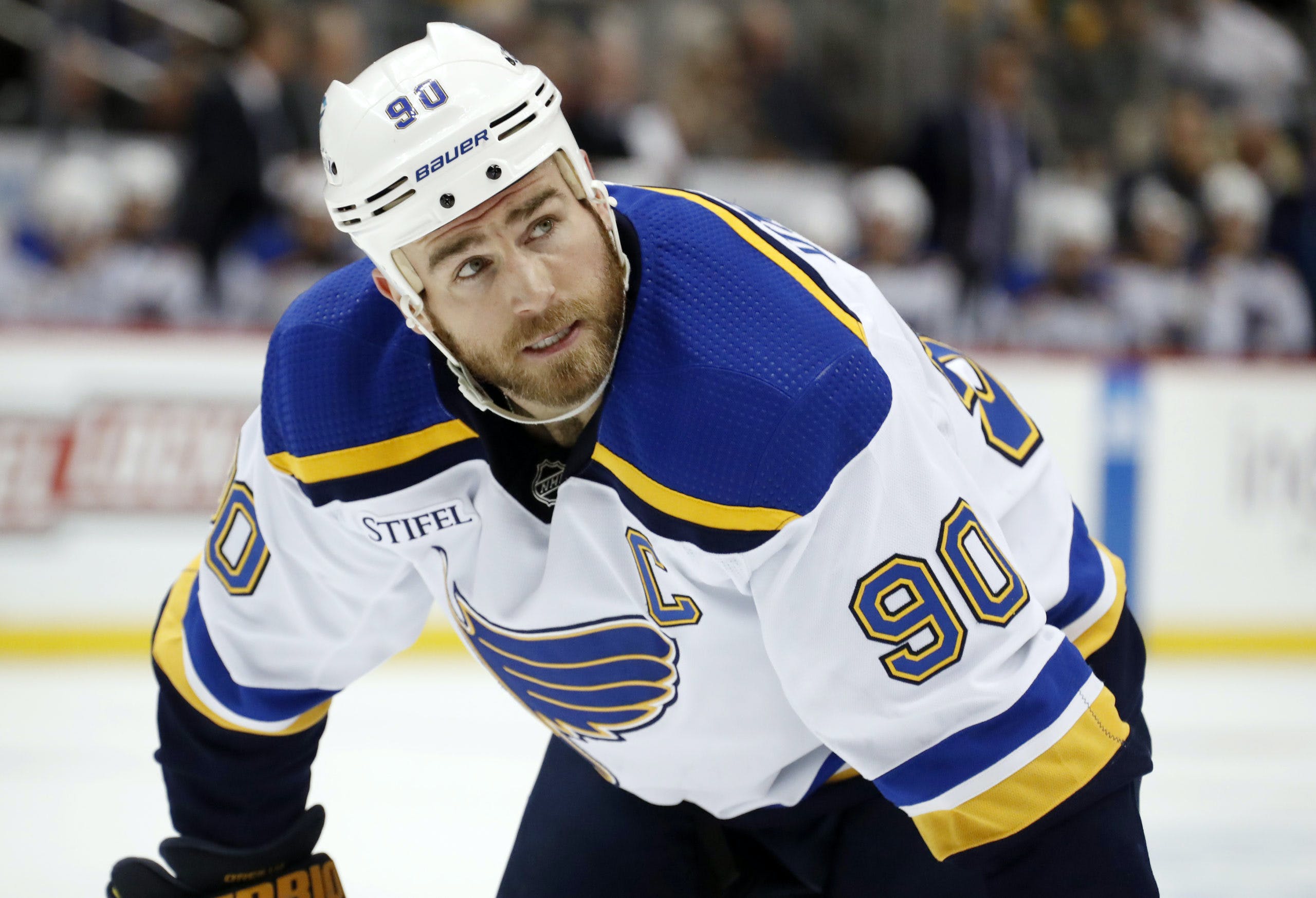 By Nick Barden
1 month ago
The St. Louis Blues might be sellers in the new year and the Maple Leafs could be one of the teams that come calling.
It’s no secret that it’s been a rough go for St. Louis through 29 games this season. The Blues currently sit in sixth place in the Central Division (although they’re only five points out of a wild card spot).
There’s still a chance they can make it to the playoffs, but that’s going to be tough with how competitive the Western Conference is this year. And if it isn’t looking like they will make it come February, there could be teams, including the Maple Leafs, circling in on a potential game changer.
That game-changing player’s name? Ryan O’Reilly.
The 31-year-old centre is on the final year of a seven-year deal that carries an AAV of $7.5 million. Whether Toronto can get under the cap with O’Reilly on the roster is yet to be seen, but there are reports that the Maple Leafs might be interested in him.
“Not that I think anything is imminent — we’re only in December — but my sense this week after talking to a few NHL teams is that they expect the Blues to listen on their pending-UFA captain in the new year,” Pierre LeBrun wrote in The Athletic‘s NHL trade board 2022-23. “I think the Maple Leafs have talked about O’Reilly internally.
“Whether that leads to showing interest with the Blues in the new year, we shall see.”
If there’s any player the Maple Leafs could acquire at the trade deadline, O’Reilly might be the best fit. The 31-year-old was born just two-and-a-half hours outside of Toronto and has ties to the city in some capacity. That, and he’d be a great get to be the Maple Leafs’ third-line centre.
David Kampf and Pontus Holmberg have played very well, rounding out Toronto’s centre depth. However, I believe the Maple Leafs would love to bolster that position with a player like O’Reilly before the playoffs get underway.
And who wouldn’t want a player like the 31-year-old?
He’s coming off a playoff performance with St. Louis where he averaged a point-per-game throughout the two rounds in which they played. Not to mention that O’Reilly won the Stanley Cup and also the Conn Smythe Trophy back in 2019.
If Toronto could add someone like him, they would arguably have the best centre depth in the NHL. Having that experience, and leadership, in your lineup would go an incredibly long way in the playoffs. He’s also a left-shot and Toronto is a little weak on that side of the ice.
The biggest question is if the Maple Leafs can fit O’Reilly under the cap. If they can, this trade deadline could be their most fascinating in a long time. If not, they will have to look elsewhere for some depth at centre and along the the left wing.
I’m sure Maple Leafs GM Kyle Dubas and Assistant GM Brandon Pridham already know the answer to that question, though.
News
Recent articles from Nick Barden