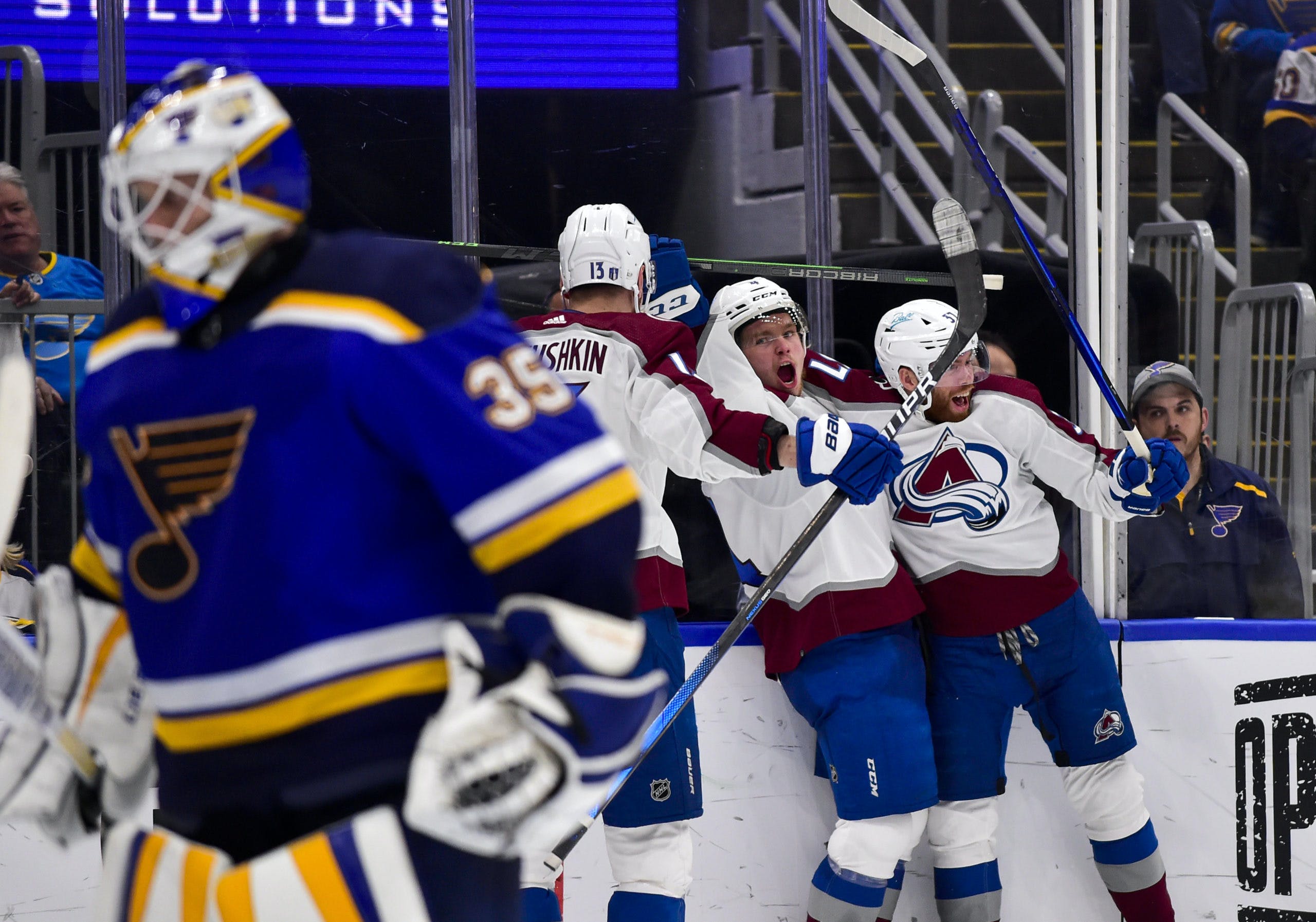 By Dylan Murphy
7 months ago
This year’s crop of pending free agents features roughly five goaltenders who have managed a starter’s workload in recent years. The youngest and perhaps most intriguing option is St. Louis’ Ville Husso.
NHL general managers have a notoriously short memory when signing free agents. This seems especially true when looking at goaltending. Look at Sergei Bobrovsky for instance. His career has alternated between near-Vezina quality play and borderline unplayable on almost a yearly basis, and Florida still saw fit to sign him long-term at $10 million per year.
Keeping that in mind, (and what was written in my piece yesterday about goaltending being random and voodoo,) Ville Husso’s next contract brings with it the potential for huge risk or great reward, probably both. Is that something the Toronto Maple Leafs can really consider?
Let’s look at Husso’s career so far. 64 total NHL games (57 in the regular season, 7 playoffs) a career average .910 save percentage. Breaking that down a little further, Husso played 17 games in the 2021 shortened season and posted nine wins with a sub-.900 save percentage.
This past season is generally regarded as his emergence. He played 40 games and won 25, the most of any goaltender for the Blues this year, he essentially usurped Jordan Binnington as the starter, put up a 9.19 save percentage that placed him among the league’s best, and did it all on a league-minimum contract.
And therein lies the problem.
In the playoffs, Husso was not the same player. After starting in the first round against Minnesota, he lost the crease to Binnington after a few very poor performances. He returned to the starter’s net during the second round, but only after an injury rendered Binnington unable to play. In the seven total postseason appearances, his save percentage was once again, below .900 (.893, almost identical to his results from the 2021 season.)
What we can glean from this, in my opinion, is that Husso is an inconsistent presence. St. Louis’ defence hasn’t seen much change throughout his time as a mainstay on the roster, and at the end of the day, it’s a goaltenders job to stop pucks. That’s something he does either to near-perfection, or not at all.
Given what what said off the top about the short memory of GMs, it’s very likely that should Husso become a free agent, he will be receiving offers in the $4-or-$5 million range, at minimum, given his results in the regular season last year.
With the inherent volatility and chaos of the goaltending position, his small body of work, and the fact that the Leafs still have to either find a way to accommodate or jettison Mrazek’s contract, the risk of putting up a significant amount of money to sign a player who is still very much so a question mark in the league may not be one that Kyle Dubas is willing to take.
But maybe he is, and maybe the 27-year-old Husso is exactly what the Leafs need to get over the hump. The theme, as always when it comes to goaltending, is that goalies are voodoo.
(all stats from hockeydb.com and CapFriendly)
More From TheLeafsNation.com: