Round four (finals) recap: Who scored the goal of the year for Toronto? 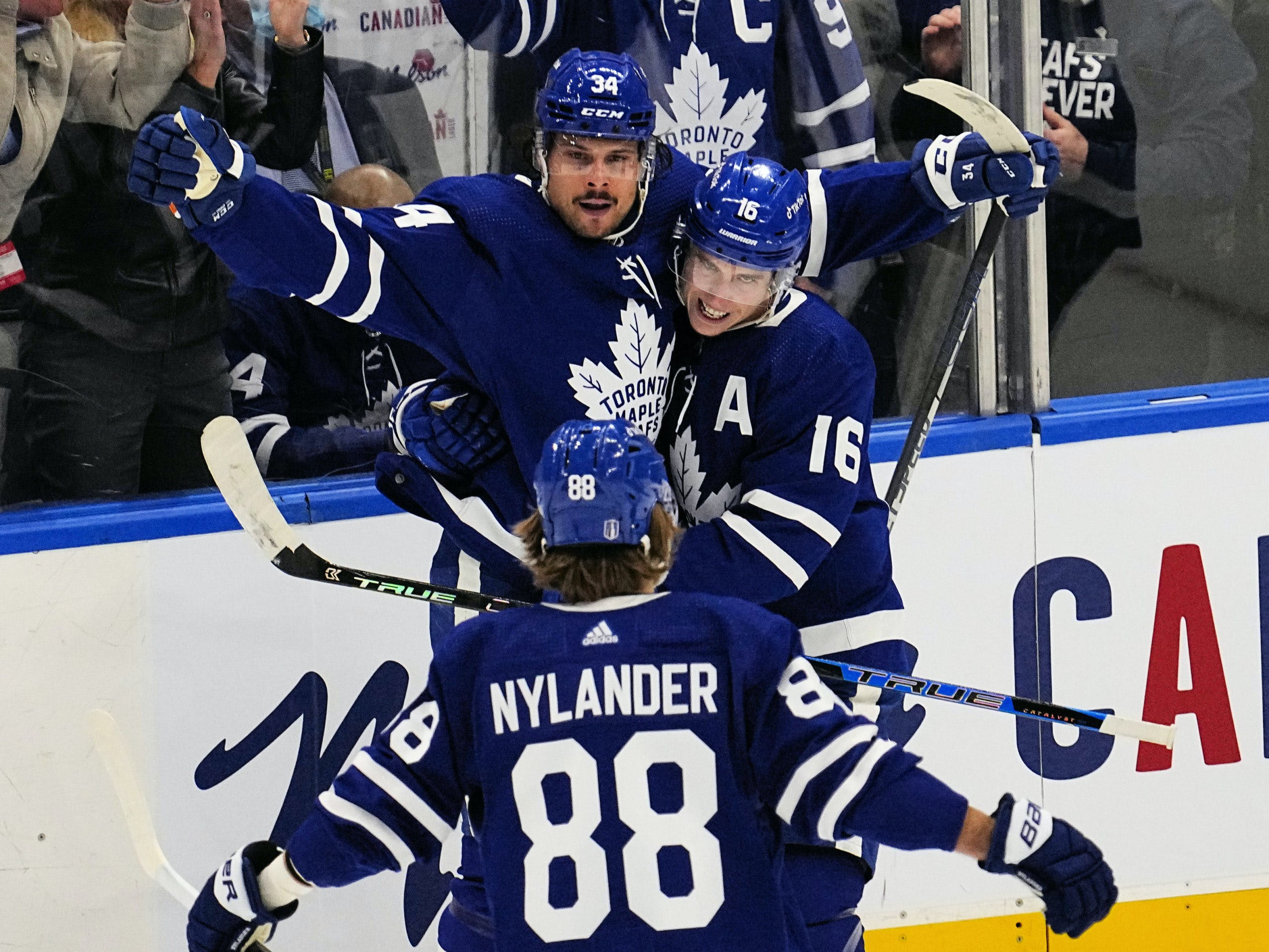 By Joseph Zita
7 months ago
After 15 matchups stretching from round one to round four (the finals), we now have ourselves a winner for this bracket that determined the goal of the season for the Toronto Maple Leafs. As many of you probably already know, about two and a half weeks ago, I made a bracket that consisted of 16 of the best Maple Leaf goals from this past season. What I wanted to accomplish with this bracket was pretty simple. I would post a matchup daily on our Twitter account (@TLNdc) and give you, the followers, the chance to vote on the goal that you thought deserved to advance to the next round.
After receiving many votes on each matchup, we eventually got our second-round, third-round, and ultimately, our finals matchup that just came to an end yesterday afternoon with the voting. The finals for this bracket consisted of two of the best players in the league, Mitch Marner and Auston Matthews. The goals that were in the finals though you may ask? Marner vs Vegas in November of 2021, and Matthews vs Dallas in April of 2022.
After 24 hours of voting, the numbers were final and it was determined you, the followers voted on Mitch Marner’s goal vs the Vegas Golden Knights on November 2, 2021, is the goal of the year for the Toronto Maple Leafs.
Matchup one (finals):
Winner: Mitch Marner vs VGK (Nov. 2, 2021) – 56% of votes
Loser: Auston Matthews vs DAL (Apr. 7, 2022) – 44% of votes
On his way to the finals and ultimately victory, Mitch Marner (vs VGK) defeated Ondrej Kase (vs SJ) in the first round by a total vote of 96% to 4%. His second-round opponent was Auston Matthews (vs COL) which he defeated by a total vote of 62% to 38%, much closer this time. Marner’s third-round opponent was Morgan Rielly (vs PIT), which definitely could’ve easily been the goal of the year if this Marner vs Vegas goal wasn’t in this bracket, but sadly he beat him pretty convincingly by a total vote of 71% to 29%. And as well all know now, Marner went on to be crowned the winner defeating Auston Matthews (vs DAL) in the finals by a total vote of 56% to 44%.
Below is the updated bracket after the finals were completed.

More from TheLeafsNation.com
POINTSBET IS LIVE IN ONTARIO!