Sabres losing streak continues and Lightning earn Team of the Week: Around the Atlantic 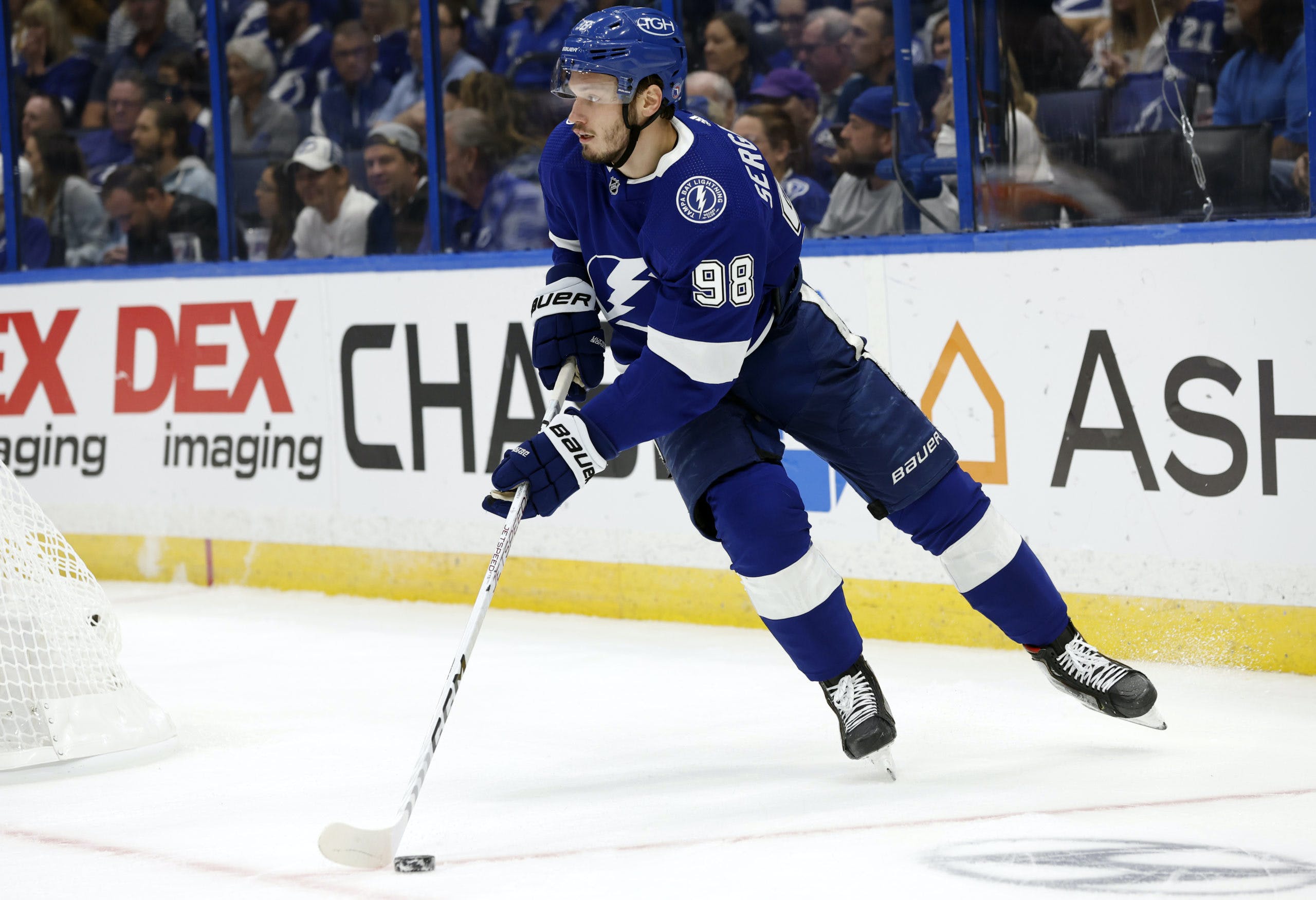 By Scott Ony
2 months ago
It’s nearly a quarter of the way into the season and we are starting to see who the real contenders are in the division. After a hot start the Sabres have completely fallen off and look to be a lottery team yet again. The Lightning had a big week going 3-0 to earn the Team of the Week and join the Bruins and Leafs in playoff position.
Other news from the Atlantic includes Buffalo claiming Tyson Jost off waivers from Minnesota and Habs forward Jonathan Drouin going on injured reserve.
Sabres losing streak continues
With losses to the Leafs, Senators and Canucks this week the Sabres have extended their losing streak to eight games. They have just two points in the entire month of November and have dropped to 29th place in the league after starting 7-3.
It was a fun ride while it lasted but this team is a lot closer to contending for Connor Bedard than they are for a playoff spot. This will be the 12th straight year they fail to qualify for the post season.
There’s a lot to be excited about in Buffalo with their young roster and pipeline of prospects but ultimately another year in the lottery will benefit this team more than an early playoff exit.
Team of the Week
We have another first-time winner with Tampa Bay claiming the Team of the Week this time around. They went 3-0 with wins against Dallas, Calgary and Nashville. They are now 11-6-1, good for third in the Atlantic.
Of course it was Nikita Kucherov and Steven Stamkos who led the way in scoring. They both scored three goals and added two assists.
Mikhail Sergachev continued his breakout campaign with four assists this week. He is tied for fifth in scoring among defenceman with 18 points in 17 games. He is on pace to shatter his career high of 40 points that he set back in his rookie year 2017-18.
Andrei Vasilevskiy had a pair of nice games too. He stopped 69 of the 72 shots he faced versus the Flames and Predators. It’s been a slow start to the season for the Vezina and Conn Smythe Trophy winner but he looked like his old self this week. He currently has his lowest career SV% at .909 and highest GAA at 2.84.
Sabres claim Jost
It has been a rough year for Tyson Jost. He was traded from Colorado to Minnesota just before their Stanley Cup run last season and now he’s been waived by the Wild.
Drafted tenth overall in 2016, he has never lived up to the expectations of being a top ten pick. He did however become a key depth piece for the Avalanche for a few seasons.
Hopefully a change of scenery and a bigger role in Buffalo will help him get his career back on track.
Drouin to IR
The nightmare season for Jonathan Drouin continues. It was announced earlier in the week that he will be out four to six weeks with an upper body injury.
Drouin has missed some games as a healthy scratch already this season. In 12 games he has just four assists and zero goals. He is in the final year of his contract and it’s looking like this will be the end of his time as a Montreal Canadien.
News
Recent articles from Scott Ony