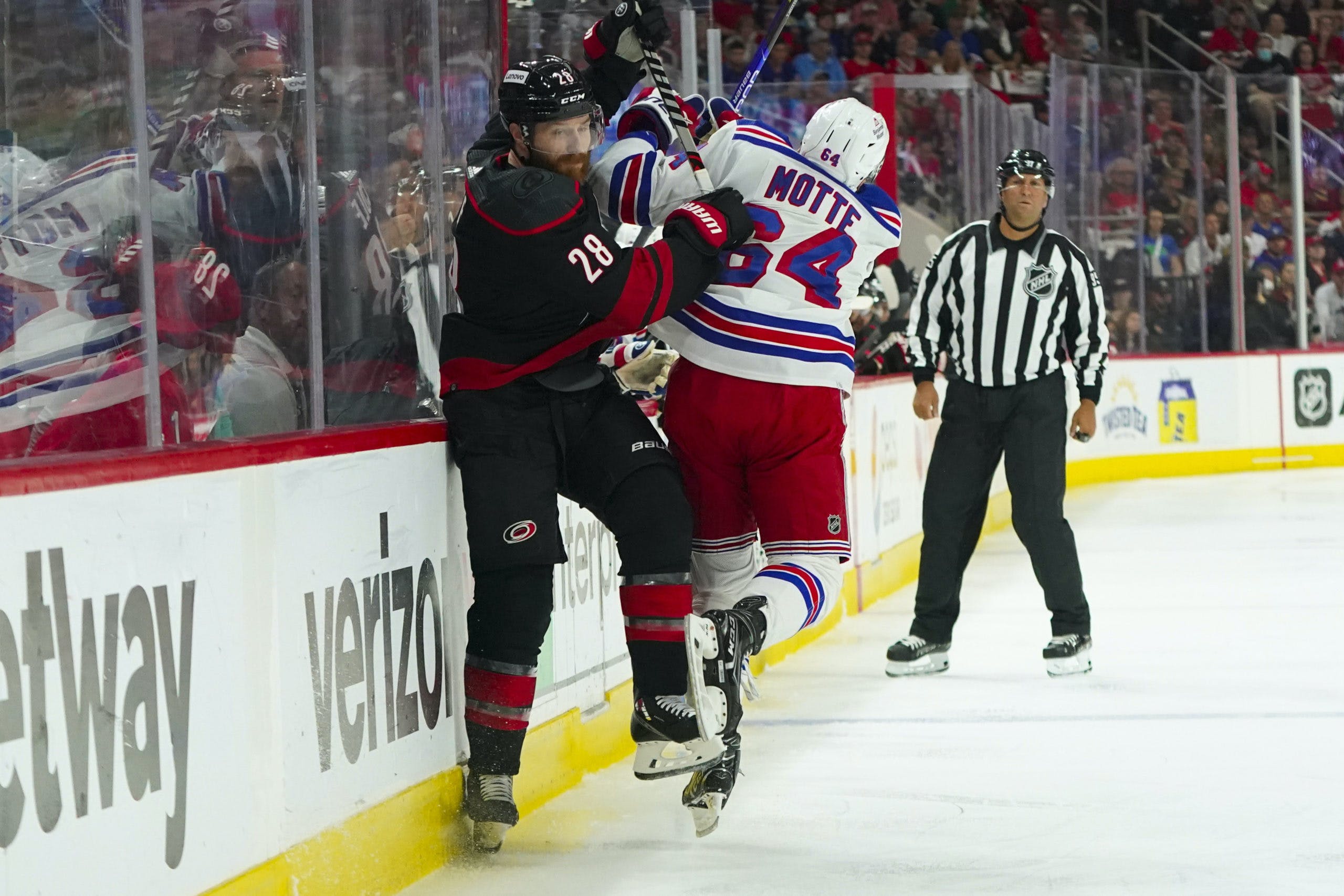 By Scott Ony
2 months ago
NHL training camps are just around the corner so there hasn’t been much news in the division over the past week. The Ottawa Senators have signed a quality depth forward and brought in two players on professional try outs. The Montreal Canadiens announced their first jersey sponsor and prospect tournaments are underway.
Senators signings
The Ottawa Senators signed forward Tyler Motte to a one-year contract worth 1.35M on Wednesday. Motte is well known for his relentless forechecking and physical play. He spent last season with the New York Rangers but was only able to suit up in nine regular season games due to injury. He did manage to play in 15 of the Rangers 20 playoff contests, scoring two goals.
They have also brought in former fan favourite Derick Brassard and 2014 fifth overall pick Michael Dal Colle on PTOs.
Brassard was a member of the Senators from 2016-18 and a key part of their run to the Eastern Conference finals in 2017. He has played for seven teams since leaving Ottawa. Last season he split time between the Philadelphia Flyers and Edmonton Oilers, scoring 19 points in 46 games.
Drafted by the New York Islanders in 2014, Dal Colle has struggled to stay in the NHL. He has played in just 122 NHL games and spent most of last season with Bridgeport of the AHL.
Canadiens announce RBC sponsorship
The Canadiens are the eighth team to confirm a jersey sponsorship for the 2022-23 season. To the dismay of most fans, the Habs will sport an RBC patch on the right chest.
It is only a matter of time before all 32 teams have jersey sponsors. Let’s just hope the NHL limits the size and total amount of sponsors on each jersey so hockey can continue the tradition of having the best uniforms in professional sports.
Prospect tournaments
Prospects from around the Atlantic division have been engaged in tournaments over the last few days. These tournaments generally showcase players a couple years away from making the NHL but there are a few players from the division taking part that we will see in the NHL this season.
2022 first overall pick and Habs prospect Juraj Slafkovsky is the biggest name competing. Senators prospect Jake Sanderson, Red Wings prospect Simon Edvinsson and the Maple Leafs’ Nick Robertson are three others that have a legitimate chance of making their respective teams out of camp.
More from TheLeafsNation.com: