Seravalli: Darcy Kuemper a trade target for the Leafs 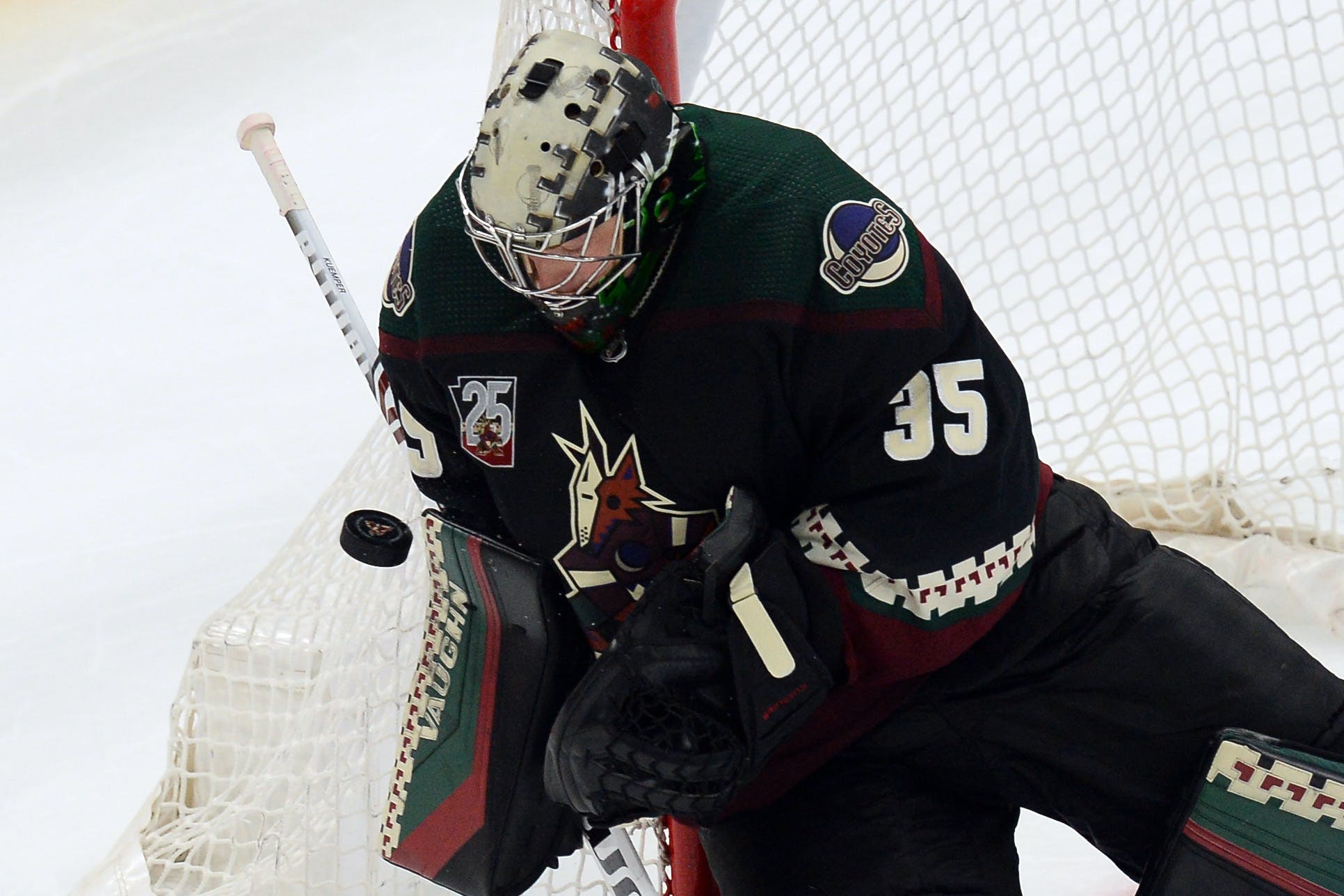 By Jon Steitzer
1 year ago
It’s no secret the Leafs need to add a goaltender heading into next season, and there is a certain preference towards that goaltender being able to either share the workload, or push @Jack Campbell. Today Frank Seravalli is suggesting that fellow late bloomer, and product of Dusty Imoo/Bill Ranford could be their target.

Arizona Coyotes goaltender @Darcy Kuemper has emerged as a primary target for the Toronto Maple Leafs and Colorado Avalanche. Both teams remain in contact and conversation with their pending free agents in @Frederik Andersen and @Philipp Grubauer, respectively, but trade talks have been ongoing with Arizona as the Avs and Leafs consider the goaltending market at-large. The Seattle Kraken are also believed to have interest in Kuemper.

So this comes as a bit of a surprise as the Leafs were initially not interested in Kuemper due to only having one year remaining on his contract, and the wish to avoid rental situations as well as having all three goaltender contracts (Kuemper, Campbell, Hutchinson) coming up at the same time.
Some of the logic around Kuemper’s availability is connected to the fact that his salary is $5.5M this season on a cap hit of $4.5M, which generally doesn’t play well in Arizona, and also their potential desire to protect Adin Hill in the expansion draft over Kuemper, which doesn’t really work for the Leafs as they would then either need to expose Jack Campbell or pay a premium to Seattle to not select which ever goaltender they expose, despite it truly being in the best interest of Seattle to take one of those goalies.
Basically it seems like bad business for Dubas to rush this deal and even if it’s at the cost of losing Kuemper to Colorado or Seattle, the Leafs would be mismanaging assets to acquire Kuemper early, although the asking price might shoot up post expansion draft.
The additional knock on Kuemper is his inability to stay healthy, and with Campbell not being without his injury woes last season, and the fact that he never exceeded 31 games in a season is a problem. Kuemper has crossed the 31 game mark once, when in 2018-19 he played 55 games. It’s safe to say there’s some risk here, even if Kuemper is a good goaltender.
It’s worth noting that Kuemper’s numbers took a bit of a dive last season as well. After two seasons with a save percentage of .925 or higher, he dropped to .907 last season. For a $4.5M cap hit, that’s a bit of a gamble.
While it seems like there is plenty of connections between the Leafs and Coyotes on players, this one doesn’t seem like the best fit and rather than give up assets to gamble on Kuemper, why not just let Colorado have him and see what happens with Grubauer on the open market? He’d cost more, but there’s a notable upgrade happening there.
Personally I’d rather chase cheaper goaltenders, and with it unlikely that the Coyotes are looking to retain salary here, it might be in Toronto’s best interest to move on to a new target.
Uncategorized
Recent articles from Jon Steitzer