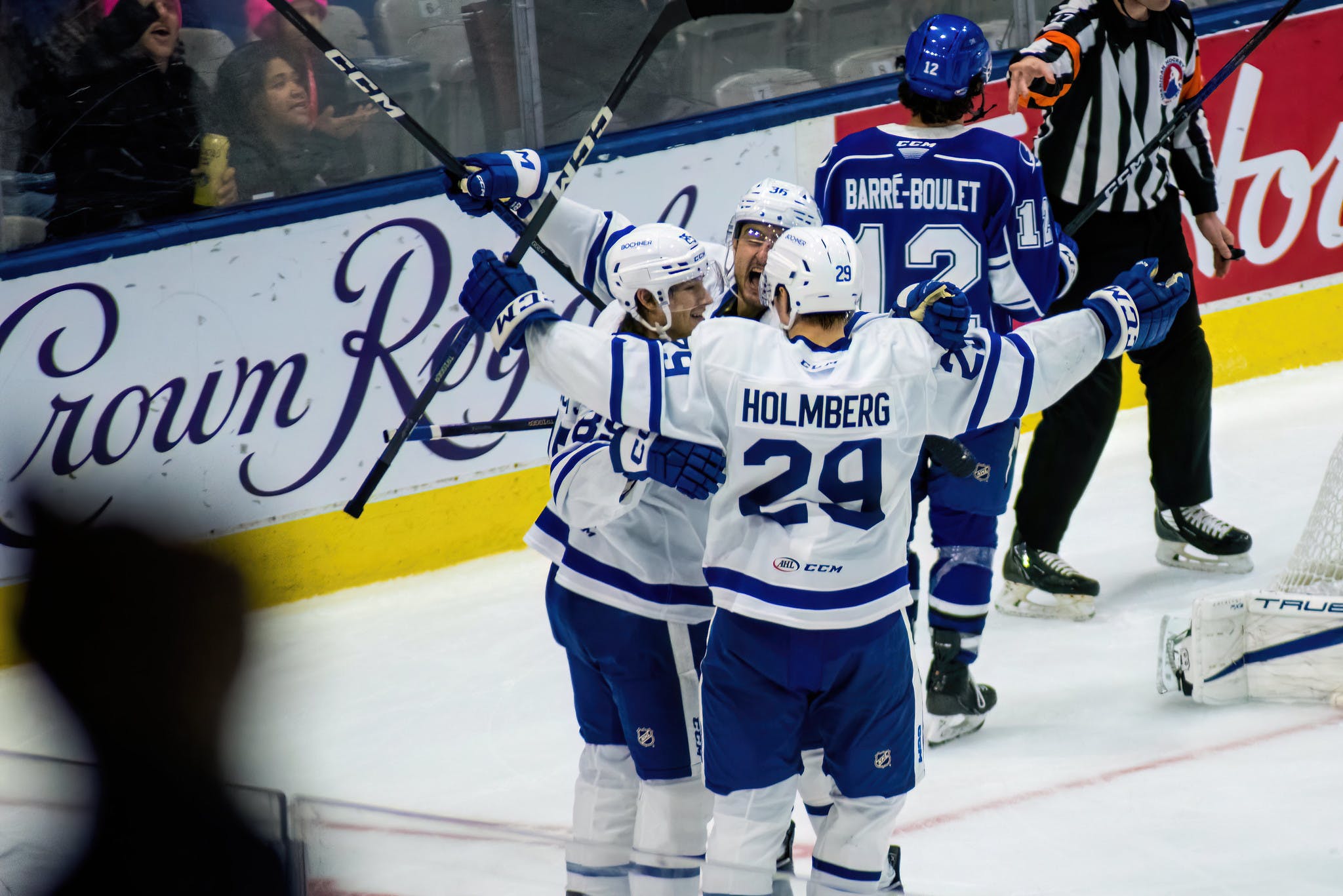 By Jon Steitzer
21 days ago
A completely tanked Pacific Division road trip is as good a reason as any to bust out the lineup blender and that’s what Sheldon Keefe did at practice today. It goes a little beyond simply inserting Pontus Holmberg into the lineup and reassigning Wayne Simmonds to the Marlies.

Leafs blueline gets a makeover

So the first reaction here is probably “HOW THE F$&% DOES JUSTIN HOLL GET A PROMOTION?”
That’s not a completely unwarranted response, but considering that over the past few seasons, TJ Brodie has been the defense whisperer, this is a chance to see if they can get anything out of Holl, as well as that pairing bodes better as a shutdown unit than when playing Brodie with Rielly.
Rielly and Mete is what I’ll consider an unfortunate side effect of all the other changes. This is a pairing that should certainly be able to move the puck well but might require some sheltering in the offensive zone. To some extent this looks like it will be Mete getting one game with Rielly as a placeholder before Keefe can see what he really wants to do by swapping in Timothy Liljegren. Or at least I’d hope that is what we should take away from this.
I’d also say that these top two pairings also lend themselves to Rielly and Brodie reuniting as needed and burying Mete and Holl as needed too. Rielly and Brodie will definitely take key faceoffs together and I’d wager that despite where they look to be in the lineup Holl and Mete will be the two defensemen with the least amount of ice time on Wednesday.
As for the bottom pairing, it’s great to see Sandin get out from under Holl and Giordano not having to carry the Marlie grade partner. It will be interesting to see what these two can do together and if Sandin can thrive on the right side.
There’s a lot here that seems like the Philadelphia game will be establishing next steps. Rielly and Liljegren looks a bit like a given, but determining where is the most important fit for Brodie also seems to be up for grabs. With Benn not yet part of the Leafs equation it is possible that Holl truly will have a chance to fight for his job, but I wouldn’t rule out Holl sitting Saturday if Benn is ready to go. Presumably Giordano will once again have to take on the depth option.
As for the forward group, the top six remains intact whether you want them to be or not. That seems due to a number of the Leafs players clearly being defined as bottom six players and aside from Robertson or Malgin there isn’t anyone you can really make a case for over Kerfoot. Robertson shouldn’t be immune from a night in the press box at this point, but it’s disappointing nevertheless.
As for the bottom six the Engvall-Holmberg-Jarnkrok Tre Kronor line is an interesting one and it’s great to see Holmberg getting the chance to play with players who can give him a shot to showcase himself from the start. That being said, it’s also very easy to see how David Kampf will be sliding up into the 3C spot on a regular basis and giving the Leafs likely their best alternative to the Engvall-Kampf-Kase suppression line of last season.
Having Aston-Reese and Malgin available on the fourth line is setting the Leafs up for what might work best, and that’s rolling three really good forward lines with a couple of extras who slide in as needed. Both Aston-Reese and Malgin have abilities that can serve struggling lines while being capable enough to take a shift together with someone like Holmberg or Kampf as well. Aside from the decision to completely cut out Robertson, this might be the best top three lines the Leafs have run all season and that should make for an interesting game against the Flyers tomorrow night.
News
Recent articles from Jon Steitzer