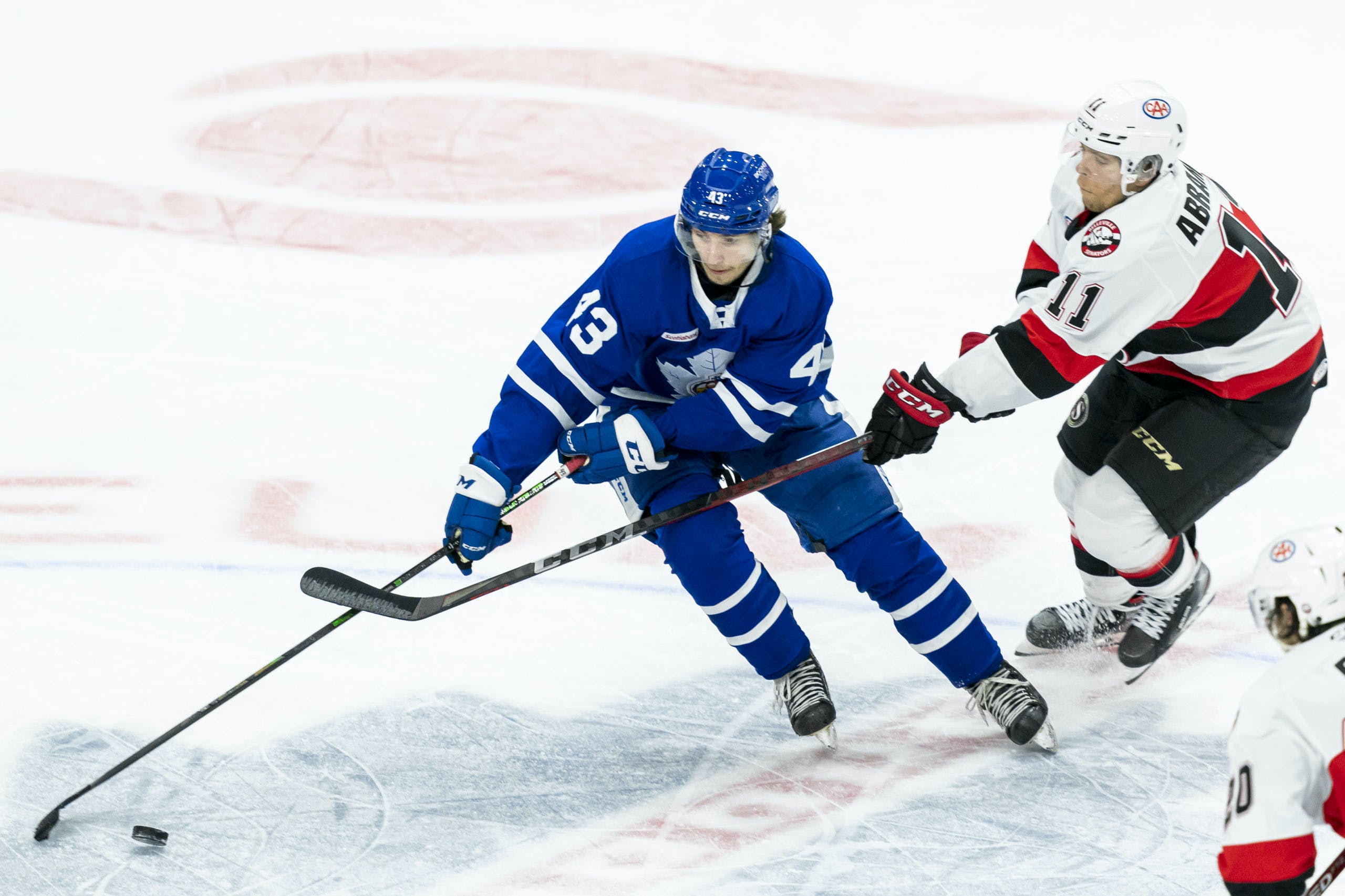 By Nick Barden
1 year ago
There comes a time where winning is everything, especially for the Toronto Maple Leafs. And that time is right now.
Kyle Dubas sought to take a massive step at the trade deadline last season by giving up a first-round pick for @Nick Foligno. It was okay to take that risk last year with such a thin draft class. This year, though, is a completely different draft. The first-overall pick for is likely going to be Kingston Frontenacs centre, Shane Wright. You don’t get a player of his calibre after that, but it’s still a deeper draft than in 2021.
Toronto had three picks in this year’s draft and could have the same next year. With that being the case, the Maple Leafs might want to think twice about trading their first-round draft pick. Even the second-round pick wouldn’t be worth risking at this point. The Maple Leafs don’t have the deepest of prospect pools and would miss out on a good player if a pick is traded.
Could it make sense to trade a younger player instead? Perhaps so.
Looking at Toronto’s prospects, only three are off-limits: Nick Robertson, @Rodion Amirov and @Timothy Liljegren. Obviously, if the right trade arose, then Dubas should consider it. However, I don’t know if it’s worth trading one of those three unless Toronto sees it as a total win.
Approaching the trade deadline, if the Maple Leafs need a player who can make a significant difference in the lineup, they could consider trading a prospect. Everything can change, but I wouldn’t consider trading one of their 2022 picks for a player to help give a boost to the team in the playoffs.
One of the reasons is that a lot of risks come with that. The Maple Leafs know what they have in some players, as well as what their ceiling is. If Toronto believes there’s someone worth parting ways with, they should do it at the trade deadline.
It’s similar to what Toronto did with @Egor Korshkov. He was frustrated because he felt that he was ready for the NHL. The Maple Leafs didn’t have enough room for that opportunity, so they traded him for @Alex Galchenyuk. It’s a good example of ways Toronto can get value by trading someone who wants a chance to play in the NHL.
I’m always wary of trading a prospect who could have a high ceiling, especially with a player like Liljegren. I believe he’s worth a look at the NHL so Toronto can see what they have in him. Other teams likely don’t value him as much as the Maple Leafs do.
A player’s contract term also factors into this situation as well. If you have someone who has a few more years on their deal, it might be worth giving up a younger player for. I just don’t believe it makes sense to trade a pick with how the 2022 NHL Draft looks. It also won’t help if Toronto is without first-round picks for two straight years.
The better path to go down is trading someone within the organization already because that makes the most sense.
Uncategorized
Recent articles from Nick Barden