Stamkos hits 1000 points, Bertuzzi injured again and Sens earn Team of the Week: Around the Atlantic 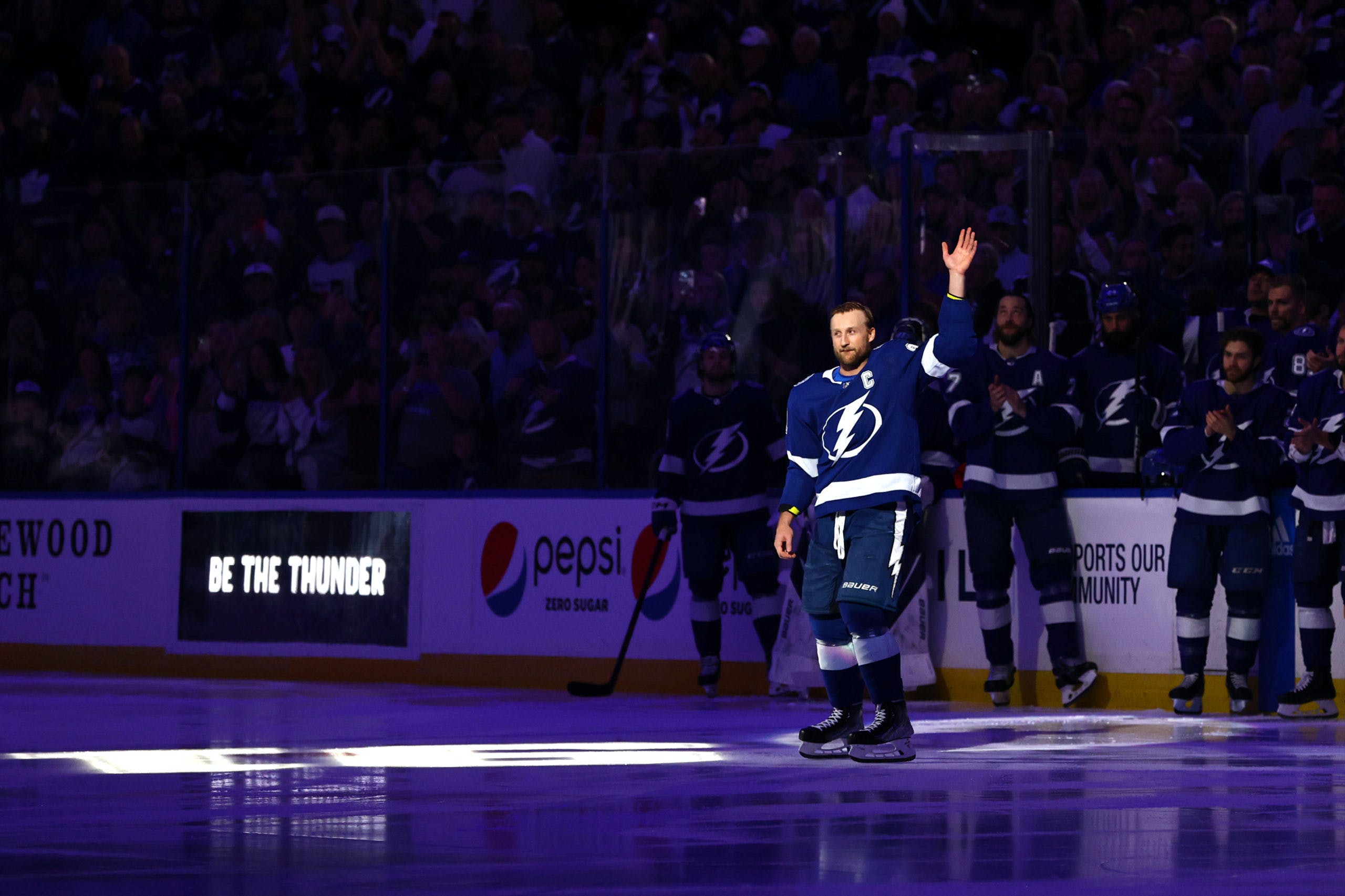 By Scott Ony
1 month ago
For the second straight week a future Hall of Famer from the Atlantic division hit the 1000-point milestone. Other news includes the Detroit Red Wings losing another star forward and the Ottawa Senators earning their first Team of the Week.
Stamkos 1000 points
With his assist on Nick Paul’s second period goal against the Philadelphia Flyers on Thursday, Tampa Bay Lightning captain Steven Stamkos reached 1000 points in his career. It’s yet another incredible milestone for the 2008 first overall pick.
He was already a lock for the Hall of Fame but hitting another important benchmark solidifies his case. His 494 goals and 1001 points have him atop the all-time Lightning leaderboard in both categories. Pretty impressive considering the long list of superstars to wear the Lightning jersey over the last 20 plus years.
Of course he also captained the franchise to two Stanley Cups and has won two Rocket Richard Trophies. At 32 years old and still scoring at over a point per game pace he should be able to pass Martin St. Louis for the team’s assist record next season as well.
Easily one of the best players of his generation, he will enter the Hall of Fame as soon as he is eligible. The only question is whether or not he’ll win another Stanley Cup.
Bertuzzi surgery
The disastrous season for Red Wings winger Tyler Bertuzzi continues. He had surgery on Friday to repair an injured left hand and will be out approximately six weeks. He previously missed four weeks after blocking a shot in the team’s second game of the season as well. In nine games this season Bertuzzi has just one goal and three assists.
Despite his lack of production and the Wings only getting two games out of fellow top six winger Jakub Vrana, Detroit still finds themselves in the thick of the playoff race. Their 27 points have them fifth in the Atlantic and ninth in the conference, though they have games in hand on both wild card teams.
Team of the Week
We have a first time winner of the Team of the Week this time around. Going 3-1 over the last seven days, the Ottawa Senators earned the nod. They have climbed out of the Atlantic division basement with their recent hot streak and now sit 10-13-1 on the season.
As he has all season, Brady Tkachuk put this team on his back this week. In four games he scored four goals and one assist to bring his season point total to 29 in 24 games.
He arguably had the best game of his career versus the New York Rangers on Friday. In the Sens 3-2 win he assisted on the first goal, tied the game with less than a minute left and scored the overtime winner. To pad his stats a bit more he also fought Rangers captain Jacob Trouba to pick up the Gordie Howe hat trick.
Barring injury, Tkachuk should set career highs in goals and points this season.
Tim Stutzle, Claude Giroux and Thomas Chabot all had big weeks as well, scoring five points each over the four games.
Despite their miserable start the Senators aren’t completely out of the playoff race yet. They’re seven points behind the eighth place Florida Panthers with a game in hand. They’ll need to go on a heck of a run if they want to get in but with how they’re playing lately, don’t count them out just yet.
News
Recent articles from Scott Ony