Staturday Weekly Column #14: How good are the forwards on the trade bait board? 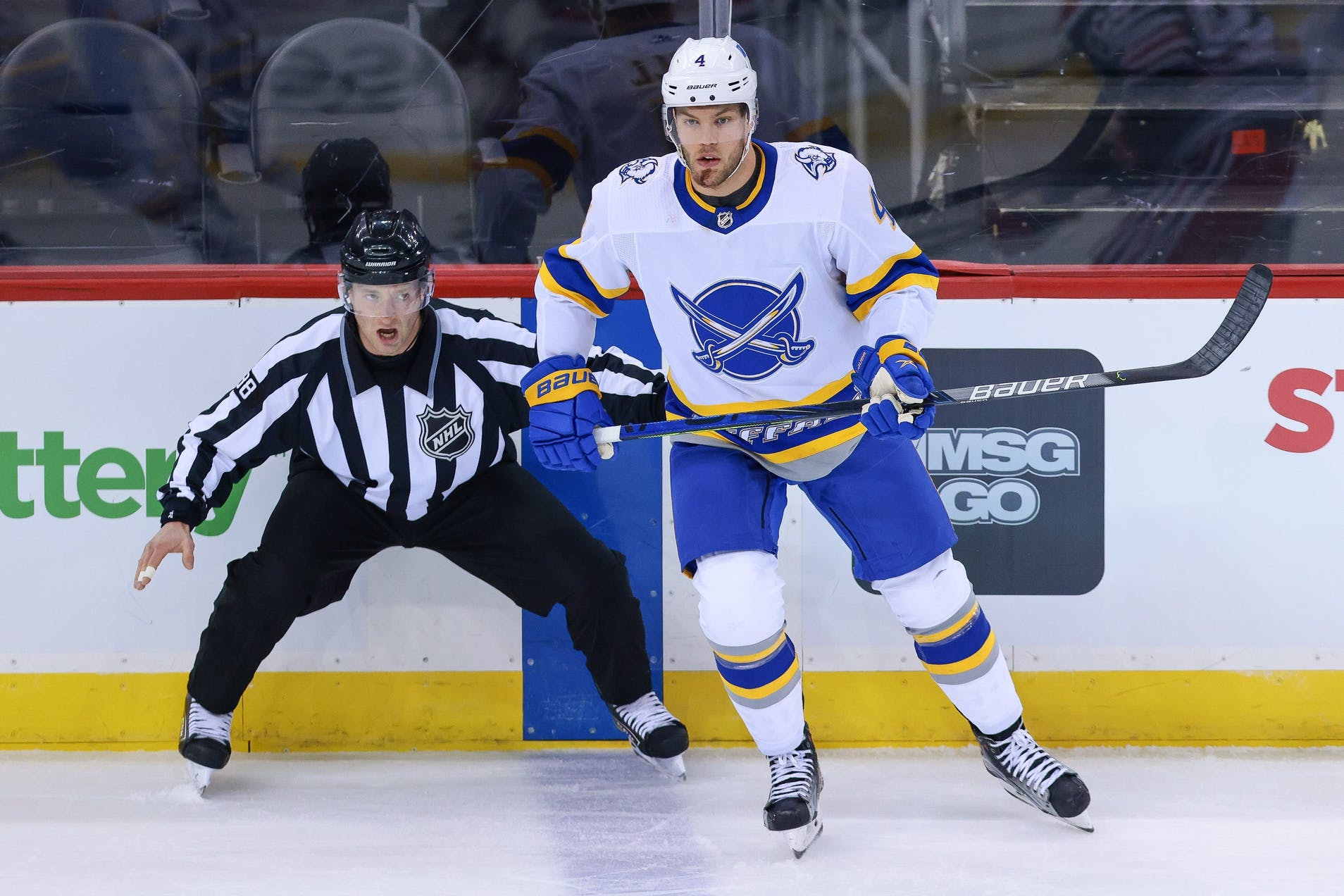 By Ryan Hobart
1 year ago
Every year at trade deadline time, TSN keeps a running list of the top available players on the trade market. This is generally based on the chatter that their insiders are receiving, and not so much based on analysis on who is the best player out there.
As such, it seemed appropriate to take a look at the top forwards on this list to see how good of a trade asset they should be considered based on fancy stats. All of these players I’m sure that the Leafs have at least asked about, so it’s certainly relevant to Toronto’s trade deadline approach this year. We know that Toronto is shopping for both forward depth and goaltending depth, but goalies are voodoo so I’m leaving them alone for today.

TSN Trade Bait Board – Forwards Only

Within the top 20 players on the trade bait board, here are the forwards the Leafs are probably kicking tires on.
Above are the top 8 most eligible forwards on the trade market, all of whom we’ll take a relatively deep dive on for today’s post.
Many of these were covered in my recent post “Identifying good, affordable players at the deadline market”, and most of players here are mentioned there as well, either in the good+affordable category or not.
All of the statistics tables in this post will be Score and Venue Adjusted (read more about how that works here) and taken from Evolving-Hockey.com.

Affordable? Perhaps, but perhaps not. At the time of writing the Leafs had about $2.5M of cap space that they could use to add a player. With the recent LTIR moves regarding Frederik Andersen and recently-acquired Riley Nash, they have some other amount of space, seemingly more, but possibly less? I really don’t know. Regardless, without more moves, the Leafs couldn’t afford Taylor Hall before and I’m not sure they can now.
Good? Let’s see.
However, he’s a very intriguing trade candidate if Toronto can find a way to fit him in. On a 1 year, $8M contract with the Buffalo Sabres, he’s been entirely snake-bitten and looked out of place. However, that doesn’t necessarily mean that his statistics have taken a downturn.
We can see that Hall’s on-ice shooting percentage and save percentage have been quite low this season, which means that factors largely outside of Hall’s control are not going his way. In colloquial terms, he’s not getting the bounces offensively or defensively.
We can also see that this year has been his best year thus far defensively, allowing just ~50 shot attempts against per 60 minutes of ice time. Normally, this comes with a sharp decline in generated shot attempts, but the decline there is noticeable but not major. His CF%, how good the shot attempts advantage has been while he’s on ice, is on par with his MVP season in 2017-18. When applying a shot-location adjustment to get Expected Goals (xGF%), he’s not having his best year, but he’s still in the black.
His 19 points in 37 games have been obviously disappointing, but the numbers above prove that Hall’s overall on-ice ability hasn’t changed. His Quality of Teammates and the bounces while he’s out there have, and that’s making him look worse than he deserves.

Affordable? Yes. While on a 1 year, $4M contract, with retained salary the Leafs certainly could fit Hoffman in. But the assets you have to spend to get the player have to be considered as well. In the previous post, I considered players that have a higher Goals Above Replacement score than their Expected Goals Above Replacement score to be overvalued.
While perhaps overvalued from an advanced stats perspective, his production of 21 points in 36 games is on pace to be his worst in the NHL since his first full season with Ottawa. It doesn’t seem like it would break the bank to get Hoffman, but even if his price is reasonable, he may not be the best acquisition.
Unlike Hall, his on-ice shooting and save percentages have been just fine this season, so that’s not why his production is down or why he’s not being perceived as being as valuable as in the past. Instead, Hoffman is having a terrible season in terms of generating shot attempts with just a 44.69 CF/60 rate. Consequently, his CF% has dropped significantly to just a 44.62%.
Hoffman is a player I would avoid on the trade market, personally. His perceived value is probably higher than his actual value, since his performance this season has been so poor.

The captain of the Columbus Blue Jackets is certainly not asking to be traded, but he’s a name that has been floated around Toronto a number of times. His contract is expiring at the end of the season and comes with a $5.5M cap hit, so I didn’t consider him affordable for my previous post.
With the recent LTIR moves, maybe he’s someone the Leafs can afford. I really can’t say. What I can comment on is whether Foligno is any good.
We can see that Foligno is having a sharply downturned season in terms of both CF% and xGF%, combined with an abnormally low shooting percentage. These factors combined are why Foligno is having a relatively terrible year production-wise with just 16 points in 42 games. His defensive impact is crawling away from him, especially in terms of Expected Goals Against, and his ability to generate shot attempts for has taken a sharp decline.
Foligno is a player I’ve harboured a negative attitude towards, both from his time with the Senators and with the most recent “play-in” series between Toronto and Columbus. Perhaps my biases are affecting me, but I really don’t think Foligno is someone the Leafs should add to their roster.

Here is finally a candidate I have already identified as a really good option for Toronto as being a combination of good, affordable, and undervalued.
Diving in a little deeper, we can see why Iafallo’s GAR and XGAR scores are so positive.
With a modest shooting percentage and pretty good on-ice save percentage, you’re pretty much getting what you’re seeing with Iafallo. He’s an average player when it comes to possession numbers, but he gets a lot of credit in the GAR/xGAR models because these numbers far exceed what the LA Kings are doing otherwise.
From a production standpoint, Iafallo is among Hoffman and Hall as having a just-OK season with 24 points in 38 games, at about a 50-point season-long pace.
While not being an analytics darling, Iafallo is a good depth player that should easily exceed the price Toronto would have to pay to acquire him.

There was a long and painful period where Mike Babcock was coaching the Maple Leafs. I choose to forget those times, but thinking about Luke Glendening and the constant, baseless linking him with Toronto that happened has brought me back there.
Since he’s on TSN’s list, I’m requiring myself to talk about him, but I’ll keep it brief.
Glendening is bad and the Leafs shouldn’t acquire him. How’s that for brief?

Granlund is a player that Toronto has been linked to a little bit in this most recent trade deadline season, and an apparent handshake deal between Toronto and Nashville to be executed on deadline day has been rumoured, but I doubt that there’s substance to it.
That said, Granlund is a decently affordable player at $3.75M and could be good depth, especially if he comes along with Mattias Ekholm, who is the best defender on the market right now by a healthy margin.
From the previous post I did, Granlund’s xGAR is pretty marginal, and he is actually hindering his team compared to a replacement player when it comes to GAR. Expanding out a little further, here is the stats table similar to others.
Granlund’s underlying numbers have been pretty good, but his production is really suffering at just 17 points in 37 games. That’s likely why his GAR is faltering, but his xGAR is okay. Regardless, I think there are better players that the Leafs can spend their assets on, but Granlund is one who I wouldn’t wholly oppose.

Laughton is having a stellar season for Philadelphia, as evidenced by his GAR and xGAR numbers in the previous post. He just barely missed the cutoff for what I defined as undervalued, which was xGAR exceeding GAR by 1.0 or more.
His overall numbers in this model are fantastic, but let’s see if the larger stats table bears this out.
These numbers are fairly good, but show that Laughton is suffering a bit in terms of CF%. He also has been seeing pretty favourable on-ice shooting and save percentages. He really excels in defensive impact, but seems to have a minor impact in generating shot attempts for his team. However, those shot attempts he does generate appear to come from really good areas, as his Expected Goals For largely exceeds his Shot Attempts (Corsi) For.
With 17 points in 36 games, Laughton certainly isn’t challenging for the Art Ross, so it’s tough to tell just why his GAR and xGAR are so excellent. In this case, it really depends how you personally choose to lean, and I lean towards GAR and xGAR, so I would say Laughton would be a good trade target.

Janmark appears to be similar to Granlund when it comes to GAR and xGAR, as I showed in my previous post:
But what about the more in depth numbers?
Janmark’s Corsi and Expected Goals numbers are both terrible this year, but in his time with Dallas he performed much better. Is something going on in Chicago, or is Janmark’s youth slipping away from him?
With 19 points in 41 games, he’s not an offensive producer either, so I would ultimately avoid Janmark this time around until he can prove that those CF% and xGF% numbers are an anomaly rather than the new normal.

While it’s possible that the Leafs could be in on any or all of these players, just one or fewer will make their way to Toronto in all likelihood. If I had to say where I wanted the Leafs to go, I’d lean towards the good buy candidates of Alex Iafallo or Scott Laughton. But I can’t ignore the excitement of adding a former MVP to the team in Taylor Hall, so if they can make that work, I wouldn’t argue against it.
The trade deadline comes at 3:00pm Toronto time on Monday, so there’s just over 48 hours to go before we see how this all shakes out. I’m excited, and I hope you are too.
Uncategorized
Recent articles from Ryan Hobart