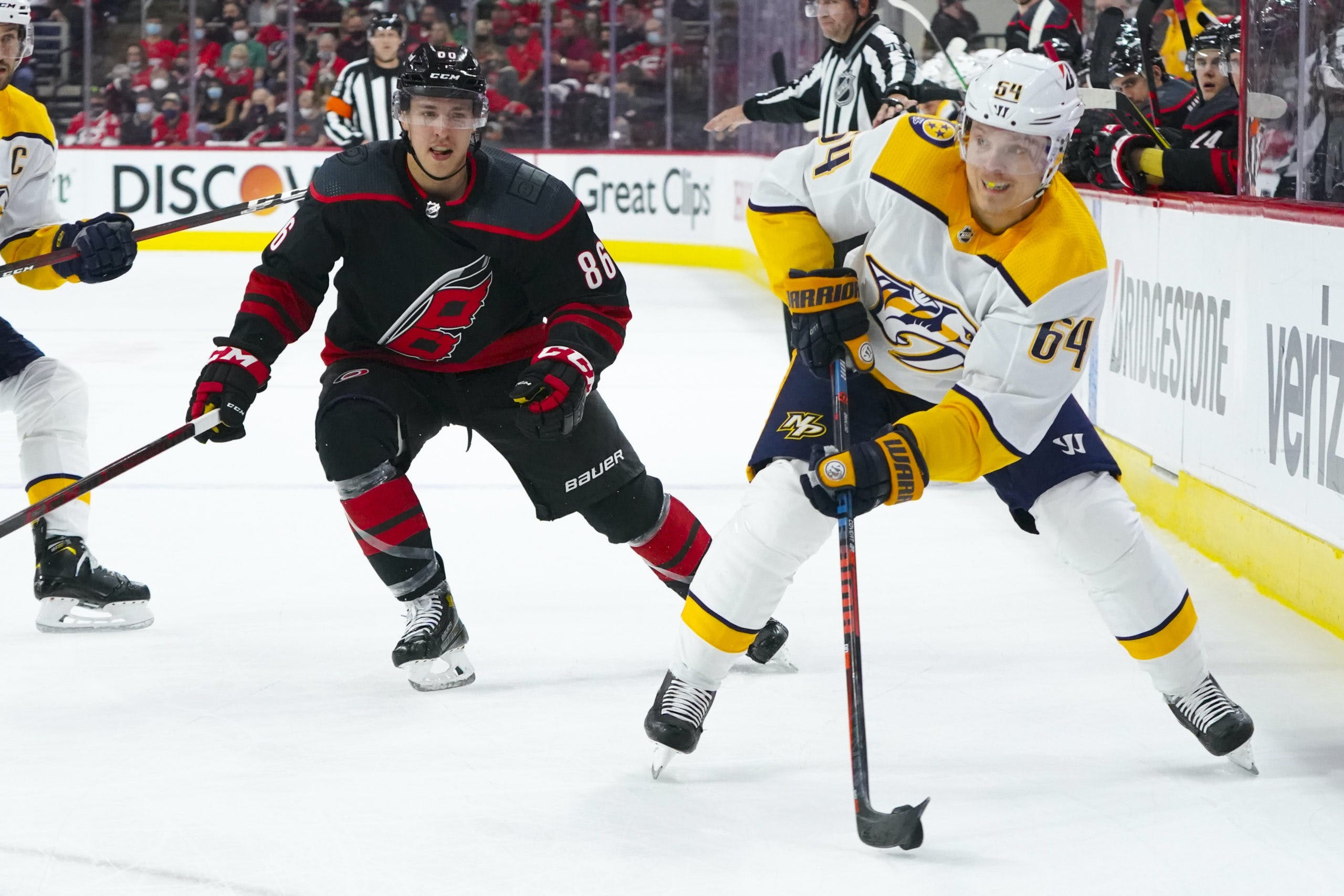 By Joseph Zita
1 year ago
For this week’s Sunday’s Rundown, we’re on the topic of free-agent centres that could be hitting the open market and that the Toronto Maple Leafs should potentially target this summer heading into next season. Last week we took a look at three left-wingers the Maple Leafs should target and all three players mentioned were pretty solid players that could definitely be a solid addition to this lineup next season and beyond.
All three players come into Toronto and can easily play anywhere in the lineup and all bring a similar style of play that would benefit the Maple Leafs. This week, it’s three free-agent centres we are going to take a look at, and these three centres, just like the left-wingers would definitely come here and make an impact for this team next season.
It’s no secret that Toronto wants to make more changes to this team this off-season and keep the “core 4” together for at least one more run at the cup, so they could potentially be looking at the free-agent market to fill out the remainder of their roster spots. So here are three free-agent centres that are set to become free agents that the Toronto Maple Leafs should target this off-season

2020-21 stats – 51 GP – 13 G – 14 A – 27 PTS – 19:28 TOI
The first player on this Sunday’s Rundown is a familiar name to many Maple Leaf fans and a player that came up multiple times in trade rumours this past season, Mikael Granlund. Granlund is a player that was in numerous trade rumours this past season to the Toronto Maple Leafs but it never materialized as the Nashville Predators started winning games down the stretch and ultimately clinched a playoff spot in the Central Division. It was reported by Elliotte Friedman on multiple occasions that the Maple Leafs were interested in him during the off-season but didn’t have the money to sign him at the time so he signed with Nashville instead and he also named Granlund as the “mystery player” Toronto was interested in this year, via trade.
I honestly think Mikael Granlund would be a solid addition to the Maple Leafs top-six or even act as a middle-six player who would instantly add another scoring threat on the team as well as a player that is hard on the puck, something that Friedman also reported that Kyle Dubas was interested in acquiring this past season. Granlund has always been known for his offensive talent, but with the move to Nashville after coming over from Minnesota, he hasn’t been the same player like he was when he put up back-to-back 60 point seasons with the Wild.
However, with a team like the Toronto Maple Leafs, I think it’s without a doubt that Granlund could possibly find his old form again and put up numbers alongside the players on this Maple Leafs team as they are known as a team that can score the lights out and have a ton of talent up-front in the lineup. He’s coming off a one-year contract where he made $3.75M and in all honesty, I think he could sign somewhere between $2.75M and $3.75M on a potential bridge deal type contract or even a one-year contract as well just like he did with Nashville this off-season and kind of have like a prove yourself deal.

2020-21 stats – 51 GP – 9 G – 12 A – 21 PTS – 16:00 TOI
Erik Haula, who was also a teammate with Mikael Granlund this past season with the Nashville Predators, could be a target this off-season for the Toronto Maple Leafs as a potential third-line centre if a guy like Alex Kerfoot gets selected by the Seattle Kraken in the expansion draft this summer. Haula, who is 30 years old won’t be coming in too expensive as he’s not someone that will pile up the points for your team or score the lights out either and he’s also someone that isn’t relatively good defensively so I doubt a team, let alone the Maple Leafs throw a lot of money at him this summer and could maybe make around what he made this past season or even a bit lower.
He’s been known as a player that consistently puts up 20-30 point seasons, other than his one 50 point season he had with the Vegas Golden Knights back in the 2017-18 season, which was the Golden Knights’ inaugural season. So he won’t be someone that will come into the Maple Leafs lineup and rack up the points or score a ton of goals and he definitely won’t break the bank for a lot of teams in this league either as he just came off a one-year contract where he made $1.75M. He signed his contract in December and it was well into the free agency period so I don’t expect teams to sign him early this off-season unless he returns to the Predators, so Haula could definitely be a sneaky cheap pickup for the Maple Leafs if they do go that route.
Again, I could only see a situation where Haula signs with Toronto is if Seattle selects Kerfoot in the expansion draft and they’re basically left without a player who is also a middle-six player and he could potentially fill his role. Haula is coming off a 2020-21 season where he put up a decent 21 points in 51 games while averaging 16:00 minutes of ice-time with the Predators and he would basically replace the middle-six scoring that the Maple Leafs would lose with Kerfoot if he either gets selected by Seattle or even traded away for cap reasons.

2020-21 stats – 56 GP – 17 G – 12 A – 29 PTS – 18:10 TOI
The third and last player on this Sunday’s Rundown is centre, Alex Wennberg from the Florida Panthers who is set to become a UFA this off-season. Out of these three players, I feel like Wennberg might be the most unrealistic option for Toronto coming this summer as a free-agent signing, but hey, you never know. Wennberg who is the youngest of these three and is coming off a one-year contract where he made $2.25M and had a pretty decent production year when it came to points as he put up 29 points in 56 games on a high-flying Florida team that can score a lot of goals and finished 4th in the league with 3.36 goals per game.
Wennberg, who, just like Erik Haula isn’t really known for his two-way game and is more of a player who provides more offence rather than both offence and defence, but he could still very well be a valuable piece to a Maple Leafs team that could potentially want to look for more offence heading into the off-season after the biggest flaw in their first-round series against the Monreal Canadiens was scoring as they couldn’t score in games 5-7 and as we all know, it ultimately cost them the series.
Wennberg, who is 26 years old may be looking to potentially lock up on a long term contract now being 26 or he could maybe sign another one-year deal or even two-year deal and then wait until the salary cap goes up in the future so he can cash out on a deal with term once he’s closer to his 30s and maximize the most money he could make. He’s a player, who just like Haula as well, has had himself a lot of 20 point seasons and has also had one 40 point season and one 50 point season as well, both coming with the Columbus Blue Jackets in the 2015-16 and 2016-17 season. He’d definitely bring his offence to this lineup and he would be another great scoring threat as a depth option in Toronto. It’s going to be interesting to see what they do this summer with the free-agent market, especially with the expansion draft and the possibility of them losing a guy like Alex Kerfoot if Seattle goes that route.
Uncategorized
Recent articles from Joseph Zita