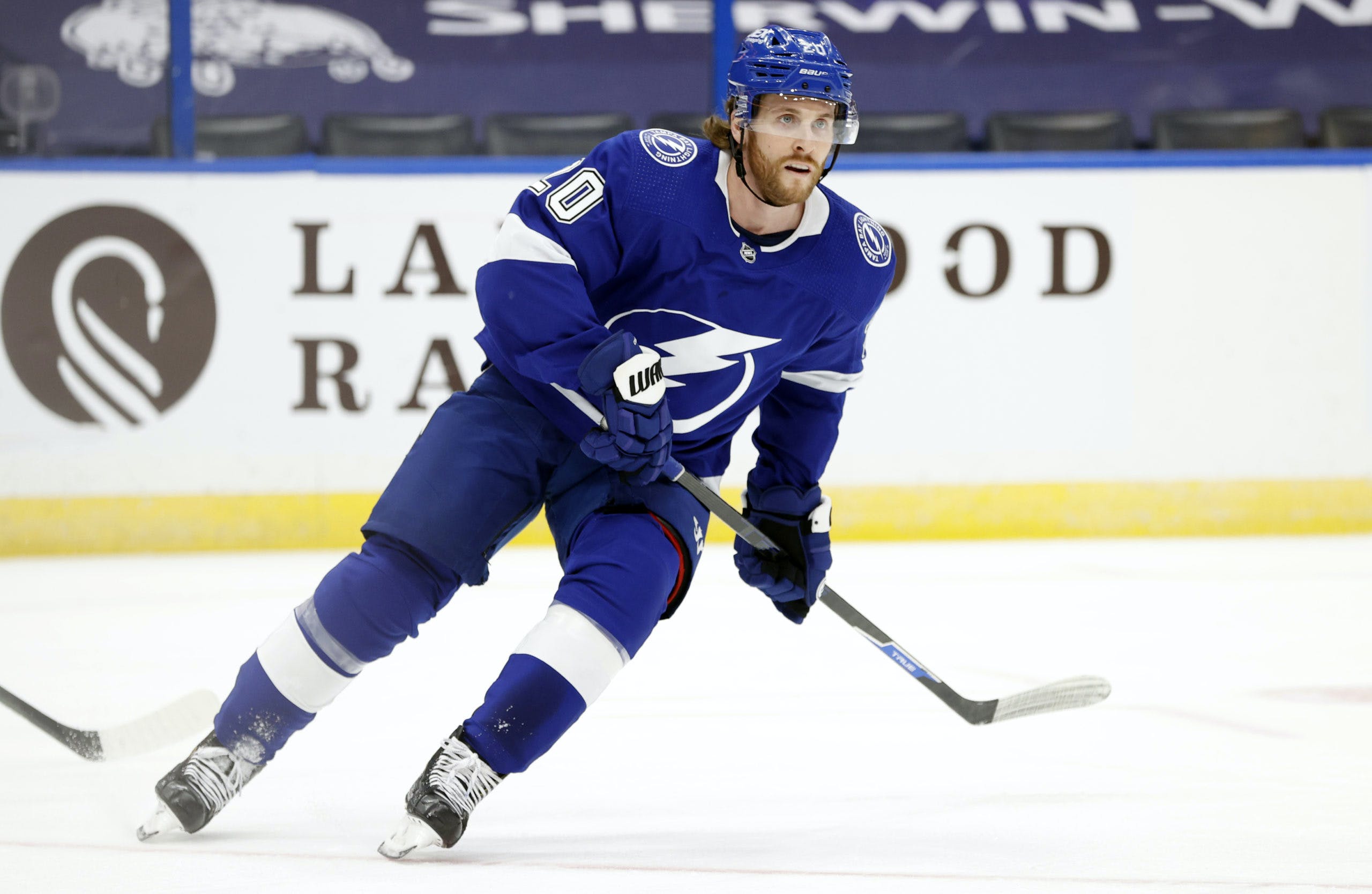 By Joseph Zita
1 year ago
Since the Toronto Maple Leafs have been eliminated from the playoffs, it’s now time for the trade rumours and free agent rumours to start swirling around, and since we talk about the Maple Leafs, I feel like the rumours are going to be coming out 24/7, simply because of how these playoffs ended for them and how they are more than likely going to make more changes to the roster.
With Toronto having seven pending UFA forwards entering this off-season, they are going to make some decisions on who to bring back and who to let simply walk away from the team. I think it’s safe to say that out of all seven forwards that are set to become UFA’s (Nash, Hyman, Simmonds, Foligno, Galchenyuk, Spezza and Thornton) the Maple Leafs may only have interest in bringing back maybe just three of them. I feel like Jason Spezza is more than a lock to re-sign here and I also feel like they’ll try and make Zach Hyman a priority as well as Alex Galcenyuk if they could maybe work out a similar deal he was signed to this season.
For the other guys such as Nash, Simmonds, Foligno and Thornton, I just don’t see them wanting them to return unless it’s Nash and or Simmonds for very cheap compared to what their previous cap hit was, but I guess we’ll just have to wait and see what they do this off-season because it’s going to be very interesting to see what happens. With that all out of the way, let’s go over three free-agent left-wingers that the Toronto Maple Leafs should target this summer.

2020-21 stats – 55 GP – 14 G – 17 A – 31 PTS – 15:28 TOI
Blake Coleman is the exact type of player I would want to go after this off-season if I were the Toronto Maple Leafs, especially if they aren’t able to bring back and re-sign pending UFA, Zach Hyman as both players play a similar style of hockey and are good on both ends of the ice. Coleman got traded to the Tampa Bay Lightning from the New Jersey Devils around the 2020 trade deadline and has played a big part in Tampa’s success ever since then.
He’s a player that can easily play up and down the lineup, on the first line or even the fourth line depending on where you want him to play, and he brings a pretty solid offensive game alongside a great defensive game at 5v5. On top of that, he kills penalties and does a good job at it too and just like Hyman, he’s a good forechecker and he retrieves a lot of pucks. Coleman is currently in the last year of his three-year deal that he signed while he was still on the Devils and by the looks of the current number on that contract, it’s safe to say he will be getting a raise from the current $1.8M per year.
With the play from Coleman through these three years of this contract and the current cap situation with the Tampa Bay Lightning, it’s going to be really hard for them to keep him, let alone pay him close to or exactly what he is looking for on his next contract. So I believe the Maple Leafs could and should try and take a run at a guy like him, especially if they aren’t able to keep Hyman.

This graph from Evolving-Hockey.com shows how well Coleman has generated offence and how well he has been defensively this season with the Lightning, and if we want to compare him to Zach Hyman, it’s pretty similar, to be honest. Have a look.

2020-21 stats – 55 GP – 6 G – 14 A – 20 PTS – 15:07 TOI
Barclay Goodrow, who is teammates with fellow Lightning, Blake Coleman, would actually be a good second option to Coleman if the Toronto Maple Leafs can’t sign him this off-season. Goodrow plays a similar style as Hyman and Coleman and would more than likely be a lot cheaper than both players as he doesn’t put up similar numbers offensively as both guys, but can still generate some offence and he is pretty responsible defensively and can play the penalty kill as well.
Goodrow is in the last year of his two-year deal carrying an AAV of $925K, and with the services he can provide on the ice, that’s great value for someone like him. Just like Coleman, I believe he’ll be granted a raise from what his current contract is, however, I don’t think it’s an amount that will break any team’s bank compared to what Coleman and Hyman could potentially make. The thing with Goodrow is Tampa Bay may be able to keep him and re-sign him as opposed to Coleman, but if that’s not the case at all, the Maple Leafs should be all over Goodrow if he comes in at a pretty good price.
He’s coming from a team that has won the Stanley Cup and has made deep runs in the playoffs, he is a player that can chip and grind away and make it hard on opponents to score on the ice whenever he’s out there with them. For someone that can provide some offence and defence and can also play a physical game when needed, he wont come in that expensive for the Maple Leafs and i think they should take a run at him and Coleman, or at least one of the members of the Lightning heading into this years off-season.

2020-21 stats – 53 GP – 10 G – 10 A – 20 PTS – 14:09 TOI
Lastly, Warren Foegele of the Carolina Hurricanes would be a nice addition to this Maple Leafs team next season if they’re looking for players that play a certain style like all these players I have listed. Foegele is in the last year and only year of a one-year deal worth $2.15M, and if I’m being honest, I like that value a lot for what Foegele brings on the ice, offensively and defensively.
The only thing with Foegele is he’s a pending RFA, not a UFA like these two other players and I feel like the Hurricanes would love to bring him back next season and have him on the team for the foreseeable future. However, if they do go the route of not bringing him back to the Hurricanes, the Maple Leafs should honestly consider him as one of their target options this summer either via free agency or even via trade with Carolina if Carolina doesn’t want him to walk for nothing because they’re going to be needing to fill some roster spots heading into next season.
Just like Coleman and Goodrow, Foegele can provide a little bit of everything on the ice and it’s definitely great to have someone like that on your hockey team, especially if you’re the Toronto Maple Leafs. You can never go wrong with adding a guy like that to the forward group that can play up and down the lineup either alongside guys like Auston Matthews and Mitch Marner, John Tavares and William Nylander or even on the third-line with whoever and act as a shut-down third line, something that Sheldon Keefe has wanted for some time now.