Talent developers or winners: How the Toronto Marlies can be both 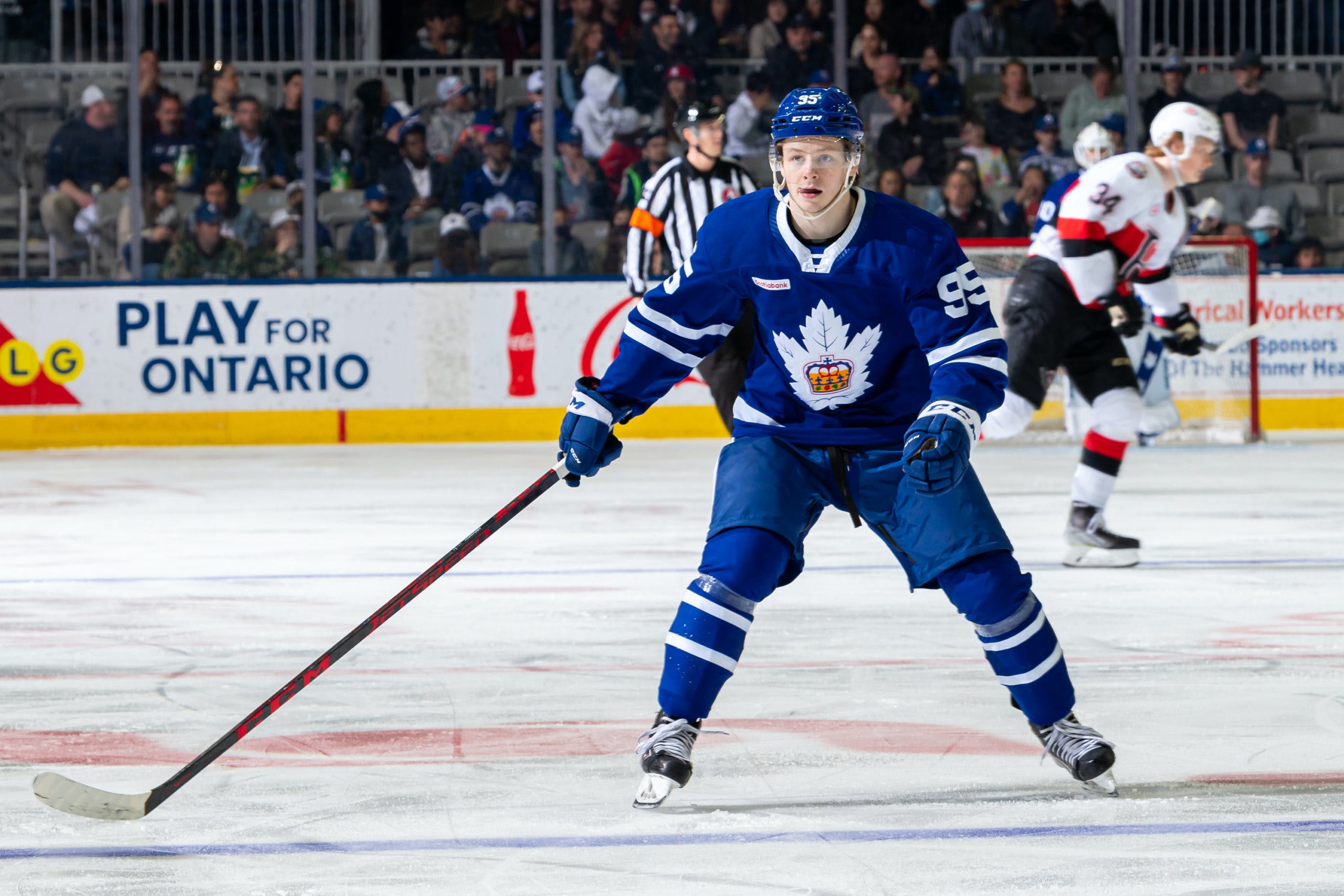 By Nick Barden
5 months ago
The Toronto Marlies are in a unique situation when it comes to both talent development and being a competitive AHL team.
Looking back to last season, the team was going through a rebrand — going from having a number of veterans on the team to now only having one or two. And with Rich Clune’s retirement, that amount gets even thinner.
As of right now, Toronto only has one player over the age of 25 that’s signed to an AHL contract, and that’s Logan Shaw. However, there are a few players, such as Jordie Benn, Kyle Clifford, and Carl Dahlstrom who are also over 25, but signed to NHL contracts.
The point is, the Marlies are going young and they’re hoping that their young talent can grow into well-experienced players. That, in turn, will make them competitive in the years to come.
It begins with players such as Mikhail Abramov, Semyon Der-Arguchintsev, Curtis Douglas, and possibly Bobby McMann, if he doesn’t make the Maple Leafs out of training camp. (There are more players than that, depending on whether they make the NHL or not.)
Each of these players had big roles last season, however it’s worth noting that this year is bigger than ever for them. All four have had a season to acclimate themselves to the AHL — now this is where the work begins.
Having players like those around will be key because they’ve had certain experiences that they’ll be able to share them with the rookies like Max Ellis, William Villeneuve, Axel Rindell, and Mikko Kokkonen. The experience part, although it doesn’t seem huge, will be a massive benefit for a lot of players entering this season.
The two of Joseph Woll and Erik Kallgren will be in that category as well. Each had some time in the NHL (Kallgren more than Woll), and while some of their numbers weren’t the most eye-popping, this is a very important year for the two of them.
If both goaltenders can find consistency and stay healthy, the Marlies could have all the success that they’d like.
One of the biggest assets Toronto has, though, is their development staff. From Hayley Wickenheiser all the way down to recent hire and former Marlies captain Rich Clune, there’s a lot of experience that can be relayed to these players.
Having Clune in their development staff will be a massive plus because he understands the grind of being an AHL player from the bus rides to even winning a Calder Cup back in 2018. Each staff member has their own experiences that they can bring to the rookies which’ll help a lot, especially throughout next season.
But it’s not just players who have just gone through their first full year of AHL hockey — pencil in Marlies head coach Greg Moore and GM Ryan Hardy into that category as well. It might not seem like the biggest thing, but for those two, having one year of experience will help the team drastically.
It’ll be huge during game situations, but more in the day-to-day work as well. Getting to know players, understanding them more, pushing them to be at their best all of the time — that first year of experience could prove to help the Marlies in those categories a fair bit entering this season.
Having a successful team, though, has a lot to do with the players on the ice and how much they want to improve. Looking back to last season, it was evidently clear that there was something special with the Marlies with the amount of leadership, they just needed some time.
Now that a lot of these players have had one season under their belts, the real test begins — being competitive and staying competitive — through a full 60 minutes and an entire season.
More from The Leafs Nation: