Tavares, Boeser injured, salary cap to increase and Knight extended: Around the NHL 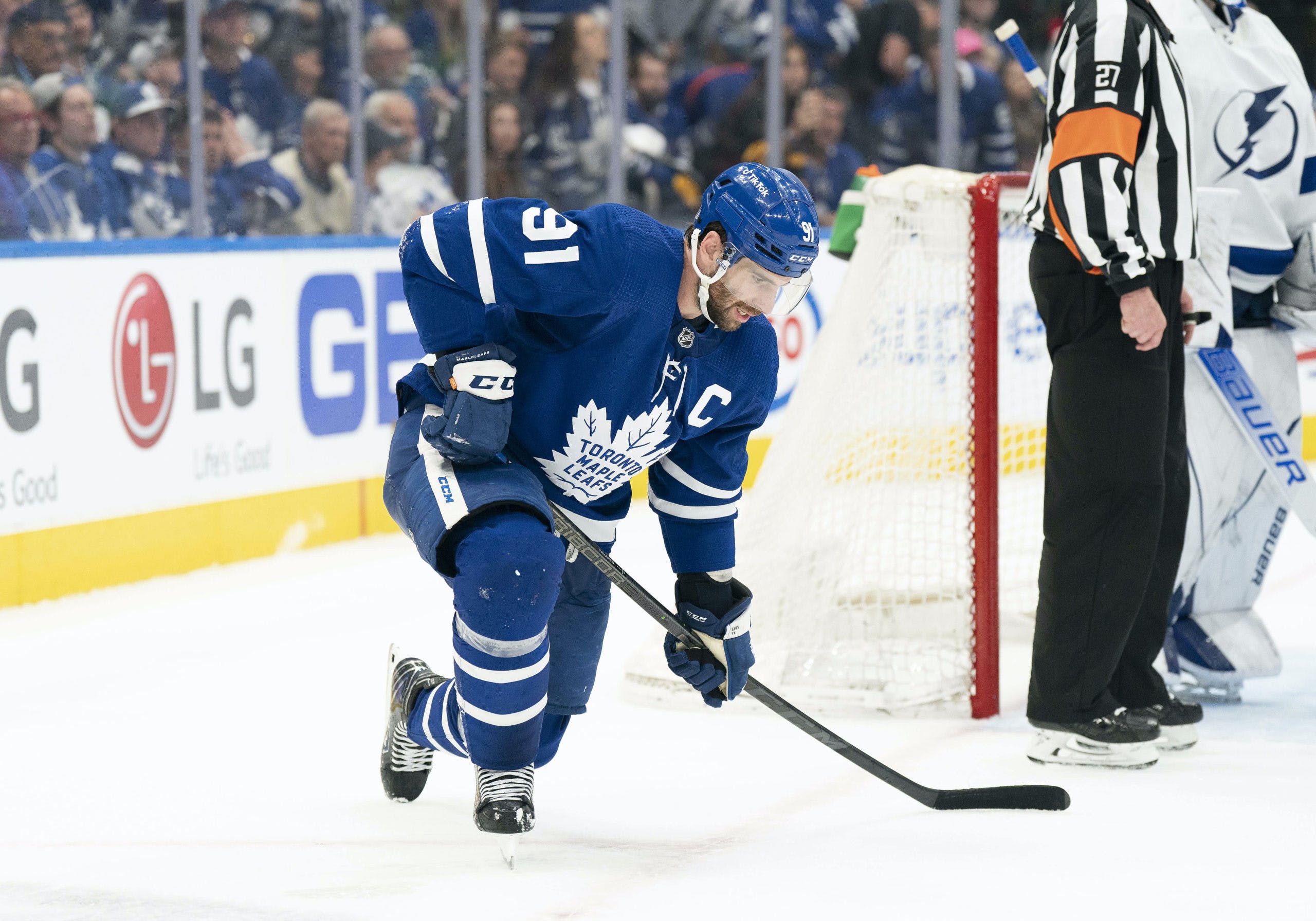 By Scott Ony
1 month ago
The NHL regular season begins in nine days. Training camps and pre-season games are underway and unfortunately that means injuries. Two key players from Canadian teams will be missing the next few weeks and two long injured players are likely out for the entire season.
There has also been some news that pertains to the entire league. The salary cap is expected to make a significant jump for the 2025-26 season and Canada announced they will be dropping vaccination mandates for travel.
Management and coaches have switched their focus to choosing their opening night roster but there have been a few contracts signed over the last week and there are still four restricted free agents.
Tavares injury
During Saturday’s game John Tavares suffered an oblique strain. The Maple Leafs’ captain is expected to miss roughly three weeks. Tavares joins Timothy Liljegren and Pierre Engvall as players who will be missing the start of the regular season for Toronto. Jake Muzzin and Adam Gaudette are dealing with minor injuries as well but are only day-to-day.
This is an extensive list for a team that hasn’t even played a regular season game yet. Luckily for Toronto none of the injuries are serious.
Boeser hand surgery
Canucks winger Brock Boeser underwent hand surgery to repair an injury suffered in training camp on the weekend. He is expected to miss three to four weeks.
Like the Leafs, the Canucks look like could be missing a few NHL regulars on opening day. Former Leaf Ilya Mikheyev is week to week with a lower body injury, though it doesn’t look to be serious. Another former Leaf Travis Dermott was hurt in practice as well. The extent of his injury is unknown.
Ellis, Patrick out for the season
Acquired via trade from the Nashville Predators prior to last season, Eliis was expected to lead a young defensive core in Philadelphia. It’s been over a year now and he has played only four games as a Flyer. The team was hopeful he would be ready to play early this season, but his rehab has not gone well.
He is still nowhere near ready to play because of his back injury and it’s possible his career could be over.
Nolan Patrick will miss the entire 2022-23 season as well. Patrick played over 70 games in both of his first two NHL season’s but has struggled with injuries ever since. Being out for this season will mean he will only have played 77 games from 2019-2023.
The second overall pick in 2017 may be forced to retire before his 25th birthday. It’s a sad story for a once promising prospect.
Salary cap increase
The NHL salary cap increased to 82.5M this year and will go up by another million to 83.5M next year. It is then expected to make significant jumps the following two seasons. By 2025-26 the cap is projected to raise to over 92M.
This will be huge for the Maple Leafs as Auston Matthews’ and William Nylander’s contracts expire in 2024 and Mitch Marner’s expires in 2026. If his development goes as planned, Timothy Liljegren could be in line for a massive raise in 2024 as well.
Canada drops vaccination mandates for travel
Canada has dropped the vaccination requirement for people entering the country. Professional athletes located in the United States will now be allowed to cross the border and play games in Canada. Last season Red Wings forward Tyler Bertuzzi was the only NHL player to be impacted by the mandates.
Knight extended
The Florida Panthers have extended goaltender Spencer Knight for three years at an average annual value (AAV) of 4.5M. Knight is in the final year of his entry level contract. The new deal will begin in 2023-24.
Drafted 13th overall in 2019, the 21-year-old goalie has played in just 36 NHL games. He is 23-9-3 with a .909 SV% and 2.74 GAA in his young career.
This is a substantial contract for a largely unproven player, though he does have a high ceiling and it is extremely impressive for a goaltender to have any NHL experience at all at 21 years old.
Sergei Bobrovsky is still under contract at a 10M AAV for the entirety of Knight’s deal. Starting next season the Panthers will be paying their goaltenders a whopping 14.5 million dollars per season.
Depth signings and RFAs
Notable depth players signed over the last week include:
Andrew Peeke three years 2.75M AAV (CBJ), Brett Ritchie one-year 875k (CGY), Adam Ruzicka two years 762.5k (CGY) and Nikita Soshnikov one-year 750k (NYI).
Robertson (DAL), Sandin (TOR), Formenton (OTT) and Hague (VGK) still remain unsigned.
More from TheLeafsNation.com:
News
Recent articles from Scott Ony