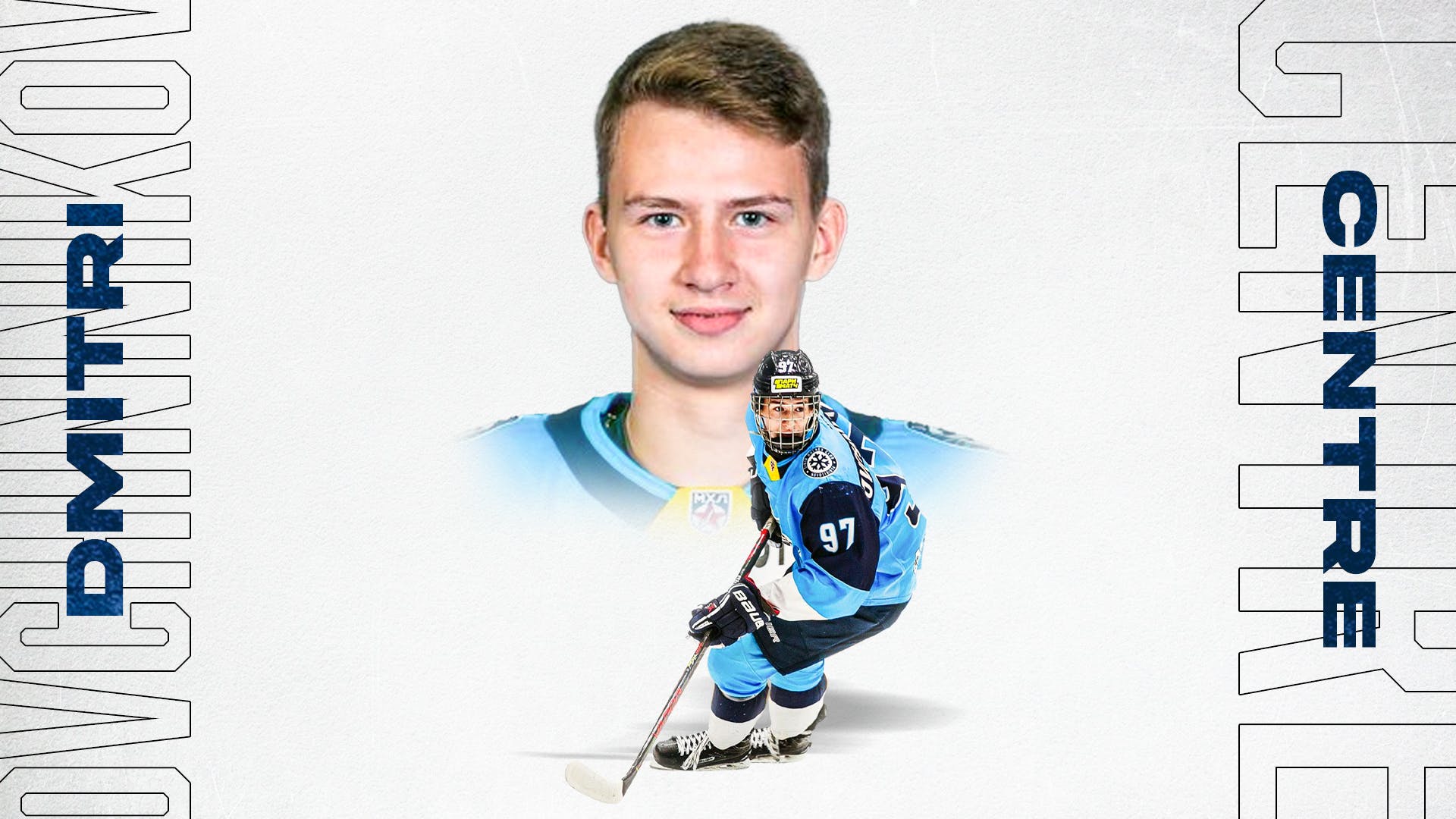 By Nick DeSouza
1 year ago
Rasmus Sandin, Semyon Der-Auguchinstsev, Topi Niemela, and Roni Hirvonen.
These are the players the Leafs have drafted using the infamous “trade-down” strategy since Kyle Dubas became the GM. Trading down is a strategy that makes sense. At the end of the day, the draft is like a lottery, and the more tickets you have, the better your chances are at success.
In comparison, trading up is also a strategy that can work. After all, you are competing with 31 other NHL teams for a particular set of players. If you want a specific guy, you better pick him before someone else does. In the last four drafts, the Leafs have traded up ONCE.
…And that was for the 2020 5th round pick, Dmitri Ovchinnikov.
Position: C
Age: 18
Height: 5’11
Weight: 163 lbs
Drafted: 2020 5th round, 127th overall
2020-2021 Team: Sibir (MHL/KHL)
2020 Prospect Ranking: Honourable Mention
Statistical Review:
Ovchinnikov dominated the MHL last season, finishing with 51 points in 40 games. His per-game point production was third in the league for players who competed in more than twenty games. Ovchinnikov also earned some playing time in the KHL last year. He registered one assist during this 16 game stint. It’s worth noting that Ovchinnikov was benched for four of these games, and only played 10+ minutes in three games. While he might not have played much, it’s impressive that he got a KHL call-up in the first place considering his age.
Below I have Dmitri Ovchinnikov’s point per game production versus some other current NHLers who have played more than one season in the MHL. There really aren’t that many current NHLers who have played in the MHL for multiple years. Young Russian prospects who have aspirations to play in the NHL are usually either good enough to jump to the KHL at an early age or fly to North America to play junior there.

While Ovchinnikov’s MHL production isn’t in the neighborhood of NHL stars like Kucherov and Gusev, it is comparable to the others, especially his draft and Draft +1 seasons. Points aren’t everything and a player’s development is a long process with many factors deciding it but this (at the very least) demonstrates that Ovchinnikov’s MHL production shouldn’t be overlooked. If the fifth-rounder ends up playing a game for the Leafs, that’s a successful pick.

Ovchinnikov is a fun player to watch. In many ways, he exemplifies the way the Toronto Maple Leafs, as an organization, want to play the game of hockey. Toronto likes playing with the puck on their stick and wants to spend most of their time in the offensive zone. Ovchinnikov’s the same way and his stand-out skill is his ability to transition the puck. He’s always looking to move forward and is a double-threat puck-carrier in the neutral zone. While many players are either in “pass-mode” or “carry-mode” when in transition, Ovchinnikov can scan the ice and execute passes while in stride. He’s not the fastest skater, but he navigates laterally effectively through traffic at a high level.
As a result, he generates a ton of clean entries at the MHL level. Although he does sometimes elect to gain the zone, curl, then send the puck back to his defenseman (The Kasperi Kapanen special), Ovchinnikov isn’t afraid to attack the center of the ice either.
Another hallmark of the current group of Leafs prospects is their high-level understanding of the spacing on the ice. Rasmus Sandin, Rodion Amirov, and Mike Koster are prime examples of players who have this skill. I would add Dmitri Ovchinnikov to this list.
Ovchinnikov loves holding onto the puck until the last possible second before dishing it off to his teammate. It’s something he does often with success. When it’s completed near the net, the defender is forced into thinking he has a chance at poking the puck away and it leads to a better scoring chance for his teammate. It can also drag the goaltender out of position.
Ovchinnikov’s timely passing also gives his teammate more time and space with the puck. Here are two examples of it. The first attempt gets cut off, but the other gives his RHD a chance to step up into open ice and make a royal road pass. Love the fact that Ovchinnikov finds the seam and is the player who receives the pass back.
He doesn’t have a heavy shot, but he is able to fire it off using a number of different body stances. He’s also comfortable on his backhand. Ovchinnikov receives passes well, and can get them in a shooting or passing position pretty quickly. His comfort level with the puck on his stick combined with his creativity and vision makes him a tough player to predict.

Ovchinnikov’s play without the puck is a bit of a mixed bag. He certainly is a decent puck thief and shows flashes of hustle to win possession back but his lack of strength limits his ability to win physical battles. He doesn’t generate many clean takeaways via stick lifts but he can poke pucks off the opposition quite well.
In the defensive zone, on the forecheck, and in 50-50 battles are the areas where Ovchinnikov will have to improve the most if he wants to be an everyday NHLer in the future. Former Leafs prospect Dmytro Timashov had a similar frame to Ovchinnikov. In the AHL, Timashov was able to produce offensively but only gained an NHL spot once he learned how to use his body and tenaciousness to win pucks on the forecheck. Ironically, Timashov’s first role as an NHLer was on a defensively oriented fourth line on a team coached by Mike Babcock. I don’t think many expected that when he was still a prospect.

All in all, Ovchinnikov is an interesting project. He’s a smart player who has the raw tools that should make any Leafs fan excited. I expect Ovchinnikov’s game to improve as he continues to grow physically. Personally, I ranked Ovchinnikov lower (16th) than his overall TLN ranking (14th). I don’t think his MHL production or skill-set suggests that his ceiling should be higher than a bottom-six forward and his floor is lower than the other Leafs prospects in this tier. Due to Ovchinnikov’s size, I do think it will take him a touch longer to adjust as to playing in adult pro leagues. Despite being overlooked during the draft, smaller players have to really shine in particular areas if they want to make the NHL. Ovchinnikov will need to get quicker, stronger on his feet, and produce at a pretty high clip in the AHL (when he gets there) if he wants to get a look in the NHL one day.
Dmitri Ovchinnikov is young and has a long way to go. Earning a spot on Sibir’s KHL squad would be great and it should give us a strong indication of where his overall game stands against grown men. Historically, KHL teams don’t deploy young players to help their development especially if they know the player might leave to North America. I don’t expect Ovchinnikov to put up big numbers in the KHL next year due to his ice time but it should be interesting if his performance gets him a look on Team Russia’s world junior team. If this happens, I wouldn’t be surprised if Ovchinnikov is higher on this prospect ranking in one year.
Uncategorized
Recent articles from Nick DeSouza