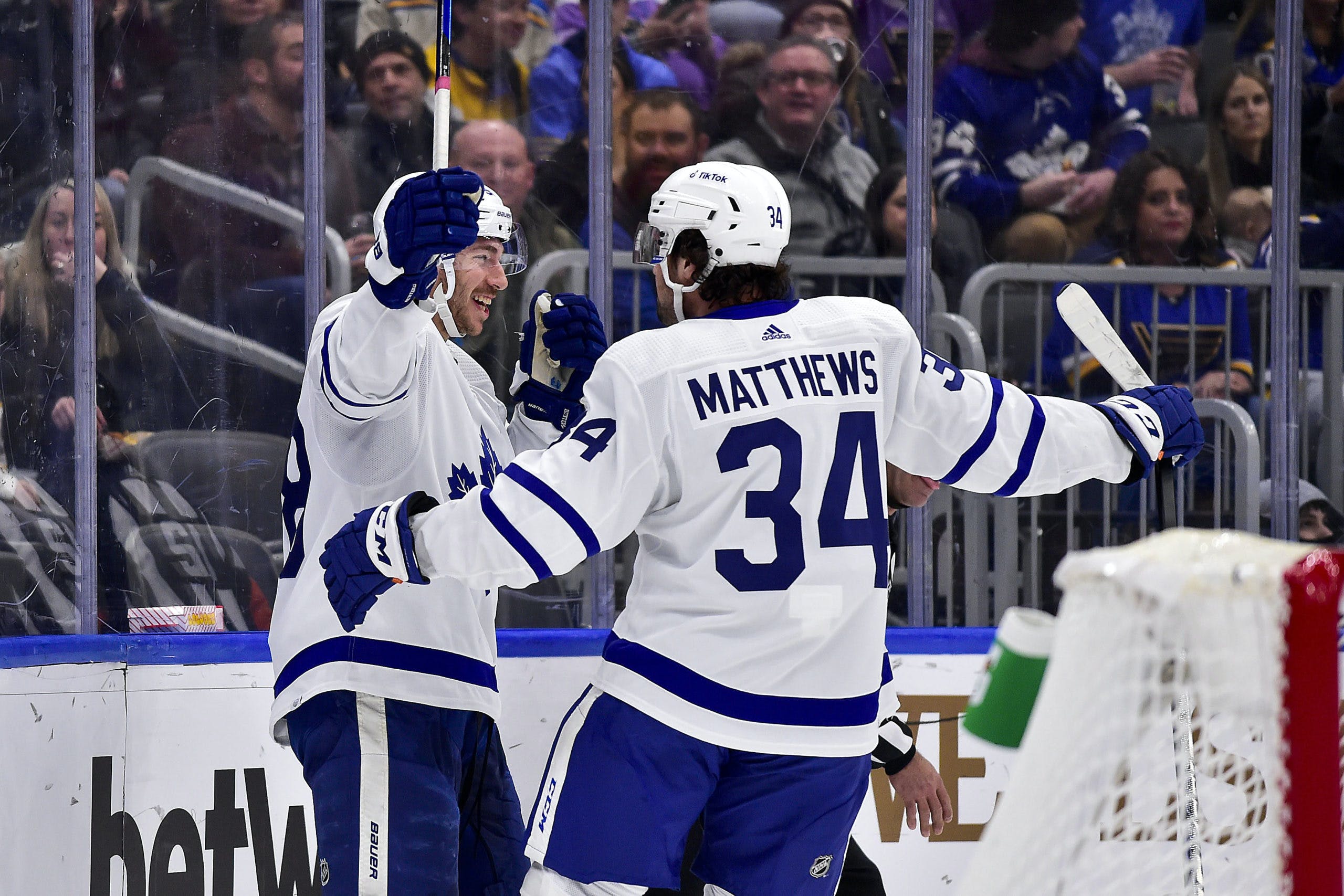 By Joseph Zita
1 year ago
The Toronto Maple Leafs began their six-game road trip last Saturday in Colorado to take on the Avalanche and I think we all know how that game ended up for Toronto. They took an early 3-0 lead and then a 4-1 lead but then proceeded to blow it and lose 5-4 in overtime. However, at least they grabbed a point on the road in a tough building against a very tough opponent. This week began in Vegas to take on the Golden Knights for the second and last time this season and, just like the game prior, the Maple Leafs grabbed an early lead and then proceeded to blow it. However, they managed to grab the win this time in a shootout and begin their road trip with three out of the possible four points.
They were on a back-to-back and were now on their way to Arizona to play the Coyotes for the first time since November of 2019 – which was Sheldon Keefe’s debut as Head Coach – but, unlike the two prior games, there wasn’t a lot of scoring going on and Toronto ran into Dominik Hasek himself in net as Karel Vajmelka made 45 saves en route to a frustrating 2-1 Arizona win. By no means did Toronto play a bad game, Arizona just got carried by their goalie and you got to give credit where credit is due.
The Maple Leafs then ended their week as they played the St. Louis Blues for the first time in quite a while. Just like their games against Colorado and Vegas, Toronto grabbed an early multi-goal lead and then proceeded to blow it as the game went on. It was 3-1 Toronto then 3-3 then 4-3 Toronto then 5-4 St. Louis and then Auston Matthews and Ilya Mikheyev came to the rescue to score the fifth and sixth goals to snatch their second win on this road trip.

It’s been an incredible season so far for Morgan Rielly and it seems like he’s really taken that next major step ever since he signed that contract extension early on in the season with Toronto. We all know what Rielly is capable of on the offensive side of the puck, but it seems like he’s really taken a leap in the right direction on the defensive side of the puck as well and that could also be due to the fact he’s on a pairing with TJ Brodie. Brodie is more than likely helping him in that department on the ice when they’re together, but even when they’re not together, Rielly is still making smarter decisions without the puck.
Rielly picked himself up three assists last week in the three games to improve his point totals to 31 points in 36 games – which is a 71 point pace through a full 82 game season – and would be a career-high for him after he finished with 70 points back during the 2018-19 season. On top of his offensive abilities and the improved defensive play from Rielly, he’s been a very, very important piece on that back end this season for the Toronto Maple Leafs and I think we all can agree on that.
He opened up the beginning of the week with a single assist against Vegas Tuesday night on a great outlet pass to William Nylander who undressed Robin Lehner early in the first period to give the Maple Leafs a 1-0 lead at the time. He went pointless in a game against Arizona that barely saw any goals but then bounced back with a multi-point effort against the Blues as he picked up two assists in a 6-5 win. With the three assists he picked up last week, Rielly was also making good plays like the one shown below in the defensive end and hustling hard on the backcheck on a couple of chances that the opposition had against Toronto.

After having a slump production-wise a while ago, Michael Bunting found his groove again and strung together a little five-game point streak – which included 10 points in that span – then found himself in a little drought again right before the break due to COVID-19. In seven games prior to this road trip, Bunting had only two points after going on a little streak of racking up the points, however, this road trip seemed to help his confidence as he is currently on a four-game point streak with a goal and three assists.
Bunting opened up this road trip with an assist against Colorado and continued that into Vegas and Arizona as he picked up an assist in each of those two games as well. He ended up picking up his first goal in 10 games against St. Louis in such Michael Bunting style as it was a rebound off of the goalie’s pad and he just crashed the net to tuck it into the net and tie the game at one. Although it seems like Bunting has been a little inconsistent when it comes to putting up the points, he does so much more than just score and dish out assists.
We all know what kind of game Bunting plays and we’re all grateful for it, of course. Yes, he can put up the points, but the way he’s played on the top line compliments Matthews so much and it’s great to see him get under the skin of some of the other players he goes up against. He currently has 23 points in 36 games this season and that is defiantly more than we could’ve asked for thus far to start the season. For $900K, he’s giving this team great production and the type of game he plays is something this team needed to bring in after losing Hyman in the off-season to Edmonton.

The first star of the week is none other than the man himself, Auston Matthews. Not only is Matthews continuing his scoring ways, but he just made Toronto Maple Leafs history against the Arizona Coyotes as he scored in his ninth straight road game to set a franchise record. In those nine road games, Matthews has 11 goals and he was looking to continue that in St. Louis last night against the Blues. Well, he did just that and has now scored in 10 straight road games and is now just one road game away from tying the NHL record.
He opened up the week with a nice net-front goal against Vegas to give Toronto a 2-1 lead at the time in that game which was set up by both Michael Bunting and Ondrej Kase who both made great passes to work it to the front of the net to give it to Matthews. He then scored in his ninth straight road game with his iconic curl and drag around the defensemen’s stick which then beat the goalie up high to tie the game at one. Scoring and tying the game at one must’ve felt awesome for him, but scoring and tying the game while in Arizona probably felt even better for Matthews. It sucks they ultimately didn’t pull out the win, but it’s not like the team played badly at all.
Matthews ended his week with another multi-point effort this season as he grabbed another goal and an assist on Michael Bunting’s goal which was the first goal of the game to tie it at one after Ryan O’Reilly scored for the Blues in the first period. Matthews’ 12th goal in these 10 road games tied the game at five in the third period while on the power-play after Toronto gave up yet another lead in that game. It was a solid week for Matthews, to say the least, and has been an even better season for him production-wise thus far.
Uncategorized
Recent articles from Joseph Zita