The Leafs Are Embracing Their New Reputation 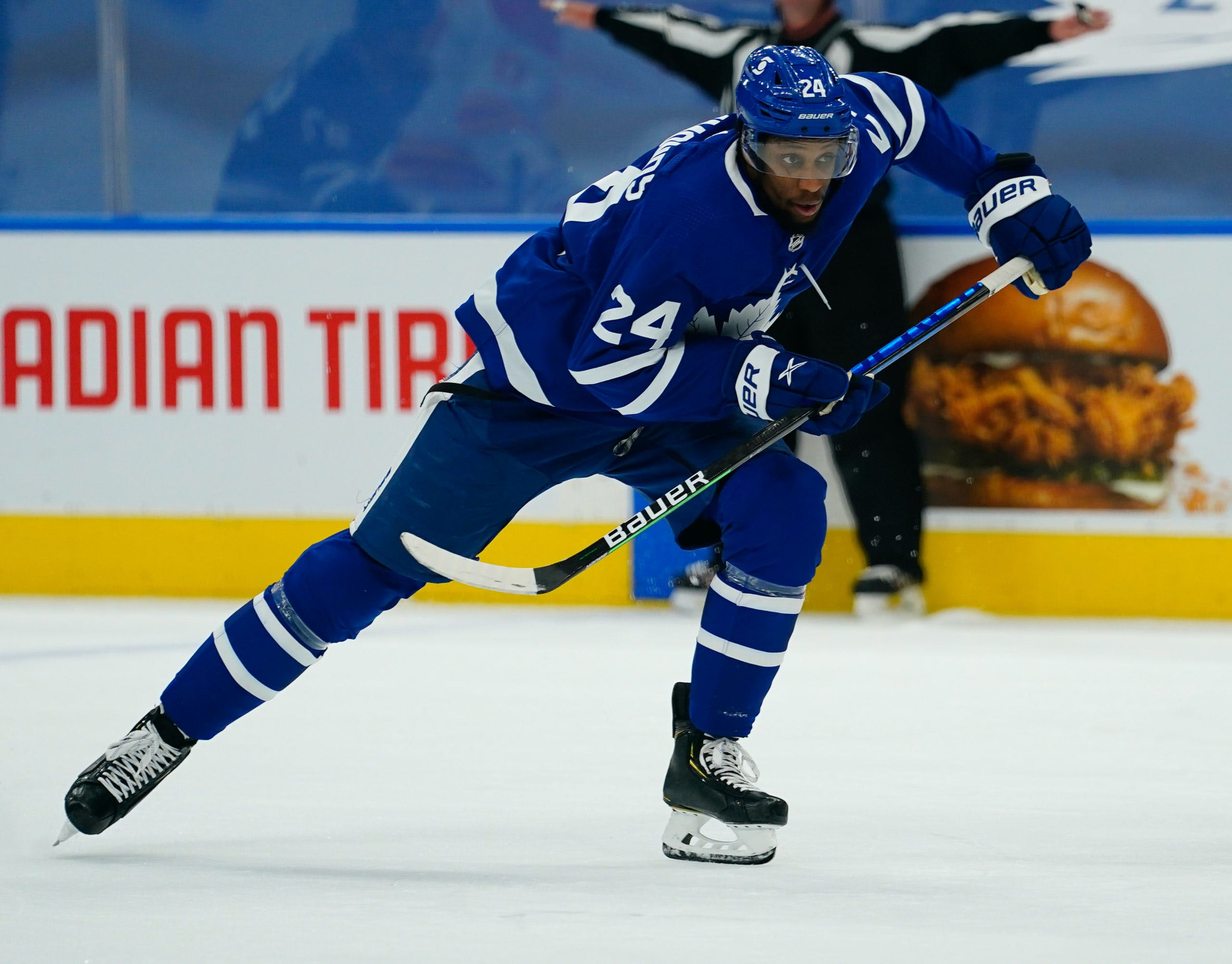 By Dylan Murphy
1 year ago
In one of the most head-scratching days on Twitter, a new narrative was formed on Friday when tweets from Winnipeg beat reporter Murat Ates suggested that the Toronto Maple Leafs were a dirty team.
While this narrative was picked up and explored by the Toronto media, it will no doubt be hilarious to most of the Leafs’ fanbase. A team with some absolute teddy bear personalities like Jack Campbell, Mitch Marner and Joe Thornton couldn’t possibly be a dirty team.
In fact, all we’ve heard for so many years, from the media and a certain section of the fanbase, is that the Leafs are a soft team, they don’t defend themselves, don’t drop the gloves or throw the body. Many have even suggested that “Kyle Dubas hates grit,” and to be fair, there have been times where their game has lacked that element, but to paraphrase a quote from Wayne Simmonds, they start defending themselves and all of a sudden, they’re a dirty team? I don’t buy it.

The arrival of Nick Foligno and the recent resurgent performances from Simmonds and Thornton have undoubtedly put a new level of swagger in the Leafs most recent showings against the Jets. And the rest of the team seems to be embracing this new level of toughness (may I suggest bring back the big, bad Bay Street Bullies moniker?), even Auston Matthews (courtesy the ever-awesome TicTacTOmar):
I’ll admit, I’ve long been a proponent of “fights and hits don’t matter, you win the game by scoring goals” but this… this is pretty awesome. They’re not just gooning it up for the sake of it, they’re using the physicality to establish dominance all over the ice, sticking up for one another, opening up lanes for offensive plays and disrupting their opponent’s attempts to cycle the puck.
In fact, there’s an argument to be made that “gooning it up” is an exaggeration. In this most recent two-game series with Winnipeg, the Leafs were out-hit 57 to 38, and in the five previous games, the hit totals weigh slightly in the favour of their opponents- 107 to 105. So it’s hard to chalk up this newly found “mean streak” to a marketed change in strategy. What’s more likely is that it’s the full team buying into the ‘playoff hockey’ mentality that they’ve been burned for not having in the past.
This team’s idea of toughness for the past several years seems to have been to put the responsibility on one guy (Nazem Kadri, Jake Muzzin, Kyle Clifford for some examples) and have them lead by example, but not seeing enough of the team follow along. Now, it appears that the whole team has bought into the idea that in order to win, everyone has to do their part to wear down their opponents. It’s not exactly the same as the Bay Street Bullies of old, but combining this new attitude with a lineup that has offensive threats from all four lines and the Leafs undoubtedly have a special stew cooking up.
Some fans may turn their nose up at this and still maintain (like I did) that fighting is stupid and you only win by scoring goals, they should’ve put their focus on that when deciding who to add at the trade deadline. Look how playing ‘dirty’ worked for Boston in the playoffs (pick a year), or Columbus in the play-in round. Look at the success of teams like the Washington Capitals and St. Louis Blues, who blended physicality with the highest levels of goal-scoring skill.
It doesn’t matter how they win.
Just win.
Content
Recent articles from Dylan Murphy